Facebook is rolling out new tools in India which will prevent the misuse of your Profile Picture. The new feature was added in response to feedback from users in India, citing the numerous safety and privacy challenges that Indian users face with their social media accounts.

With Facebook’s new Profile Picture Guard feature, you will now be able to prevent your profile picture from being downloaded by anyone.

Facebook Product Manager, Aarati Soman revealed this feature on Wednesday. The Photo Guard or Profile Picture Guard will be accompanied with a new design feature which compliments the former. Facebook’s research shows that adding unique designs to your profile picture also helps stop its misuse:

Based on preliminary tests, we’ve learned that when someone adds an extra design layer to their profile picture, other people are at least 75% less likely to copy that picture.

What Does it Do?

Indian users will be able to see a step-by-step guide to secure their profile picture in their News Feed soon. After setting up the Profile Picture Guard:

How to Turn it On 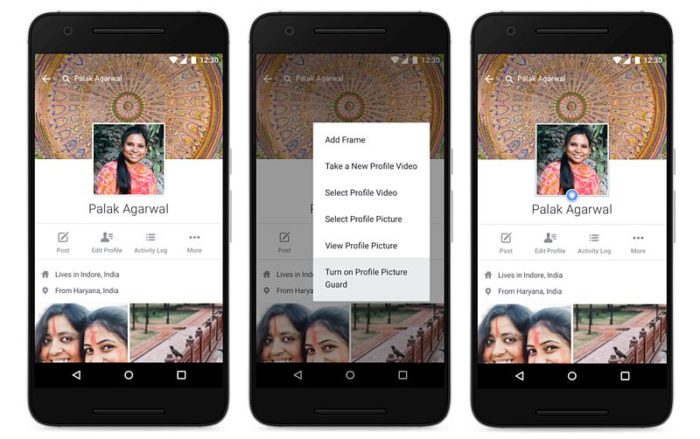 Facebook has said that the feature is expected to be available in other countries soon.