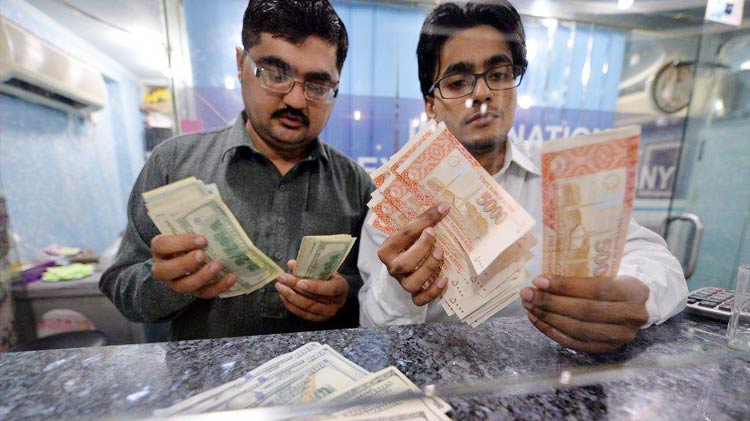 The PKR-USD exchange rate in the interbank market has depreciated by 3.1 percent from Rs 104.90 per US$ yesterday to Rs 108.25 per US$ on Wednesday.

State Bank of Pakistan, in relation with sudden spike, convened an emergent meeting to evaluate the situation. Meeting — that was joined by senior SBP officials — discussed the overall market situation and PKR-USD parity.

SBP said that macroeconomic indicators have been showing encouraging picture, such as decade-high real GDP growth, increase in investment, credit expansion to private sector, and subdued inflation; the deficit in the external account has been rising for some time.

Accordingly, the exchange rate adjusted in the market and SBP is of the view that this depreciation in the exchange rate will address the emerging imbalance in the external account and strengthen the growth prospects of the country.

SBP also said that the current exchange rate is broadly aligned with the economic fundamentals.

SBP said that it will continue to closely monitor the developments in the foreign exchange markets and stands ready to ensure stability in the financial markets.

Open market dealers in interbank market told ProPakistani that gap between demand supply of US dollar is widening and that is why PKR remained under pressure lately.

Dealers said that there is heavy demand of US dollar in interbank market for the payment of petroleum and other imports. They said that in such situations when demand is high, the supply is not appropriate and this is why PKR depreciated instantly.

Due to decline in PKR in interbank market, open market went under confusion as exchange companies halted the business and opted not to deal in any PKR-USD exchange.

Impact of rupee decline is very vital on the Pakistan’s economy. If PKR depreciates, on any day, the imports instantly become costlier while exports become cheaper.