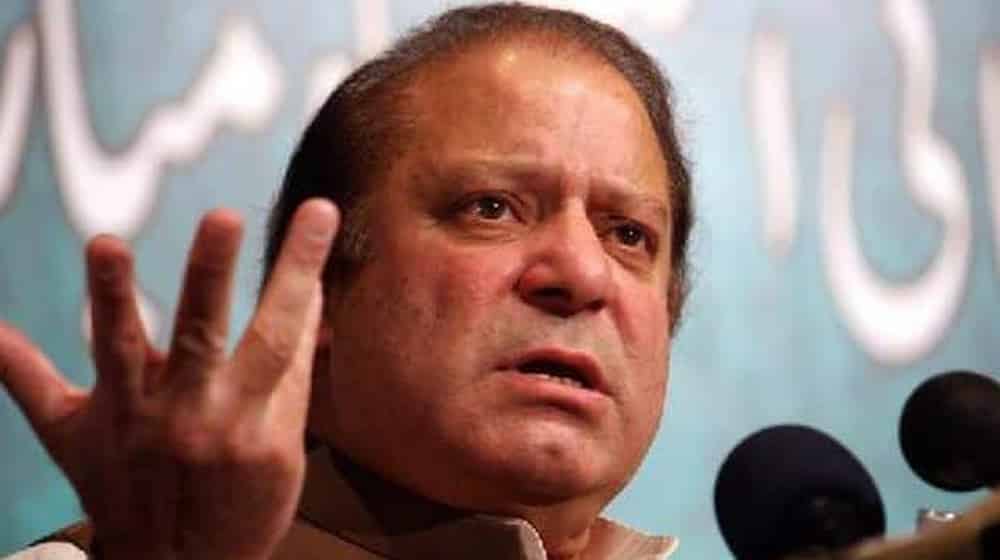 In one of its findings, the JIT probing the Sharif family has concluded that the documents submitted by Hassan Nawaz and Maryam Safdar are in fact falsified and that she is the real and beneficial owner of the Avenfield (Park lane) apartments. The report states that Maryam Safdar submitted fake documents and misled the Supreme Court and the JIT.

The investigation team states that “It has been proved beyond doubt that Ms Maryam Safdar had been the owner of Avenfield properties.”

The manner in which the JIT came to the judgement that the documents are fake, has also been detailed.

On February 4, 2006, a ‘trust deed’ was signed between Hussain and Maryam where the latter was declared as a “trustee” of the Avenfield property. When the JIT requested the Sharif family to submit evidence regarding the deeds for M/s Nielson Enterprises Limited, M/s Nescoll Limited and Coomber Inc, Maryam Safdar submitted ‘original’ documents which turned out to be just good quality modified photocopies of the originals.

The same documents have also been shared by Maryam Nawaz via a Tweet.

The JIT sent the documents to London’s Radley Forensic Document Laboratory where the lab expert found that the font used in both the documents was “Calibri.”

It is in fact true. The Calibri font was released commercially by Microsoft alongside Office 2007 and Windows Vista, which introduced the ClearType fonts collection.

Read More: Nawaz Sharif Had a Work Visa for Dubai While He Was PM of Pakistan

For documents produced and signed in 2006, the use of the Calibri font was not possible since any “original” documents or their photocopies could not have been typed with a font that wasn’t commercially available at the time.

The JIT concluded that the use of the Calibri type font proves that the documents were manufactured after the mentioned dates.

The trust declaration documents, presented by Ms Maryam Safdar to the JIT as well as the photocopies of these documents submitted in the Honourable Supreme Court of Pakistan are fake and fabricated documents. 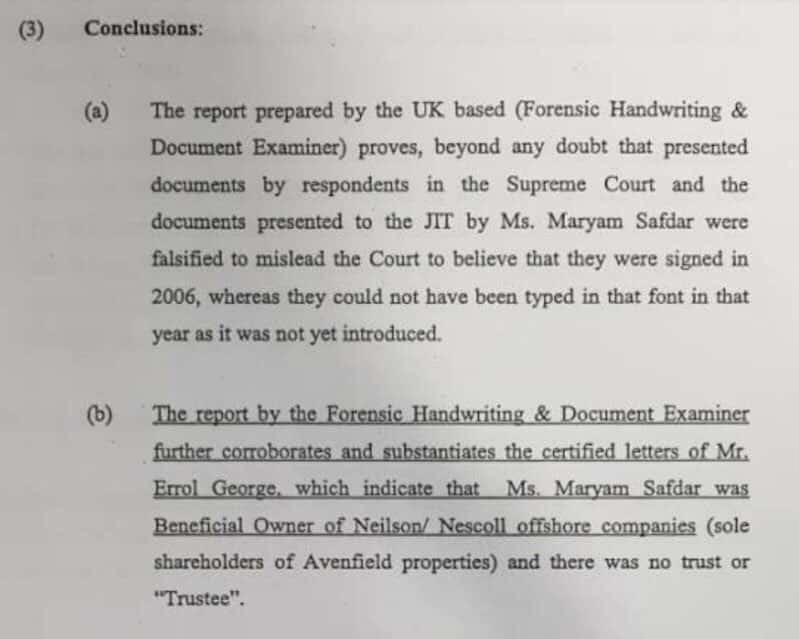 The same documents were also signed by Maryam Safdar, Captain retd. Safdar and Hussain Nawaz. Submitting false documents to the court is considered a criminal offence under Pakistani law.

Page 55 of the JIT’s report on the Sharif family mentions the use of the Calibri font.