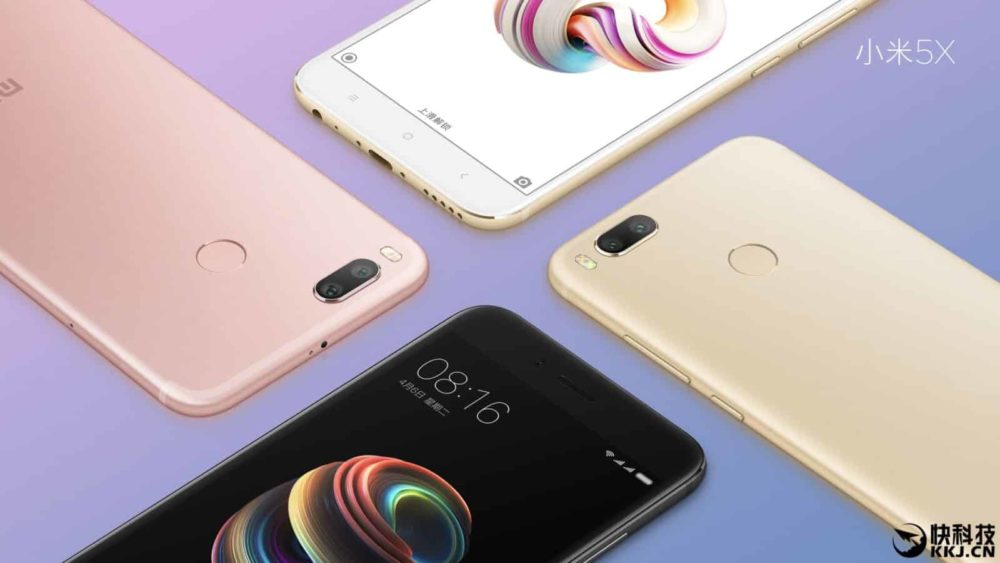 Xiaomi has officially revealed the Mi 5X in China. Succeeding the Mi 4X, the new phone comes with an upgraded feature set and MIUI 9.

The phone was leaked extensively in the past few weeks with some of them being on point in terms of design and specifications.

The Xiaomi Mi 5X will be available for sale in China in the first week of August at a price of CNY 1,500 which is approximately equal to Rs. 23,500/-.

Availability in Pakistan has not yet been confirmed but we expect to see it here soon.

The Mi 5X features a metal unibody design that has curves on the sides.

There’s a fingerprint scanner that is placed in the center of the phone on the back. You also get the dual cameras and an LED flash back there.

On the bottom of the phone you get the 3.5mm headphone jack, USB Type-C port and a loudspeaker. On the right side of the phone is the volume rocker and the power button.

The Mi 5X features a Qualcomm Snapdragon 625 on the Mi 5X along with 4GB of RAM. Snapdragon 625 is a popular choice for mid-range smartphones due to its low power draw and good day to day performance.

Internal storage is also a generous 64 GB which should be more than enough but if not, the Mi 5X also allows you to expand it via microSD card slot which actually uses the second SIM card slot.

Perhaps the highlight of this phone is its dual rear camera setup. This is similar to what you would find on the Mi 6.

One of the lens is a 12 MP wide-angle whereas the other one is a 12 MP telephoto lens. This is similar to the iPhone 7 Plus’ setup.

There’s also a dual tone LED flash and phase-detection auto focus in tow. The front camera is a 5 MP shooter.

Keeping everything powered is a 3,080mAh battery. It is not as huge as last year model’s (4,100mAh) but coupled with Android Nougat and MIUI 9 on top, it should still provide decent battery life. But don’t expect it to perform any better than the Mi 4X.