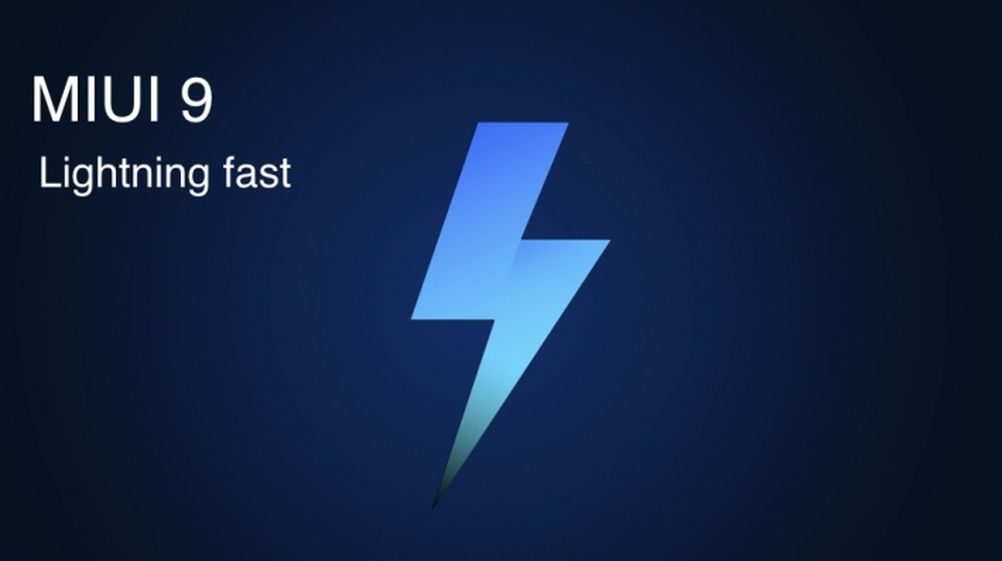 Xiaomi had announced its plans to unveil the latest version of their custom android skin, MIUI 9, and its list of supported devices along with the Mi 5X. Delivering on its promise, MIUI 9 was announced this Thursday with 3 ‘new’ features. The company was keen to point out that its MIUI is used by more than 2.8 billion users worldwide, the most for any smartphone OS.

The ‘new’ part may apply to the MIUI itself, as we have seen similar features from Google already. Let’s see what Xiaomi has in store for us with MIUI 9. 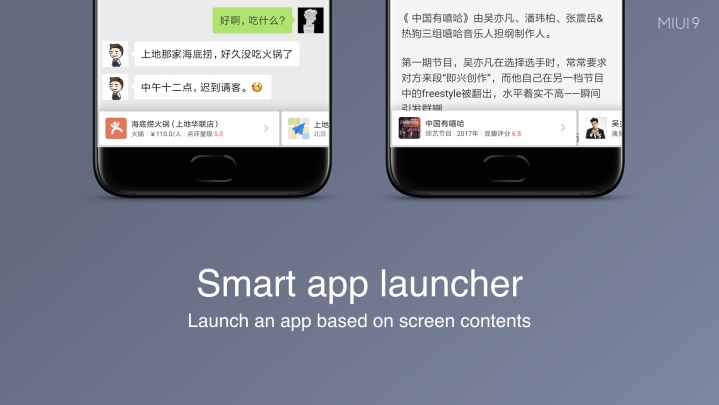 You are planning to spend some time with your buddy over a hollywood flick. Your friend suggests a movie and you want information about it. What do you do? You back out of the messaging app, open IMDb (or Google), type in the name of the said movie and finally get some details about it.

This is where the new smart app launcher comes in to save your valuable time. It will detect that you are talking about a movie and will open an app for you with more details, saving you the hassle of manually searching for it.

But this isn’t something new. We have already seen this on Google’s now launcher where it scans the user’s screen and provide information about its contents. 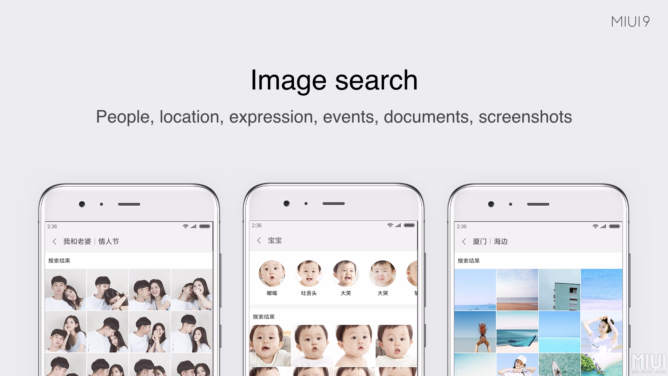 With large storage options available on today’s smartphones. our photo libraries can get pretty crowded and hard to navigate through. The new image search can come in handy when trying to find a picture.

You can search for terms like ‘dog’ or ‘cat’ and the software will filter out images according to the  keyword. Sound familiar? Google Photos has already implemented this and quite well at that.

It will be interesting to see how good Xiaomi’s implementation is and whether it is a good alternative when the OS officially launches. 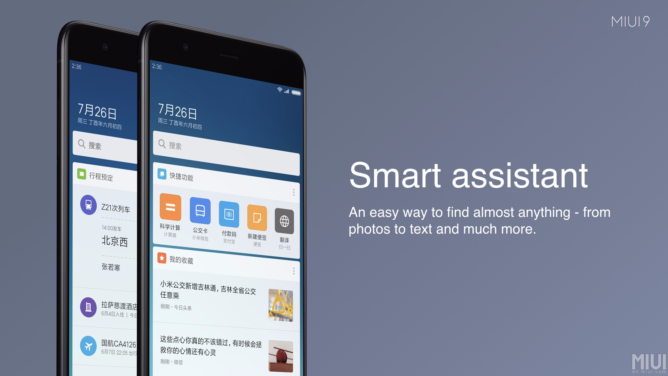 Yes, Xiaomi has joined the (now crowded) smart assistant club with their newest iteration of MIUI. Unsurprisingly it’s similar to other personal assistants like Bixby, Google Assistant and Siri.

It will help you perform basic tasks like searching through the phone for photos, calendar events and notes.

Again, we will have to wait for the official release before we can have an apples to apples comparison of Xiaomi’s assistant with the existing assistants present in the market. 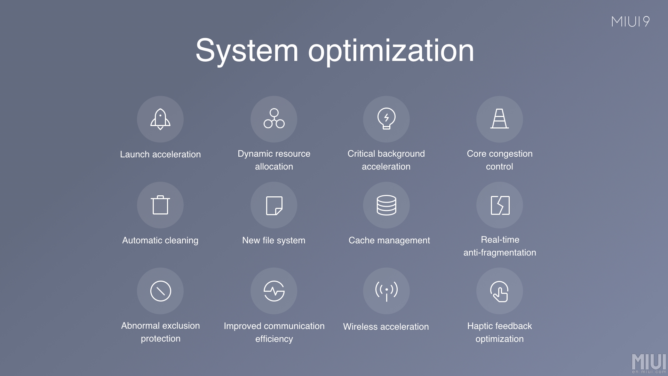 Other than the new features, MIUI 9 also comes with optimisations to enhance the user experience.

The first of which is a reduction in app launch times thanks to the dynamic resource allocation which gives priority to the app running in the foreground. This gives the app valuable system resources which would be otherwise wasted on backgrounds tasks. 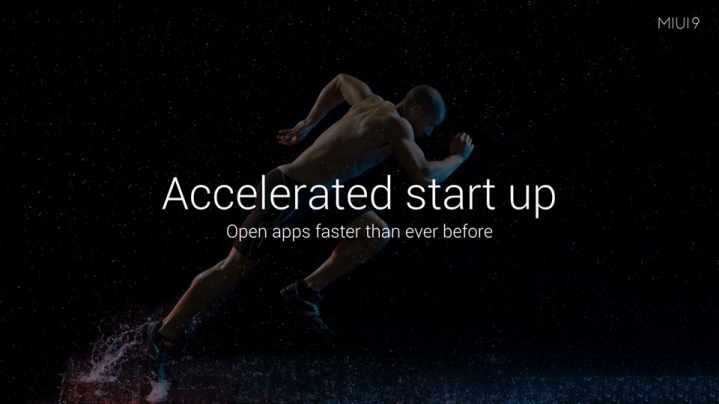 The second change is the inclusion of Nougat’s split screen functionality.

The lock screen has also been redesigned with a new shortcut to the flashlight by swiping right.

Additionally, if you’re fan of theming, MIUI 9 has a variety of theming options present to make your device unique.

Xiaomi plans to roll out the MIUI 9 China and Global Developer ROMs during August and a stable release of its China ROM in late September. A stable global release should follow soon after.

The company has been keen to point out that one or more of the above features might be available only for its China ROM though we will have to wait for the official release for more details.

Are you satisfied with the changes in MIUI 9? What features would you like to see in the coming updates? Let us know in the comments below.