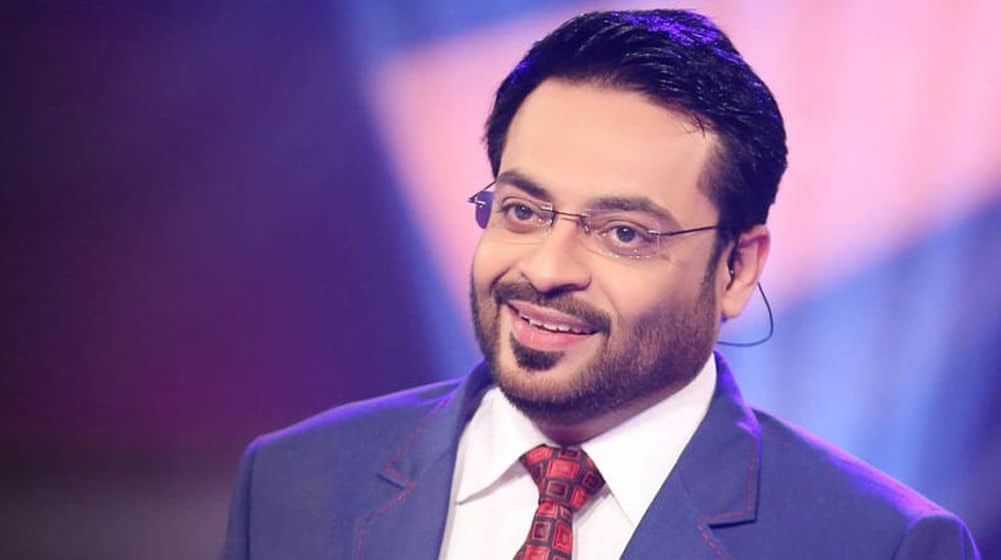 Aamir Liaquat stormed into the headlines with a shocking news a couple of days ago. He decided to part ways with Bol Network on 14th August during a live Independence Day special transmission of his show ‘Aisay Nahi Chalay Ga’. But, this is not the first time we’re hearing about him quitting Bol TV.

What exactly is he thinking and where is he planning to go remains the question. We’re waiting for him to speak up about the it though rumors from the media industry have given us glimpse of what might be going on behind the scenes.

The popular anchor person hasn’t announced his future plans, however, sources from the news industry claim that he has joined the newly launched Hum News.

There has been an alleged Twitter post from the former politician’s account saying that he is joining Hum News after leaving Bol. But, we’re unable to retrieve the tweet, it has either been deleted or was never there.

The religious scholar (some might debate over it but still…) hasn’t posted any news about Bol or Hum on his official Twitter handle, despite tweeting about other matters.

There were rumours that Aamir Liaquat will be joining 24 News in May this year. The news network was aiming to get him on board in a bid to boost their ratings, however, it later proved to be wrong.

Its never too late, but you never know what’s going on in someone’s mind, right?

The famous host has been renowned for his Ramzan transmissions and any channel would love to have him on their sets thanks to his ability to increase public following which is what all TV channels desire these days.

There’s has also been talk that this is all just a publicity stunt by BOL News as it is gearing up to launch another TV channel – BOL Entertainment. Aamir Liaquat is planning to move to the entertainment segment of BOL Group if these rumors are to be believed.

Therefore, his statement that he won’t be seen on BOL news could also mean that he’s simply moving from the news section. If there’s one thing that BOL is known for, its their remarkably unique marketing tactics so it won’t be wrong to consider this rumor as well.

Meanwhile, social media, like always, has found a hot topic for debate and some casual fun.

Has Amir Liaquat left Bol TV? Happy Independence Day to my all the friends at Bol Network :)

Aamir liaquat hasn't left BOL Media Group. You will soon see him up with Sajid Hassan & others on BOL Entertainment which is launching soon.

Surprisingly, there wasn’t much hatred for Aamir Liaquat this time around on Social Media, which is usually ruthless. However, people look intrigued by his move, asking him to confirm the news.

#PakistanNewsroom pls let us know if Dr.Aamir Liaquat Hussain has left BOL ? Or it's just a rumour . Aamir Liaquat is the backbone of BOL

Sound off your opinion in the comments section.