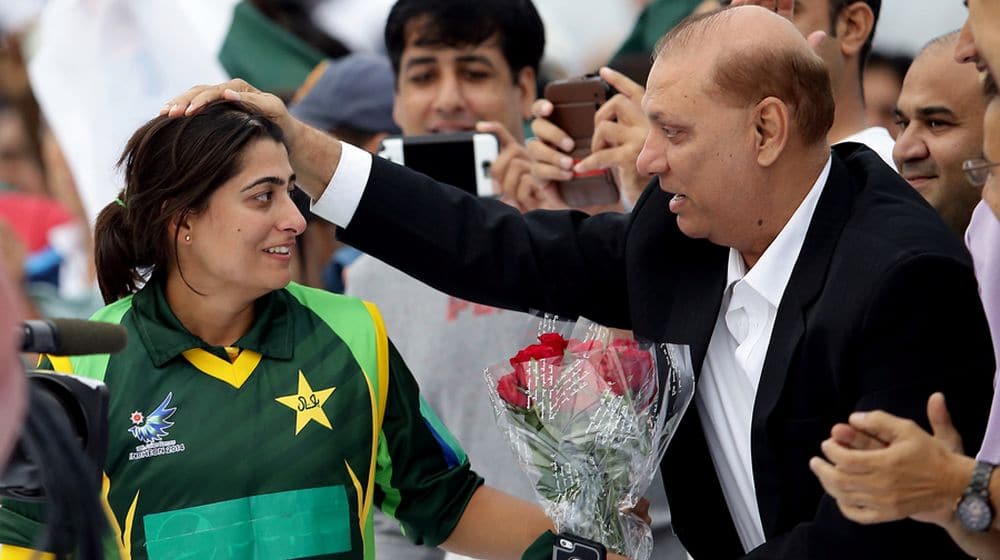 A non-profit organization, Asia Society, has named Pakistan Women Cricket team’s Captain, Sana Mir, among ‘Asia 21 Young Leaders’. She was listed due to her efforts in popularizing cricket amongst girls, which is generally considered a male-dominated sport.

Asia 21 is a world-renowned network of young leaders with its 800 young leaders from 40 countries and Pakistan women’s cricketing icon has been chosen for the class of 2017. Sana has confirmed that she will visit Melbourne in December for the Asia 21 annual summit and would love to meet the chosen professionals from 20 other countries.

She will also be meeting with the Asia 21’s alumni in the summit. Asia Society claims this nurtures collaboration and introduces positive impact in the Asia-Pacific region.

While reflecting on what leadership is, Sana said:

To me, leadership is service. It not only empowers individuals to be the change they wish to see but also gives them a unique opportunity to positively impact the lives of others. I believe an able leader is one who can nurture and give others the confidence to come into their own. A leader is one who has the will and capacity to give back to society selflessly.

Asia Society CEO, while talking about the organization’s vision, said;

Asia 21 really brings to life Asia Society’s mission to build bridges of understanding across the Asia-Pacific region, across different sectors and between Asia and the world. Our goal is not just to recognize the amazing work these young leaders are doing, but to connect them to one another so that they can take on some of the biggest challenges facing the Asia-Pacific region today.