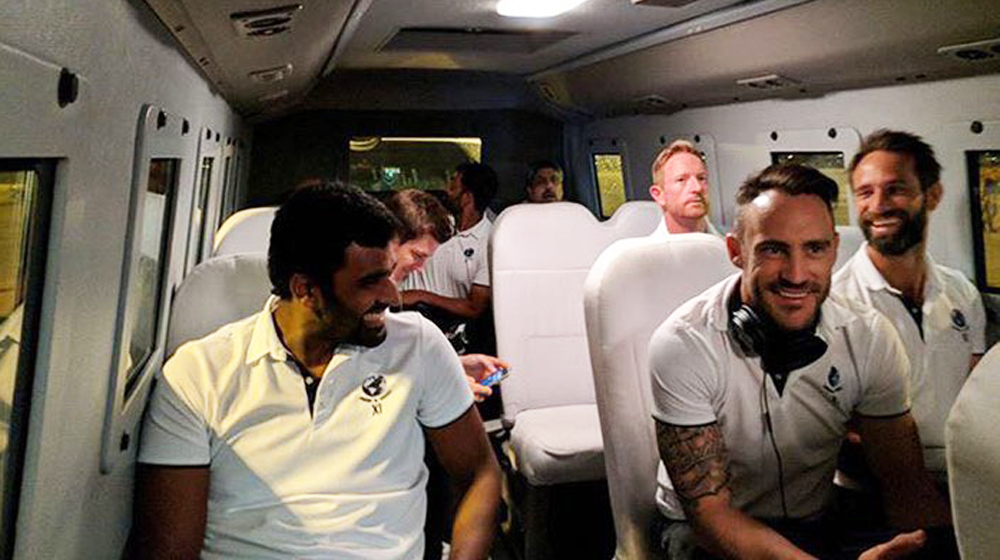 Following tight security, the team of stars has landed in Pakistan a day before the much anticipated three-match T20 series against Pakistan kicks off at Gaddafi Stadium.

The World XI team led by South Africa’s Faf du Plessis, was welcomed at the airport by the Pakistan Cricket Board chairmain Najam Sethi, before being escorted to a hotel at Mall Road.

“We are looking forward to seeing a lot of you watching the great cricket that we are going to put on show and we had a warm welcome already.”

Here are the international cricketers who are part of the visiting team to Pakistan:

The PCB is hoping to revive cricket in Pakistan with this series after gunmen attacked the Sri Lankan national cricket team bus in Lahore in 2009. That experience wounded several of the players, and claimed the lives of six policemen and a driver.

Pakistan has been without international cricketing events for the most part since then. And now it seems things are taking a turn for the better.

The World XI stars are all set to embark on the journey to Lahore.
Bring it on!#CricketKiHalalala #PAKvWXI pic.twitter.com/8M3C98LmNF

Both the federal and Punjab provincial governments have deployed thousands of security officials to guard the teams on the routes from their hotel to the Gaddafi Stadium, which will host the matches on Tuesday, Wednesday and Friday.

Roads and shops will remain closed around the 27,000 capacity stadium in order to ensure that no mishap occurs. The spectators will also undergo strict security measures before entering the stadium.