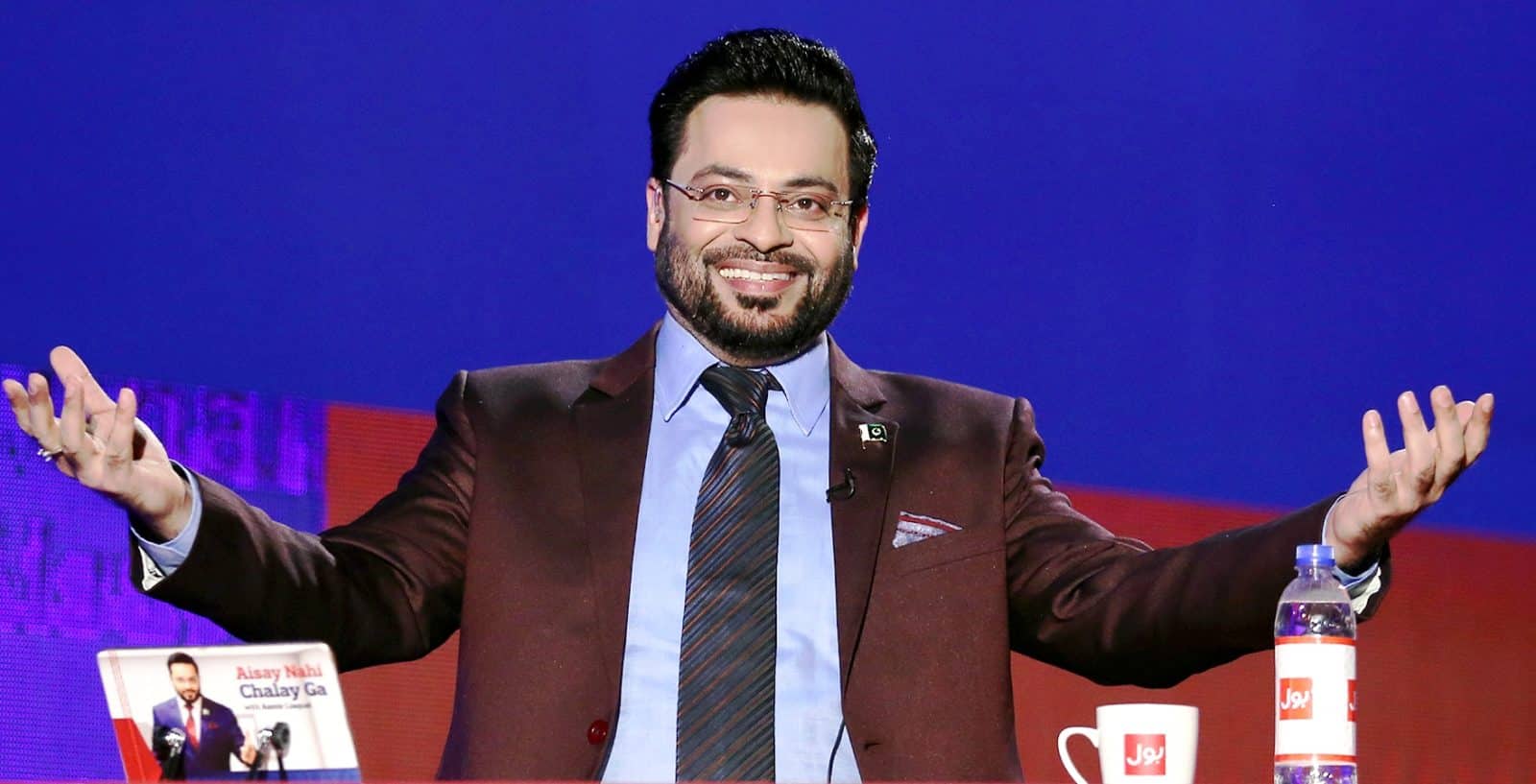 Aamir Liaquat and Waqar Zaka, the infamous duo, have been in the news in the recent days for their visit to Burma. While some people are appreciating their efforts for trying to do something, others are busy grilling them for the fake drama.

Well, one of those trollers turned out to be none other than the famous anchor and host Sana Bucha. She tweeted the picture of the duo, terming their travel to the racism-stricken country as a ‘freak show’.

It didn’t end very well for any of the parties involved.

The tweet which triggered brutal responses from the two celebrities known for controversy, Aamir Liaquat, and Waqar Zaka.

People like them should come with alerts. "Creep approaching"…"freak show alert" #justsaying pic.twitter.com/KWwMIi7KCt

The trip, whether or not there was one, was the talk of the town for quite a few days. But, according to an international news agency, there was a news regarding two Pakistanis being deported back to Thailand from Yangon Airport, Myanmar.

Aamir Liaquat, famous for his bold words, responded by tweeting this:

I do not know what is your "Psycho Problem"? but at least we are not "Cheap" like you. Do not force me to narrate your nasty stories

And this was just the beginning.

How could Waqar Zaka keep quiet about the issue; so he also chipped in, trolling her for her plastic surgery.

Creep? because I was in Burma, taking out families when u were busy fixing your nose & facial plastic surgery, AUNTY Jee think twice

And how can the Twitterati stay away from such controversies?

And Pakistanis have this unique talent of somehow associating Nawaz Sharif with almost everything.

Sana Bucha had no answer, possibly.

While some prayed that these two must stay in Burma forever.

Some know for sure that these two are a drama.

Will soon they will stage their own kidnapping and ransom