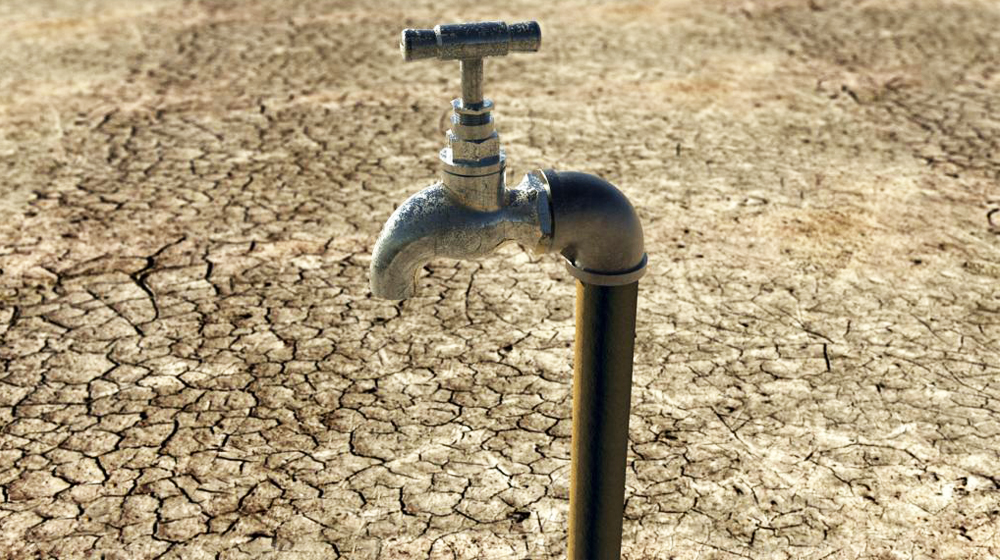 Experts warn that Pakistan could be heading towards severe water scarcity in the near future, by 2025 to be specific.

1990 saw Pakistan reach the “water stress line.”  If that wasn’t enough, the water level continued to fall till it crossed the “water scarcity line” in 2005 as reported by the Pakistan Council of Research in Water Resources (PCRWR).

The country’s media was informed about the situation by an informed government source. The source further added that shortage of funding was slowing down the process of finding a viable solution to this issue.

Even though Pakistan ranks 4th on the list of most water consuming countries, but it still depends on the Indus River as its sole source for water consumption. According to experts a decline in rainfall in the region has been witnessed due to climate change.

The largest city of Pakistan, Karachi, is home to about a million people. However, only a small number out of these million have access to running water, after the land dries up, with the remainder having to stand in lines for hours just to get basic supplies.

Ex-chairman of the Water and Power Development Authority (WAPDA), Shamsul Mulk, claimed that Pakistan did not have a proper water policy and that those in charge of making policies were like “absentee landlords” over water.

Because of this absentee landlordism, water has become the property of the landlords and the poor are deprived of their share.

Experts blame the high growth rate of population along with massive urbanization as major causes behind this water shortage. Some also blame the authorities in charge of managing the water resources along with climate change.

Irfan Choudhry, energy sector expert, believes a lack of willingness from the authorities to solve this issue is present as well.

There are no proper water storage facilities in the country. Pakistan hasn’t built new dams since the 1960s. What we see is political bickering over the issue.

The authorities need to act now. We can store water for only 30 days, and it is worrisome.

Politicians believe that corruption in the water sector has led to this due to those who aim to profit from scarcity of such a basic and necessary resource.

Some also suggest that India is behind this shortage and blame New Delhi for not upholding clauses of the Indus Water Treaty of 1960 which aims at the regulation of water from rivers of both states.