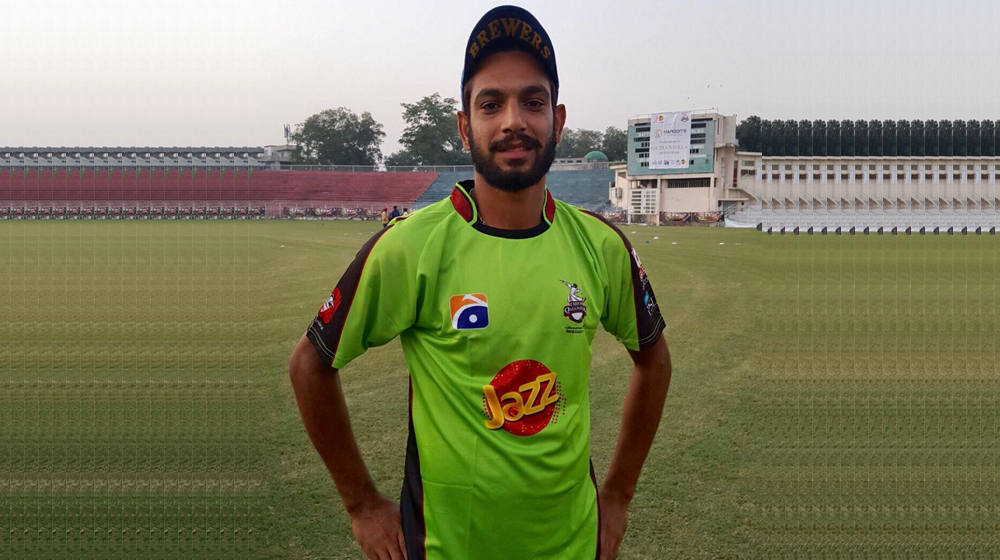 From an ambidextrous fast bowler to a 14-year-old speedster, Jazz Rising Star has found some splendid talent across Pakistan thus far.

During the on-going trials of Jazz Rising Stars Season 2, another 22-years-old young fast bowler — Haris Rauf — has been unearthed.

Haris, who belongs to the region of Gujranwala, shocked the camp with his pace. The right arm fast bowler made a serious impression on the selectors after one of his deliveries was clocked at 92.67 mph (149.1 kmph).

Pakistan has always produced quality fast bowlers and with talents such as Haris, there is no doubt that Pakistani cricket has a bright future. In order to bank on these talents, they need to be groomed — which is why Lahore Qalandars has decided to enroll Haris in a six-week training program at Marylebone Cricket Club (MCC).

Previously, Yasir Jan also completed a short stint at the MCC, and completed his training there.

Lahore Qalandar CEO, Atif Naeem Rana, was incredibly impressed at the sight of this extraordinary talent. Talking to a local media agency, he said that his job is to find such players and to transform them so they can turn into world class players.

Atif also said that they will be sending Haris to Australia with Lahore Qalandars Rising Stars team for a tournament, which is to be held there.

At the Gujranwala camp, Haris Rauf wasn’t the only attraction. Mahinder Paul Singh has also been selected for the final 16 for Gujranwala Rising Stars.

This dedication to absolute merit shows how the competition is providing a fair platform to all Pakistanis regardless of background or personal beliefs.