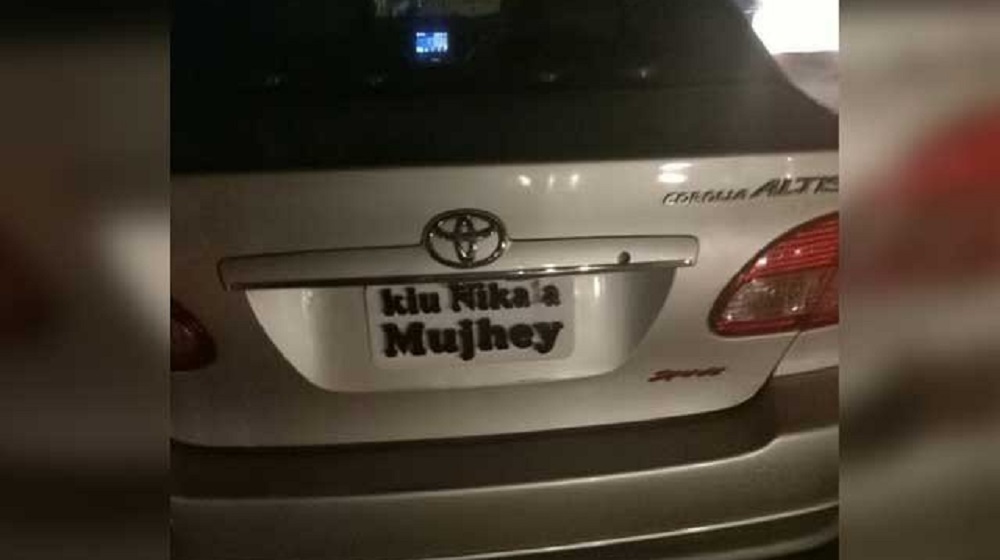 ‘Kiu Nikala Mjhe’ (Why was I expelled) was the catchphrase used by Nawaz Sharif after he was dethroned from his Prime Minister-ship. He said the infamous line against the court decision made on July 28 – the decision which disqualified him as the prime minister in the case of Panama leaks.

A man from Lahore decided to get a number-plate with “Kiu Nikala Mujhey” inscribed on it. The authorities failed to see the humor in it and slapped a fine of Rs 300 on the driver for having a non-standard number plate on his vehicle.

Warden Mudasir Iqbal passed a challan for Rs. 300 to the vehicle owner, Abrar Ahmed for the violation of traffic code-24 of the traffic law. He was fined in the Township area of Lahore. The challan showed that Abrar Ahmed had been fined for not having a standard number plate. His number plate was removed by the authorities and after getting charged, he fled the scene.

The catchphrase ‘Kiu Nikala Mujhey’ (why was I expelled) has been used by people to ridicule Nawaz Sharif, especially by the rival party, Pakistan Tehreek-e-Insaaf (PTI). The chairman, Imran Khan and the followers have used this catchphrase several times to mock the former Prime Minister upon his dethroning.

When Abrar Ahmed was getting penalized, hilariously, a crowd of people gathered at the spot and started chanting ‘Kiu Nikala Mujhey’.