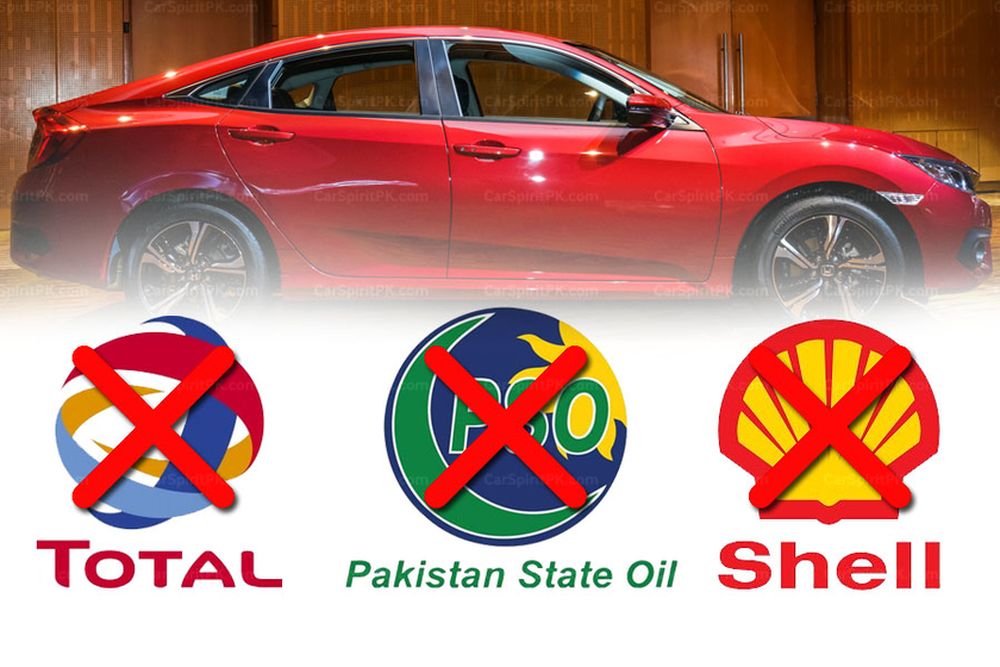 Honda Pakistan recently filed a complaint against major oil companies saying that petrol from these companies is harmful for cars.

Oil Companies Advisory Council (OCAC) has finally responded to the complaint filed by Honda. OCAC says if Honda doesn’t drop the case it will have to face legal action.

OCAC represents some major players in the oil market including Shell, PSO and Total.

Hascol Petroleum which is also a member company of OCAC, supported Honda’s allegations saying the manganese content is higher in petrol and fuel is of substandard quality. Hascol Petroleum demanded that government must take strict measures to upgrade and monitor the fuel quality in the country.

On this, OCAC official said that Hascol is trying to increase its market share by lamely criticizing the major suppliers. OCAC official continued, saying the fuel Hascol supplies is no different than what other companies are supplying.

Honda reported that the fuel supplied by Total, Shell and PSO contains higher content of manganese and is damaging the engines in its cars.

Honda also said that low octane fuel mixed with Manganese causes engine knocks in its cars and it also has detrimental effects on human health. According to Honda, it had to suspend 1.5L Turbo VTEC variant Civic due to this low quality of fuel.

OCAC says that fuel supplied in the country is in line with the standards approved by Ministry of Energy and Petroleum Division.

According the OCAC, the possible reasons why catalyst converters are being blocked maybe due to

Honda team from Japan was replacing the software used in the 1.5L VTEC strongly suggests that the problem is not fuel-related but because of an incompatible vehicle emission management system.

High Sulphur fuel causes poisoning of catalyst surfaces and reduces its efficiency. The reason why high Sulphur is used in fuels is because Pakistan is moving towards clean fuel and for that high Sulphur fuel is recommended. Honda’s complaint is valid in a sense because Sulphur content is higher than that recommended for Euro-IV vehicles.

However, OCAC explained, based on the specs of Civic variant that was included in the complaint, that 91RON is recommended for such a vehicle. Civic’s engine has a capacity to operate on a slightly lower octane number too but if it is run on anything below 90RON it will start to knock causing malfunctioning of knock sensor which will result in a plugged catalyst.

OCAC further said that delay in the variant’s launch is Honda’s fault. Honda failed to calibrate the new model to the local market and is looking to put the blame on fuel suppliers. OCAC says that no such issues will be faced if Honda properly calibrates the newer models to the local fuel.

OCAC admits that current fuel supplied has a high manganese content. According to them, the reason is the use of Methylcyclopentadienyl Manganese Tricarbonyl (MMT).

MMT is used so that unleaded fuel can be manufactured, refineries have been using it for the past ten years. And by using MMT, refineries are avoiding the use of aromatics, benzene and other olefins which are known to be harmful to human health and cause cancer.