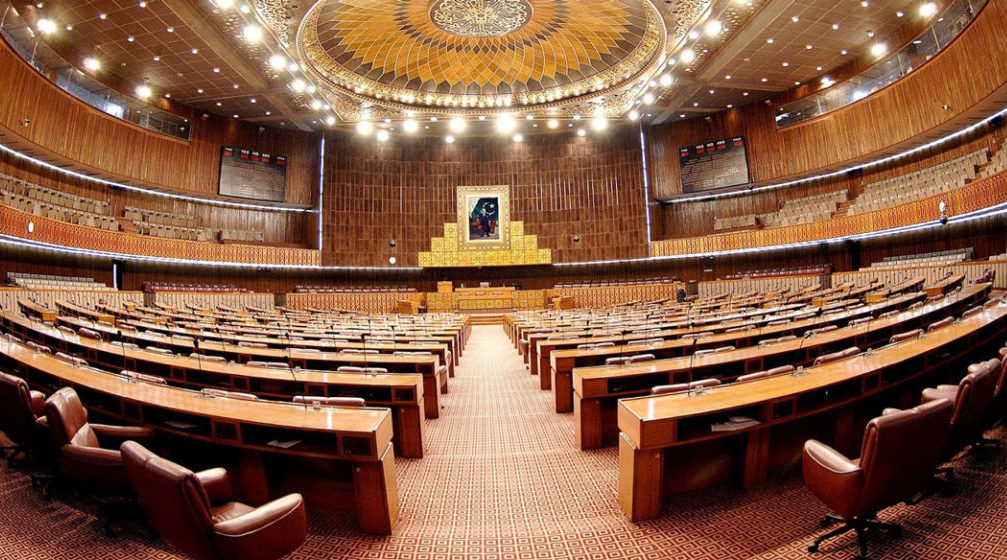 The Regulation of Generation, Transmission and Distribution of Electric Power (Amendment) Bill 2017 imposes 3 years in imprisonment for wrong billing, said a copy of a bill passed in National Assembly today.

It also strengthened NEPRA’s Open market competitive regime for energy exchange to make its own regulations and further widen the Bill to amend the Regulations of Generation, Transmission and Distribution of Electric Power 1997.

The Regulation of Generation, Transmission and Distribution of Electric Power (Amendment) Bill 2017 will further strengthen the Regulator i.e, NEPRA and will introduce open market for sale and purchase of electricity by creating completion.

The Amendment will enable competitive transactions as new players are being introduced with energy exchange, electricity traders and electricity supplier’s regime. At the same time, generation is proposed to be de-licensed, with NEPRA regulating National Grid connectivity, generation plant design and industry standards.

A generation company will therefore freely sell electricity to other licensees, except the national grid company. The expected result is increased energy security and improved service delivery for the end consumer.

For the first time the amendment will give NEPRA the right to make regulations. Many areas of regulation are currently required to be prescribed through rules, which require Federal Government’s approval.

However, with the passage of the proposed amendments, most regulated areas will fall within the sole domain of NEPRA, to be administered by regulations developed through a process of public consultation.

These amendments are bound to increase the scope of the regulated sector, an enhanced regulatory capacity has also been proposed for NEPRA.

Sector related qualifications will bind the Federal and the Provincial Governments while recommending the Chairman and Members of the Authority respectively, allowing for more technically and legally sound decision making, which in turn will strengthen NEPRA’s independence.

Additionally, NEPRA functionaries will be indemnified against frivolous legal proceedings for acts done in good faith. Coupled with strengthened powers of investigation and penalization, NEPRA would be far better enabled to implement its statutory mandate, leading to greater transparency, investor confidence and consumer protection in the power markets.

With enhanced powers of enforcement and broadened regulatory scope, proposals for ensuring accountability of regulatory decisions have also been included in the amendments. Introduction of an Appellate Tribunal comprising of two technical members, chaired by a former High Court Judge is also the main feature of the Bill.

To assure its independence, the tribunal will have a separate fund and will be empowered to seek external expert opinions, be they national or international. For the sake of efficiency, the decisions of the tribunal would be time bound so that the problems associated with more than one thousand pending litigations in the sector are effectively mitigated in a timely manner.

The Bill will also take care of the conflict of interest by the Members and Chairman of the Authority as well as the employees, whereby these individuals are to declare their direct and indirect interests, as well as formally recuse themselves from matters affected in any way by those interests.

The aim of the provision is to guarantee that all staff and the persons responsible for the regulator’s management are totally independent and impartial in the execution of their powers and duties and are free from considerations other than the general interests while taking decisions.

The Bill also seeks greater role for NEPRA in terms of acting against overbilling, excessive billing and wrong billing. Its offices will be established in all Districts to address the public grievances. It will introduce an improvements of up to three years for the employees found involved in wrong billing. Herein lies the basis of the Federal Government proposals to reform the legislative framework of the power sector along four broad parameters.

The Amendment Bill is introduced by the Federal Government in pursuance of the the CCI decision in 2013. In 2013, the CCI approved the National Power Policy of 2013, laying down key components of a development strategy for achieving an efficient, competitive and sustainable power sector in Pakistan.