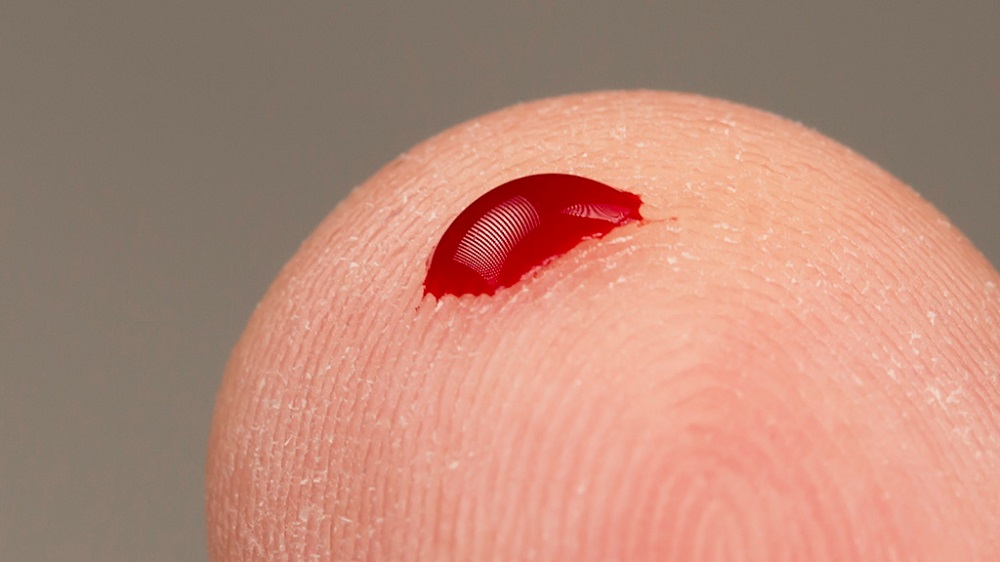 Researchers from Indiana’s Purdue University have found a method of identifying biological markers in small amounts of blood that they believe could be used to detect a myriad of diseases, infections and different medical conditions at early stages. This report was published in IEEE Sensors letters.

These Researchers took a drop of blood and placed it on plate-style microelectromechanical resonators (or small vibrating sensors) which allow sensitive, inexpensive detection of biomarkers that can identify disease, illness or trauma.

The major goal was to diagnose a disease in its initial stages in order to to treat it without invasive surgery. According to the Researcher Rhoads,

The test looks for a particular protein related to a disease, so you could use this for the detection of many different diseases.

Rhoads explained the working of system saying that the sensors use a piezoelectrically actuated resonant microsystem, which when driven by electricity can sense a change in mass. The sensitivity of the resonator increases as the resonant frequency increases, making high-frequency resonators excellent candidates for biomarker detection. This method is much faster and is of very low cost than any other type of medical treatment or test.

Rhoads also said that his team successfully discovered the way to examine a bit of protein in your blood even in glial cells, which surround neurons in the brain. Researchers’ studies have found that a small amount of fluid leaks through the blood-brain barrier and gets into the bloodstream of patients. The proteins are secreted in relatively high concentration in Cerebrospinal fluid of brain lacking its lubricity.

This test can also detect the early stage of Alzheimer’s disease (Due to accumulation of mineral aluminium) and Parkinson’s diseases (due to the lack of dopamine, which is surgically treated by giving patients L-Dopa externally). Researcher Nauman said

You can basically look for general neurodegeneration, not just in athletes.