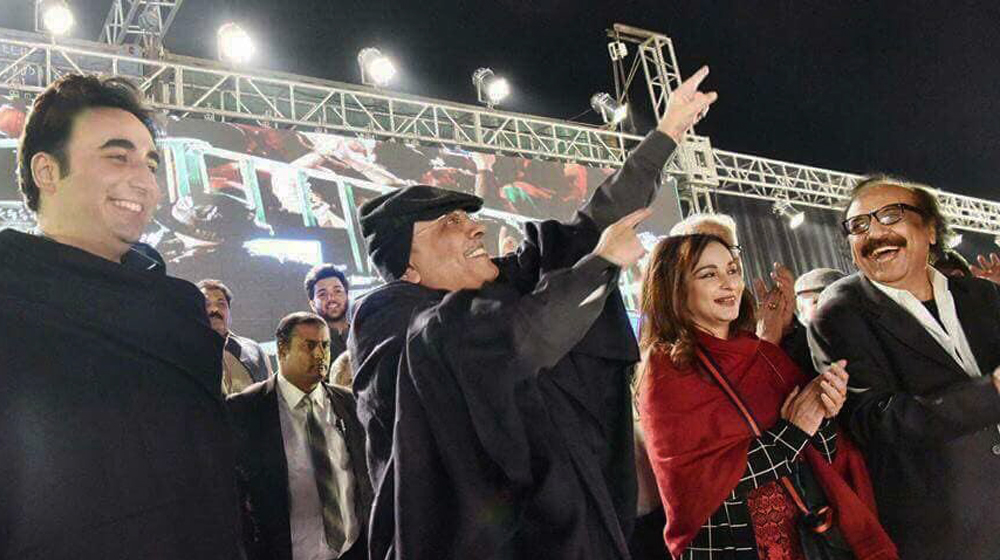 Pakistan’s Peoples Party (PPP) celebrated their Golden Jubilee on Tuesday with a vibrant ceremony in Islamabad’s Parade Ground. While there were political talks, there was something very unpolitical – the #ZardariDance, and it was nothing but hilarious.

Everyone knew that Zardari has an adventurous personality, keeping in mind the Ayyan Ali fiasco, but this dance was special and the social media is flooded with all kinds of funny messages.

No one beats Zardari, whether it’s corruption or a dance. (Starts at around the 50 second mark)

Let’s hear it from the Twitterati.

The resemblance is very uncanny, isn’t it?

This dance by PPP Co-Chairman Asif Ali Zardari is absolutely awesome. It simply reminds you of "The Thief of Bagdad", a 1940 British Technicolor Arabian fantasy film. The dress, the style and the steps. Enjoy!!! pic.twitter.com/iQV4QJRSVk

Zardari definitely has the moves.

He’s more than just an actor.

Only thing prominent in Zardari's dance was his teeth 😁😁 #PPPGoldenJubilee

Zardari made people smile, or laugh.

Watching Zardari dance made my day, those steps

The talking point of the Golden Jubilee.

Zardari can be the next big thing in showbiz.

The truth has been spoken.

It would be hard to beat Zardari.