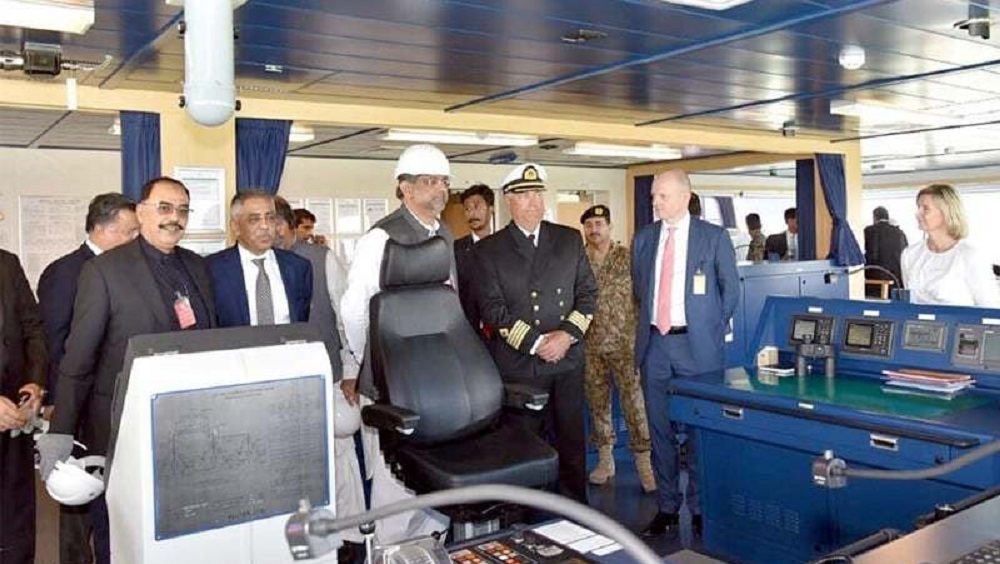 The new Liquefied Natural Gas (LNG) terminal at Port Qasim Karachi, the second one in Pakistan, has suffered a major fault at the underground pipeline which has resulted in a failure to inject re-gasified LNG into the system.

The terminal was built by a group of companies which was led by Pakistan Gas Port Ltd (PGPL) and was inaugurated only two weeks ago by PM Shahid Khaqan Abbasi.

Following the incident, the spokesperson of PGPL, Fasih Ahmed, as well as one of the directors of PGPL, ignored all phone calls and questions for comments.

The incident has led to cancellation of lined up cargos for the next few weeks.

Details About The Incident

Two ships present at the floating storage and the re-gasification unit (FSRU) were in the queue for delivery when the incident occurred. The underwater pipeline broke while building gas pressure from LNG in the third shipment.

The leak turned out to be serious that an emergency mechanism had to be activated, says a source who worked with PGPL’s FSRU. It would take around 10-15 days or more to get repaired.

Due to the incident, several shipments are expected to either be canceled or diverted.

Is Government Really That Inept?

Following a six month delay, the PM inaugurated the re-gasification unit on 20th November. The delay had caused a feud between PGPL and state-owned entities over liquidity damages which were imposed by Pakistan LNG despite PM supporting PGPL’s stance.

According to a local media outlet:

The government had been postponing shipments of LNG secured in January through a competitive bidding from Gunver and ENI because of the infrastructure shortfalls. It had already delayed LNG cargoes for October originally planned for July.

The LNG shipment, which was supposed to arrive from the second terminal, was scheduled to be fed to three LNG based projects in Punjab — Bhikki, Balloki and Haveli Bahadur Shah. Around 1,200 megawatt was to be distributed equally.

Under the agreement, June 30 was the commercial operation date (COD), which is yet to officially take place and has been delayed further.

The COD ordered by PM himself was also delayed until September. Following this news, a PGPL spokesperson said that the government is inept and cannot even complete a small 400-meter government-owned pipeline.

As per the agreement, liquidity damage payment is to be made by the contractor of the second terminal of around $272,000 for each day of delay after June 30.