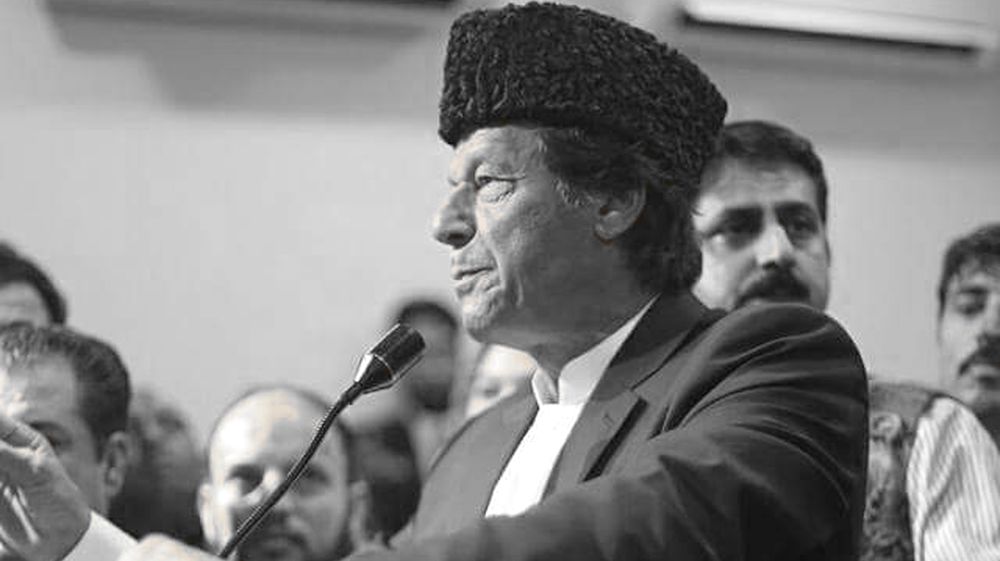 Chairman Pakistan Tehreek-e-Insaaf (PTI), Imran Khan awaits the verdict on his disqualification case over off-shore companies and non-disclosure of his assets, which will be announced today at about 2 pm.

The apex court had already finalized the verdict on November 14; the case was filed by PML N leader Haneef Abbasi in November last year.

While the PTI Chairperson may have other things to worry about, the Social Media is having a crack at him for wearing the Jinnah Cap while addressing the lawyers at Karachi Bar Association on Thursday.

No one does it better than Twitterati when it comes to trolling, but this time around, there were mixed reactions. Some liked it, others didn’t.

The lawyers presented the cap to Imran Khan, here’s the moment.

Who remembers the childhood dabbay me dabba jokes? People have improvised.

My friends say, why i am after Imran Khan…now he comes out with a jinnah cap…? He works for cartoonists…i am thankful

It sure is breaking the internet.

He didn’t wear it by himself, did he?

Some people were in dire need of Burnol.

While others envisioned Khan as the next PM.

That will be pleasant scene when Imran Khan will take oath wearing Sherwani & Jinnah Cap. Insha Allah that day is not far away.

Some think its too early for him to wear the cap.

Imran Khan did it prematurely . He shud have waited for the D-day to wear the Jinnah trademark cap.

Great move @ImranKhanPTI. Time to make our #JinnahCap a 'cool thing' for #Pakistan's young. It's a fashion statement, not a relic from the past. pic.twitter.com/M5r4EF2uwl

What do you think about Imran wearing Jinnah Cap? Sound off your views in the comments section.