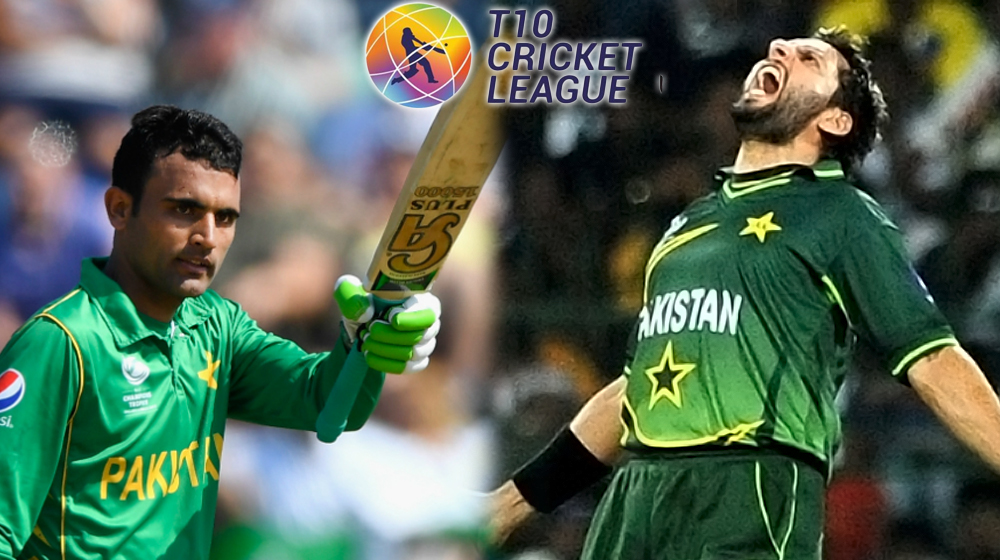 When glamour and cricket combine, the result is a fascinating one, and T10 is its prime example. The latest ten-over cricket format, T10 has made people stick to their TV screens.

The newest format of the game started just yesterday with so many big names featuring in the tournament. While the tournament is chiefly Indian-owned, this is the first time after Indian Premier League season 1, where Pakistani players have been involved.

Pakistani players introduced themselves in the best possible manner when Wahab Riaz and Aamer Yamin proved to be the most economical bowlers in the first game of the tournament while playing for opposing teams (Bengal Tigers & Kerela Kings); both took one wicket each with figures of 2-0-11-1 and 1-0-5-1 respectively.

In the second clash, Fakhar Zaman set the tone for his team Pakhtoons, when he scored an unbeaten 45 at a strike rate of 204.54, helping his team set up a tough target of 122 for Maratha Arabians.

All things aside, our very own Shahid Lala Afridi set the stage when he took the first ever hattrick in his first match for his team Pakhtoons.

While defending 122, Afridi rattled the Arabians batting line up when he thumped Rilee Rossouw, Dwayne Bravo and the Arabians captain Virender Sehwag in the 5th over.

The league promises to be a very enticing one and we would love to see more such performances from the Pakistani lads.