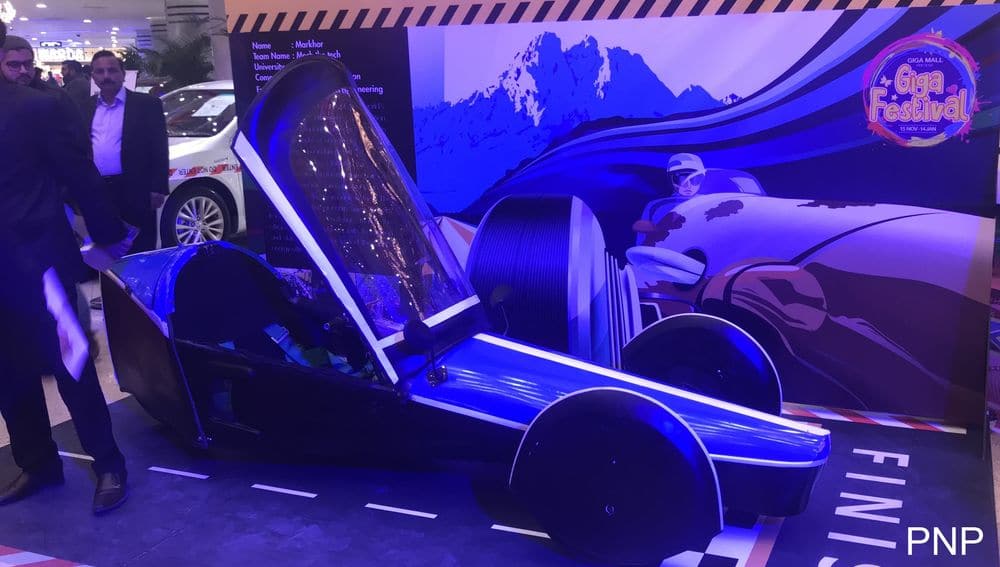 The prototype vehicle has a target mileage of 550km per kWh.

Air University students have successfully unveiled an energy efficient vehicle “Markhor” on the occasion of Car & Bike Show held at Giga Mall. Markhor is a project by team “Mech The Tech (MTT)” which consists of final year students of Mechatronics Department of Air University Islamabad.

The team lead Muzamil Imran, while talking to the media, informed that the aim of Markhor project is to design and fabricate a prototype energy efficient electric car. “Our main focus was to make an electric prototype vehicle,” he told, adding that there are no poisonous emissions hence no harm to the atmosphere which makes this prototype an environment friendly vehicle. 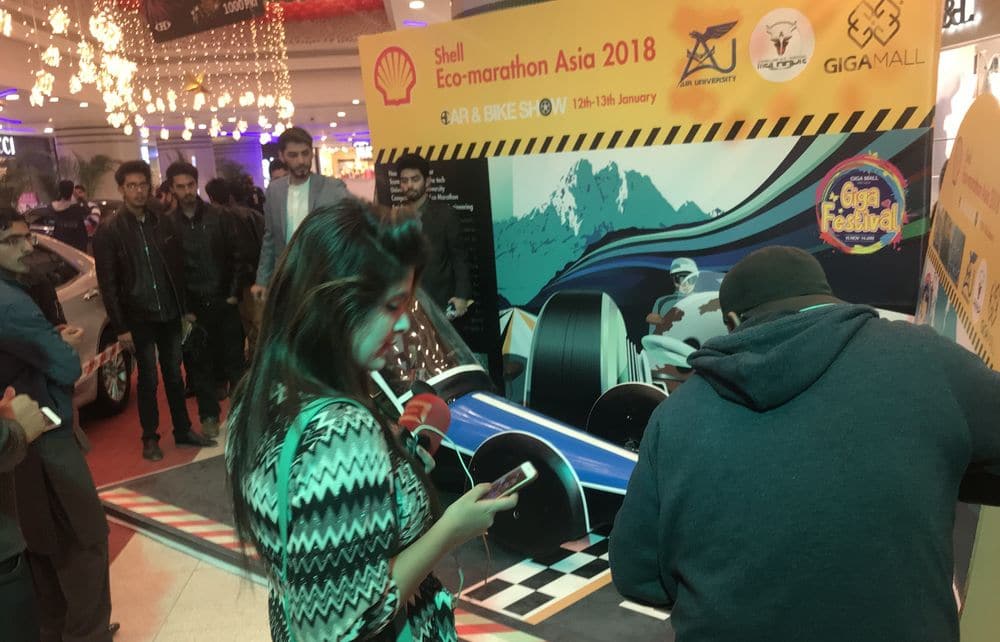 According to MTT team, the prototype model was made after iterative calculations and design revisions. “Solid modeling and analysis were performed to validate the design before fabrication,” the team lead told. He further stated that estimated target mileage for the Markhor car is 550km/kWh whereas last year’s winner in this category achieved 496 km/kWh.

The students from Air University hoped that their prototype will compete with other international teams in the Shell Eco-marathon Asia 2018 to be held in Singapore from March 8- 11 this year. Shell Eco-marathon challenges student teams around the world to design, build, test and drive ultra-energy-efficient vehicles. The electric car, prepared by the students of Air University, attracted large crowds throughout the show.