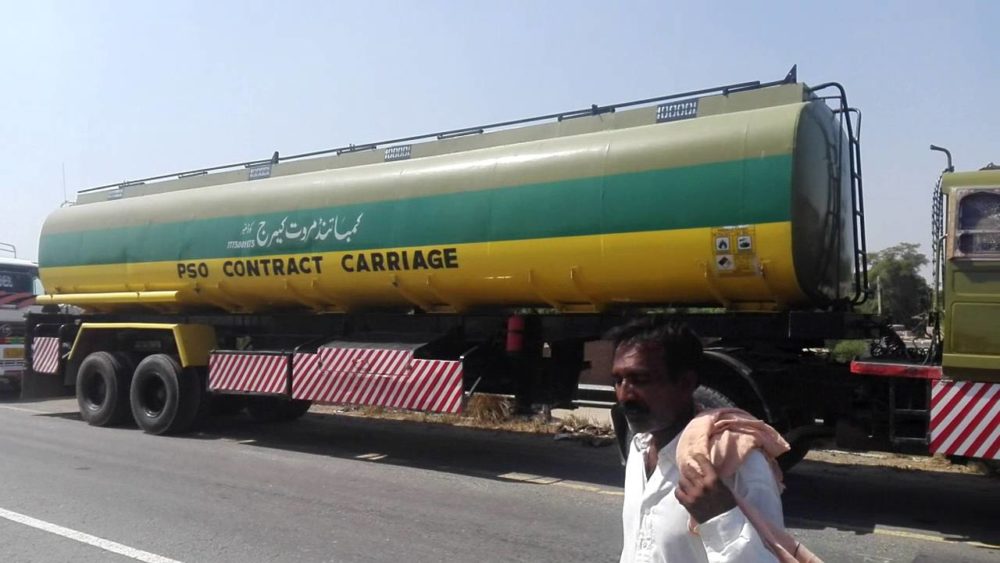 All Pakistan Oil Tankers Owners Association (APOTOA) has decided to damage the National Logistic Cell (NLC) and has given a 72 hour notice to Pakistan State Oil (PSO) to stop using NLC’s fleet for petroleum supplies.

PSO’s management and Oil Tanker Carriage Association (OTCA) held a meeting and on Thursday at PSO house Karachi. The meeting was held to decide how to handle the liquid cargo filling operations.

APOTOA Chairman Yousaf Shahwani showed his disagreement with the decision made at the meeting after it ended. He issued a statement and demanded that PSO should stop utilizing NLC’s fleet for the shipment of liquid cargo in Karachi and Pakistan in general.

“If PSO does not stop using NLC for petroleum logistics in 72 hours, APOTOA will go on strike and stop supplying petroleum products across country,” Yousaf said

According to Yousaf, APOTOA members are heavily invested in their lorries and NLC is taking OTCA’s rightful share.

On this statement of APOTOA, a PSO spokesperson told ProPakistani that it was agreed by the Oil Tanker Carriage Association (OTCA) that all contractors, including the NLC, will follow ‘One Q-System’ for filling the TLs.

APOTOA, after the meeting, issued a statement and demanded that PSO should terminate their contract with NLC.

A spokesperson said that NLC is the only lorries provider whose fleet is fully compliant with NHA and OGRA regulations. “They are also transporting the product without any reported incidents,” added the spokesperson.

He also said that as a caring corporate, PSO will continue its efforts to increase the number of compliant tank lorries in the fuel transportation system to ensure the integrity of the public infrastructure and protection of human life.

It is worth mentioning here that Oil Takers Association held 2 strikes last year, one in July and the other one in October. Both strikes created a shortage of petroleum across the country.