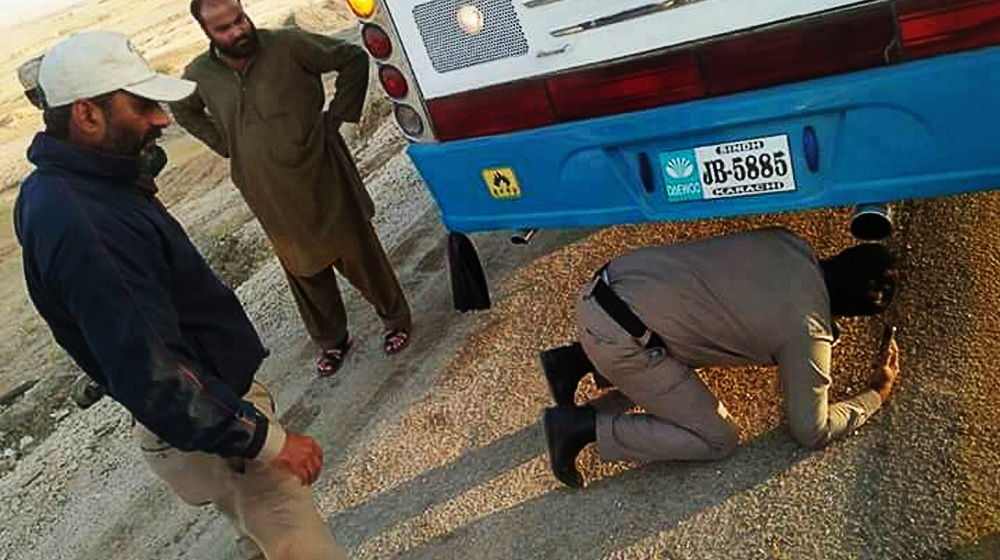 The Motorway Police managed to rescue a youngster who hid beneath a Karachi to Peshawar bus for a free ride.

In the Loni Kot region, a place between the cities Karachi and Hyderabad, a Motorway policeman saved another life as he was able to spot a person, who appears to be in his late teens or early 20s, latched beneath a Peshawar-bound bus.

Apparently, the person decided to hitch a free ride because he did not have any money to pay for the bus fare. Concealed from the bus staff, the person was found latched onto the spare-tire below the bus. Before it turned unpleasant, Motorway Police spotted the person and safely rescued him.

The officers who saved the young man’s life were inspector Hosh Muhammad and Sub-inspector Taufeeq Ahmed. These laudable policemen stopped the bus right after they noticed the youngster beneath the bus.

Here are some pictures from the scene: 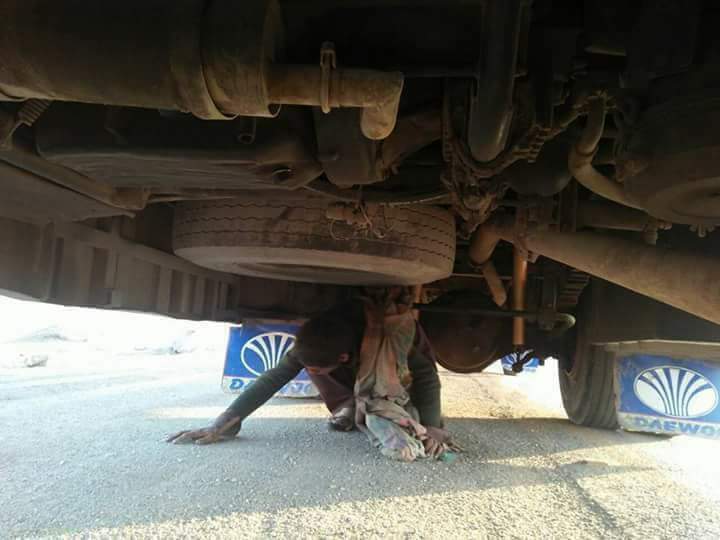 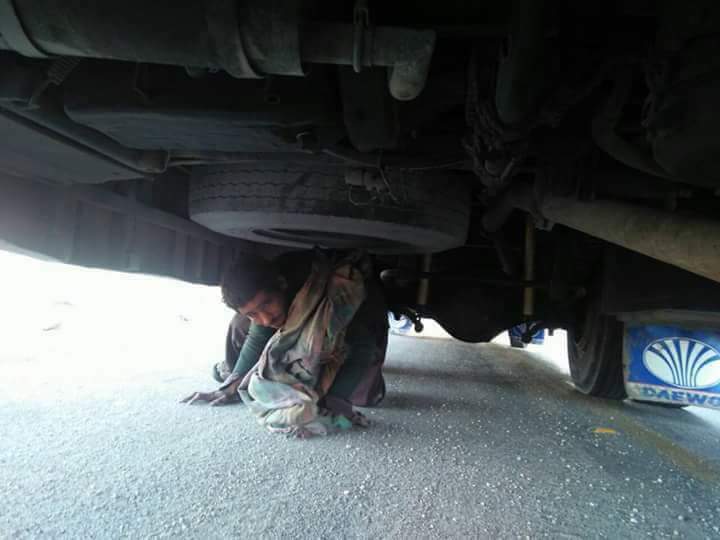 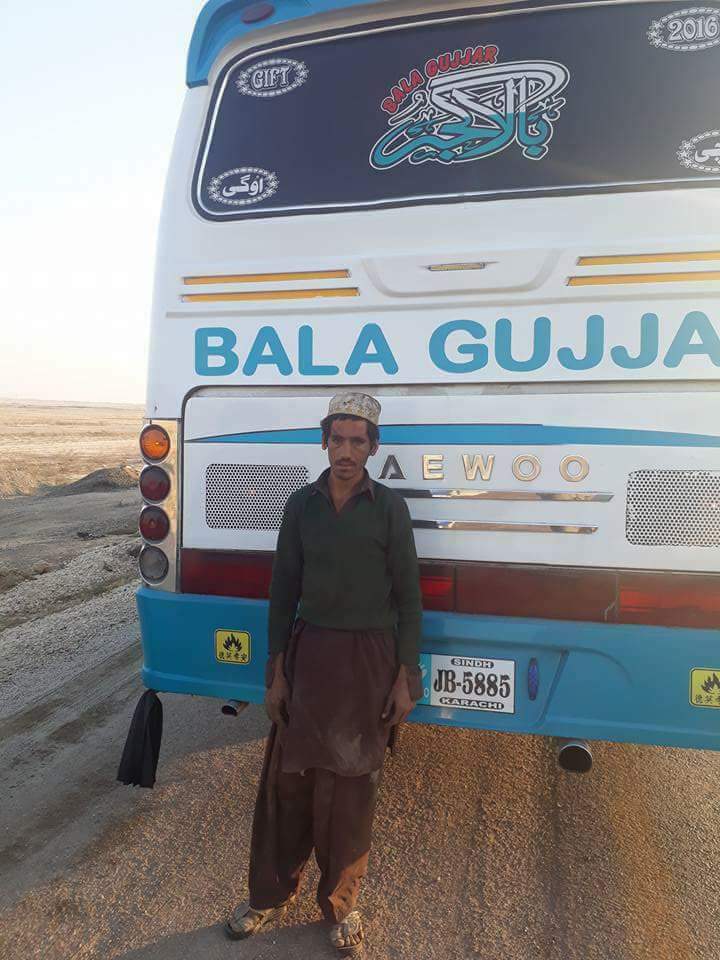 It’s true that necessity drove the person to commit such an act but it’s also the transporter’s duty to make sure that they ensure public safety. The state of local transportation in Pakistan is penurious and gives no regard to safety.

The transportation systems, including buses, trains, especially the van-based routes within cities, are extremely outdated and poor. It’s good that the Motorway Police is vigilant and was able to save the heedless youngster in time.