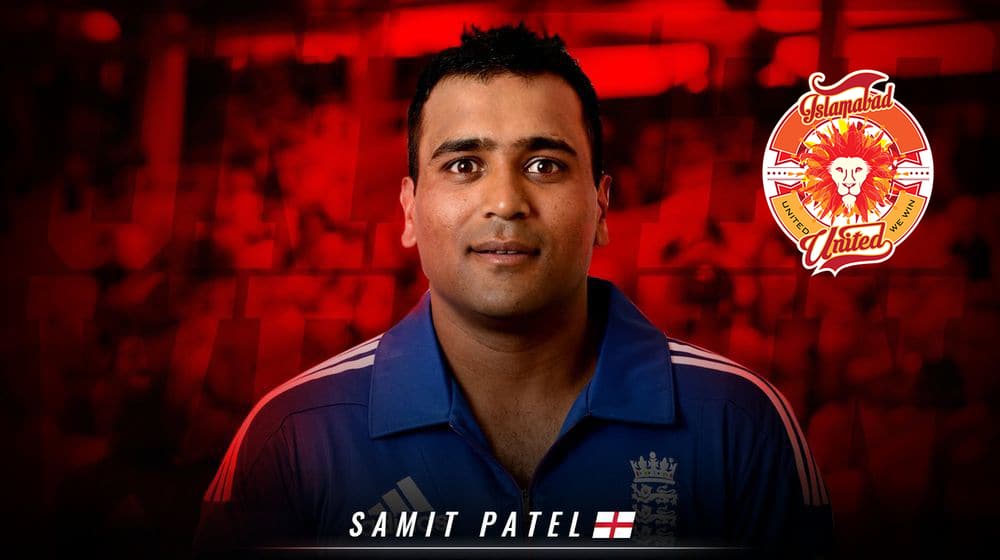 All-Rounder Samit Patel has joined Islamabad United for PSL 3 as a replacement for Asela Gunaratne.

The cricketer has represented Rajshahi Kings in the Bangladesh Premier League as well.

Karachi Gets Security Greenlight from Foreign Experts for PSL-3 Final

The Sri Lankan preferred his national duty over PSL commitments and announced to leave for the training camp.

Islamabad announced about their new signing and departure of Gunaratne in a tweet saying;

Another addition to our #RedHotDreamTeam

Samit Patel joins Islamabad United as a replacement for Asela Gunaratne. Here's to a smashing PSL 3! Are you ready?#UnitedWeWin #SherKiDhaar #DimaghSe pic.twitter.com/3NREolPOVC

Islamabad United made another signing of an England bowling star to replace David Willey. Islamabad will now be using the services of Steven Finn, the right-arm English pacer, in their campaign of PSL 2018.

The one-time PSL winners will kick off their title campaign against the current champions Peshawar Zalmi on 24th February. PSL will start off from 22nd February with the opening match to be played between Multan Sultans and Peshawar Zalmi.