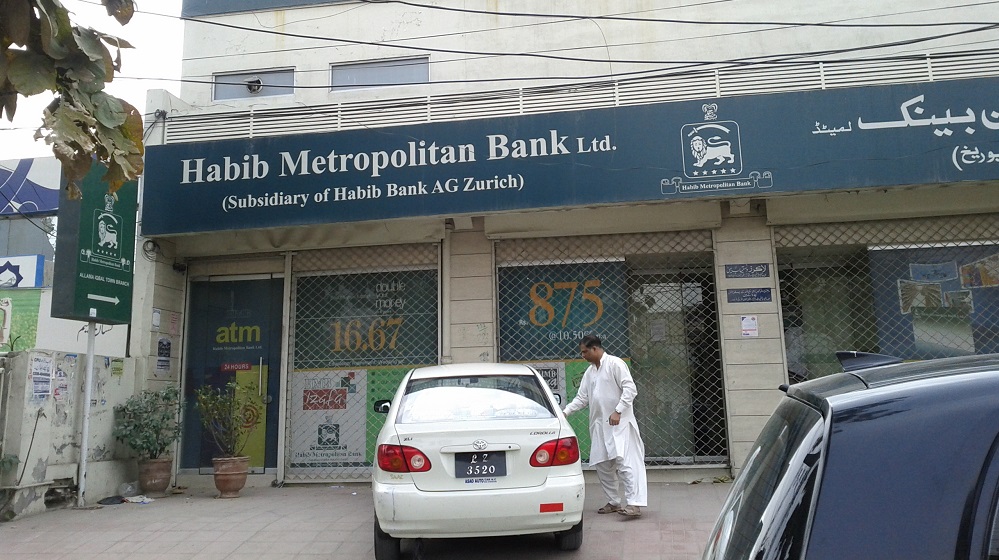 Habib Metro Bank has posted a consolidated net profit of Rs 5.84 billion for the year that ended on December 31, 2017, down by 4.58% from last year’s profit of Rs 6.12 billion, according to the bank’s quarterly financial accounts released on Monday.

Earnings per share decreased to Rs 5.41 as compared to Rs 5.85 in the same period last year.

The administrative expenses of the bank increased by 12.02% as compared to last year.

Despite 4%YoY earnings decline, the Bank was able to grow its topline substantially – NII +21%YoY, which we believe to be the result of substantial re-profiling of its deposits base and surge in CASA, culminating in a 7%YoY reduction in interest expenses. Further support also arrived as recoveries in the final quarter triggered net reversals of Rs 75 million.

On a QoQ basis, modest topline growth was complemented by 61%QoQ growth in NMI on the back of substantial booking of other income and 13%QoQ uptick in fee income, which can be attributable to branch expansions.

Net reversals amounting to Rs 1 billion were also booked on account of aggressive recoveries by the bank despite diminution in the value of investments, adding PKR 0.63 per share to its earnings.

The Bank has been recognized as the ‘Best SME Deal of the Year’ by the Asian Development Bank in 2017. Earlier in 2016, the Bank was awarded ADB’s ‘Leading Partner in Pakistan’ for the 2nd consecutive year, in addition to winning the ‘Leading SME Trade Bank’ award.

Habib Metro continues to expand its footprint with a growing network of 315 branches in 91 cities across Pakistan; with an aim to further enhance its branch outreach in 2017. Habib Metro Bank is a subsidiary of Habib Bank AG Zurich, a multi-national banking group that enjoys a financial presence in 8 countries across 4 continents.