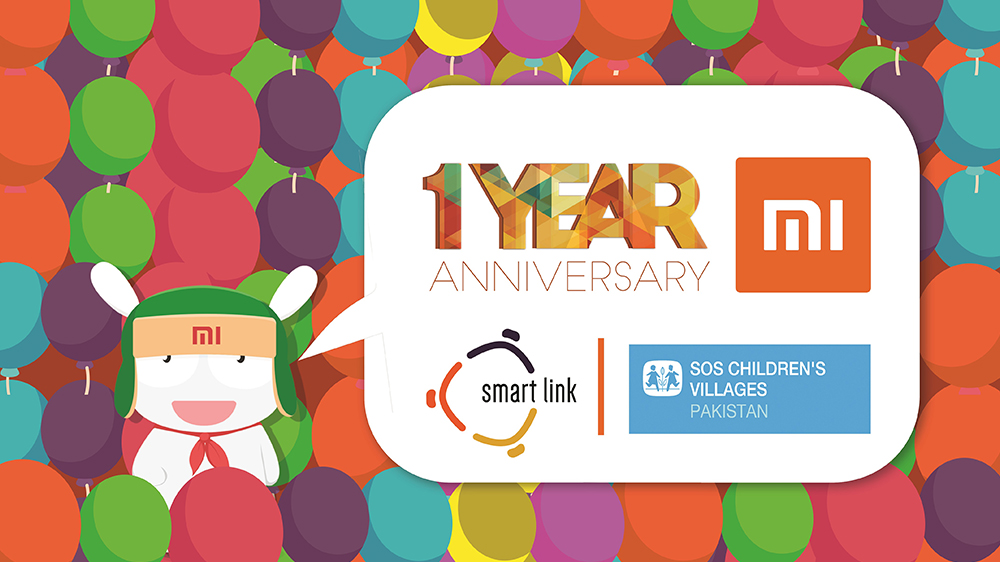 Mi Pakistan brings the cheer to children from the SOS Village for its 1st birthday.

What can be a better day to spread happiness than on one’s birthday. Mi Pakistan had the same idea and it did so by celebrating its first birthday at the SOS Children’s Village Pakistan.

The fun-filled event was attended by children in the village, the team behind SOS, as well as officials from Mi Pakistan. Various stalls, activities and shows were arranged for the children by Mi Pakistan to make it a truly memorable day. In a designated play area, jumping castle, puppet show, magic show, and a concert were organized for the children. A clown and cartoon characters also entertained the audience with their jokes and performances. Face-painting and food stalls were also set up for the participants.

A MoU was also signed between the officials of Mi Pakistan and SOS Children’s Village.

SOS Village is home to over 1,500 orphaned and abandoned children from all across Pakistan. Around 145 children are taken care of in the Lahore village by 16 women who provide them the maternal support they need.

Mi Pakistan Spreads the Joy on Its First Birthday

Mi’s birthday at the SOS Village is a part of #Miturns1 Anniversary Celebrations. The company organized a one-day sale to mark the event and offered amazing bundle deals and discounts on its loved smartphones and eco-products.

The company also launched Xiaomi’s Redmi 5 and Redmi 5 Plus with their global launch earlier this month. The sale is both online and onsite at Mi’s official outlets in Pakistan.

SOS Children’s Village and Mi Pakistan will continue to explore opportunities to work together to improve the lives of those around them.