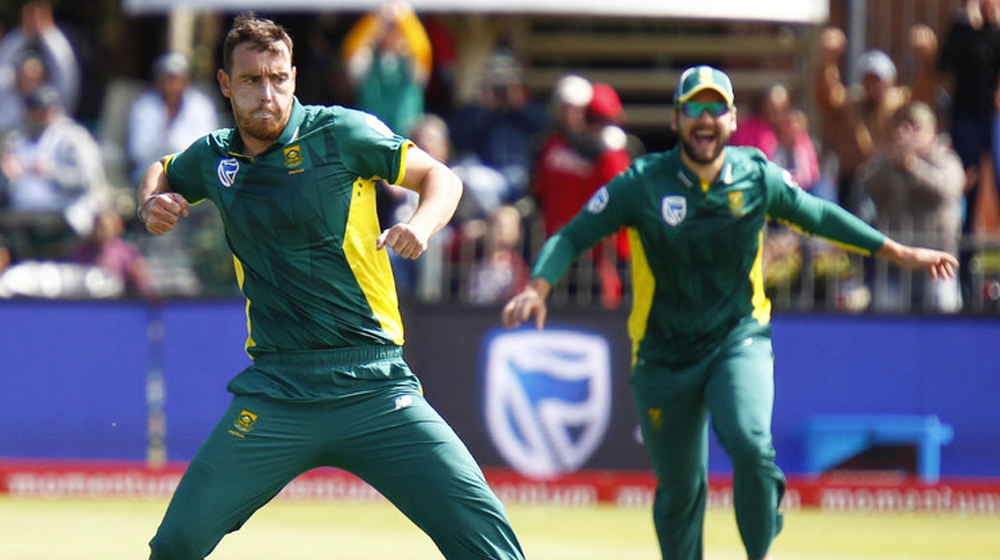 Lahore Qalandars received bad news before the start of the tournament when Chris Lynn, the hard-hitting Aussie batsman, was ruled out of Pakistan Super League’s (PSL) third edition.

In a match against New Zealand, while fielding at mid-wicket, Lynn sprinted to his left to stop a ball and reached across his body with his right arm before appearing to jar it on the turf.

The doctors immediately took him off the field as a precaution.

Kyle Abbott has been named as Lynn’s replacement.

Chris dislocated his right shoulder after landing awkwardly on it when fielding the ball.

Foreign Superstars Admit PSL is Superior In Terms of Quality

Here is how Chris Lynn picked up the shoulder injury:

Speaking about the disappointment, Chris stated:

I’m disappointed to not go to the Pakistan Super League as planned (this week), but I’ll now focus on rehabilitation and working as hard as I can, with the hope to still take part in the Indian Premier League later this year.

Lahore Qalandars currently stand at the bottom of the table after playing 3 matches. To change that, Qalandars have selected Abbott to replace Lynn, clearly hinting at a change in strategy. It appears that Qalandars belief their weak link is their bowling and not their batting, hence the addition of a new bowler.

Furthermore, the decision behind Abbott’s selection could also be due to Mustafizur Rahman’s upcoming absence from the tournament. The Bangladeshi pacer is set to leave Qalandars squad to join the national team in the upcoming weeks.