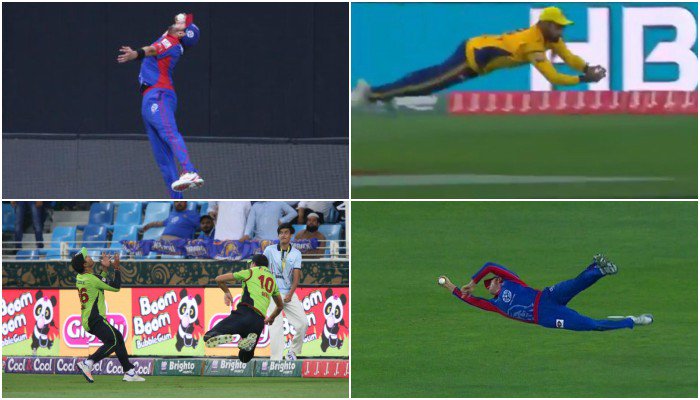 If there are two things that don’t go well together in the world of cricket, Pakistan and fielding is certainly one such combination.

Ever since the arrival of Mickey Arthur, he has focused on significant improvements in fitness levels. However, even after several years, Pakistan’s national team’s fitness levels do not meet international standards, however, the inclusion of new players has raised the fielding standards in the team and the same can now be seen in the PSL.

From Shahid Afridi’s memorable catch at the boundary line to the catches by Shaheen Shah Afridi and Muhammad Hafeez; there have been some remarkable efforts.

The difficulty of catches in PSL 2018 have been higher than of IPL and BPL.

Due to this reason, CricViz has ranked PSL ahead of all the other league which held in the past two years.

Here are some of the best catches taken from Pakistanis in PSL 2018 so far:

Tag team work at its finest! Umar Akmal and Shaheen Shah Afridi WHAT A CATCH! #DamaDamMast