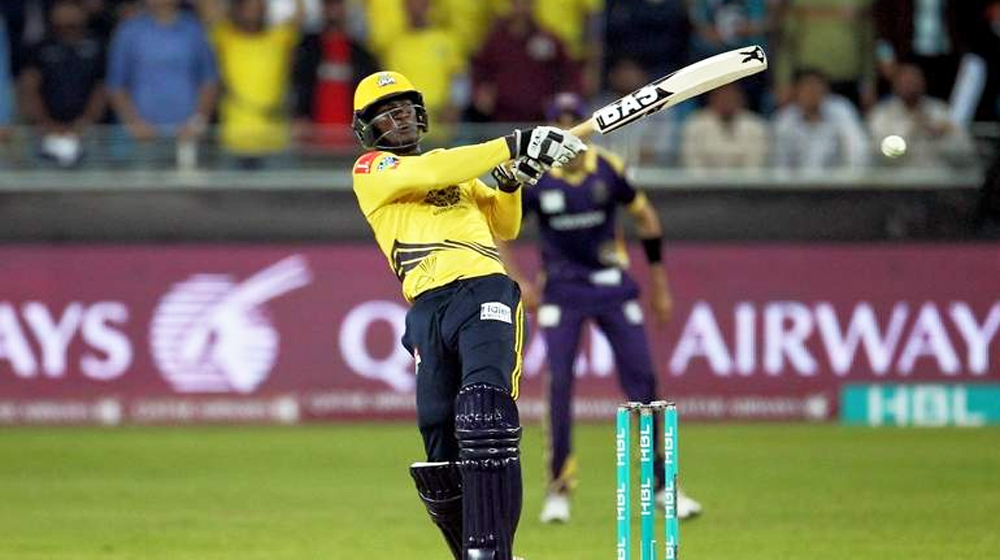 The clash of the titans, Peshawar Zalmi vs Quetta Gladiators, had everything you want in a cricket game.

Impressive bowling, good fielding and drama, to say the least, were the highlights of the match.

Competition between the two teams often goes to the very last over and thrilling finishes, and this match was no exception.

Peshawar Zalmi held their nerve to chase down a not-so-threatening target of 142.

Quetta Gladiators had a cautious, but disappointing in terms of runs, Powerplay following which Shane Watson blasted 5 sixes in a 32-ball 47. Rilee Rossouw also chipped in with 37 runs at a strike rate of 148.

No one else got going and the team stuttered to 141/8, a total which looked below-par for Sharjah.

Debutant Sameen Gul impressed with his line and length removing Asad Shafiq early while giving away only 20 runs in his 4 overs.

A target of 142 looked easy but there was no such thing as ‘easy’ when Peshawar came out to bat. Had it not been for the injured Darren Sammy who hammered 16 off just 5 balls, including 2 sixes and 1 four, Peshawar would have faltered big time.

Sammy’s heroics took them across the line after a late scare for the Zalmi fans.