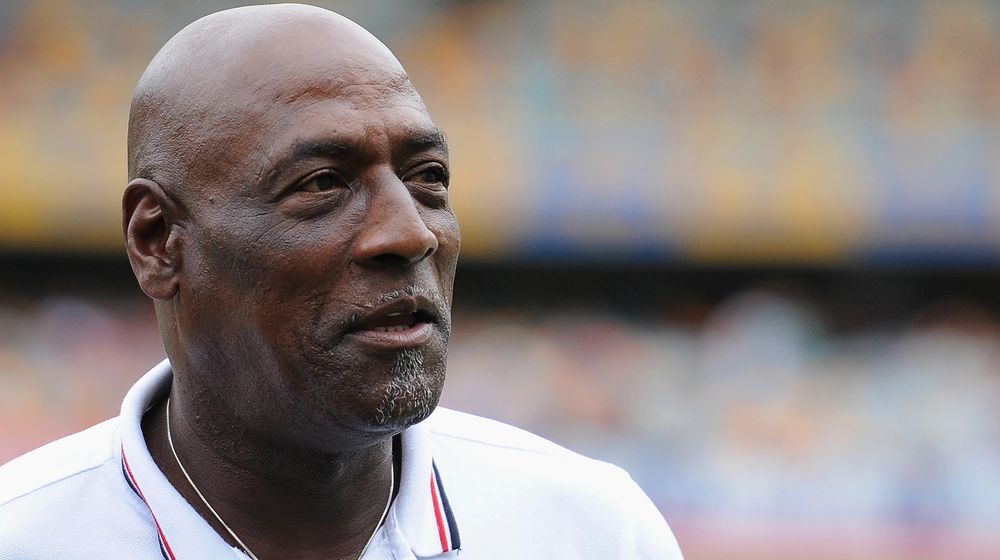 Viv Richards has shown his full support for Sarfraz as a leader of Pakistan team.

Legendary cricketer Sir Vivian Richards has shown his support for Sarfraz Ahmad as captain of Pakistan’s national team. Richards endorsed Sarfraz saying that he is the perfect person to lead the men in green.

The West Indian batting ace and one of the all-time best advised Pakistani board to have faith in Sarfraz Ahmed. Viv Richards is currently the mentor of Quetta Gladiators, the team which Sarfraz plays for, and seems quite impressed with Sarfraz’s leadership abilities.

Richards added that Sarfraz is the best option Pakistan has got to lead them in World Cup 2019.

Here is Richards’ complete interview with an English newspaper.

When you can win the ICC Champions Trophy out of nowhere then, who else? We didn’t give Pakistan a chance. I can’t see anyone else as the [Pakistan] team leader [in the lead-up to next year’s World Cup].

Just think of it. To come back after losing that first game [in the Champions Trophy] against India and beat the same team so comprehensively in the final is a certain mark of improvement. And when you can do and go all the way to the final then the captain should be given a lot of credit he deserves.

Sarfraz is the best option and the opinion is unbiased, the West Indian added;

And to be fair, I believe when I see around in Pakistan, I can’t find anyone who can motivate the players and get the best out of the team. Maybe people might think being so close to Sarfraz at Quetta Gladiators, I am being biased but when I do really think then I feel there is no other guy than Sarfraz.

The motivating factor Sarfraz brings is tremendous. I love his attitude and the way he goes about his job when the chips are down in trying his best to lift the team. People say he is aggressive but to it one of his attributes in my opinion. To be honest, when I see around in the PSL, I don’t see anyone else having the same passion or virtues that Sarfraz possesses.

Leading Pakistan Across All Three Formats Does Not Burden Me: Sarfraz Ahmed

Richards says he admires Sarfraz’s quality for a long a time;

Even before I came to Quetta Gladiators, I had seen Sarfraz being proactive and always trying to do things differently when he batted and I love the fearlessness in his approach to leadership because he reads the game very well. To be fair, Sarfraz will obviously have his bad days [as leader]. People must respect and understand that because he is an individual who wants things to happen; and [in doing so] you, at times, are going to fail.

Viv Richards showed his gratitude to Quetta for surprising him with a birthday party. Richards recently celebrated his 66th birthday on Tuesday. He said;

It was an emotional occasion because apart from the team members, my family was also there to celebrate. We all had a great time. It couldn’t have been better.

Talking about the management, Viv said;

Well when you come into an environment it has to be the management basically one looks at first. I know the owner, Nadeem Omar, and head coach Moin Khan whom I have known for quite sometime now but I didn’t play against him. But it is just the sort of camaraderie and the relaxation he [Moin] and the owner have shown has not only made me feel at home but the entire squad. You know it’s just like a family environment we have at Quetta Gladiators.

The owner is one of the nicest individuals I have met and judging by his hospitality and the way whole team reacts and they are like brothers to him. There’s never an impression that ‘I am the boss and you are the player’ stuff because everyone is treated the same way.

Richard says that Quetta team is one of the nicest to be around;

It makes me nicer to be working with a great set of people around the Quetta camp. It’s a privilege to be here with the Quetta team members and the friendly environment they bring to the table. The spirit within the squad is translated into performances in the field since we back each other and enjoy each other’s success. It looks everyone is so relaxed and that’s what I like about.

Richards is impressed by Pakistan’s hospitality as well. He says he will visit again if Quetta makes it to the final.

“I always looked touring Pakistan which is a wonderful country. I made some magnificent friends over the years you know the Miandads, Imran Khans, the Wasim Akrams and all other guys who are great people. I look forward to coming again this time too [if Quetta make to the playoffs].

And at the end, Richards had this to say about the legends of leg-break bowling, saying;