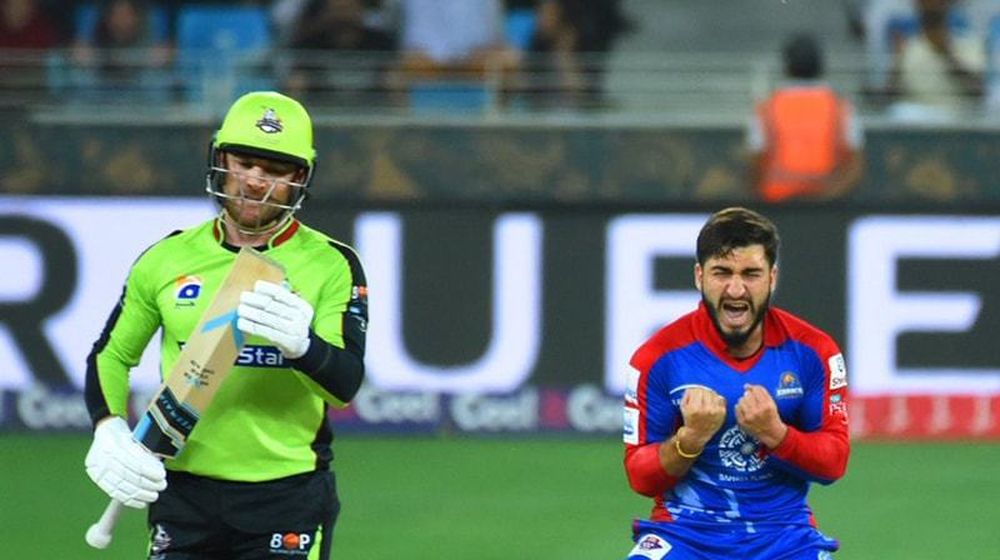 Another Lahore Qalandars win, this time over their biggest rivals Karachi Kings, as the match got decided on a Super Over.

Drama, confusion, nerves, everyone sitting on the edges of their chairs, fans biting their nails – that’s Lahore Qalandars vs Karachi Kings for you!

It was easily the best game of PSL if not one the best T20s the world has witnessed this year.

Opener Lendl Simmons and one-down Babar Azam shaped the innings perfectly after Karachi dealt the blow of Joe Denly early in the innings; the pair added 72 for the second wicket.

Small contributions from the middle order took the total to 163/5 as Sohail Khan walked away with 3 scalps.

Anton Devcich came out with intent, hammering 24 from 14 and after his departure Fakhar Zaman and Agha Salman made sure the batting line didn’t fall apart, adding 63 for the second wicket.

Needing 16 off the final over, Sohail Akhtar made sure that Lahore fought till the last ball; the final over by Usman Khan read 2, 4, 6 on the first three balls. With 4 to get off the last three, Sohail’s partner Mitchel McClenaghan was run out on the 4th ball. The second last ball was played away for a single as Lahore needed 3 off the final ball.

Just when you everyone thought it couldn’t get more dramatic, Sohail Akhtar got caught at the boundary off a no-ball as they scampered through for a single as well which did not count as the striker failed to finish his run before the catch. 2 to get off the final ball, and Gulraiz Sadaf was run-out while trying to sneak a second run.

If this isn’t drama, I don’t know what is. MATCH TIED!

Karachi Kings needed 11 to win a contest which was nothing short of a thriller.

What an absolute peach of an over from Sunil Narine, giving away only 1 run off his first 4 balls in a Super Over! Afridi’s last-ball six couldn’t win his team the game against the rivals.