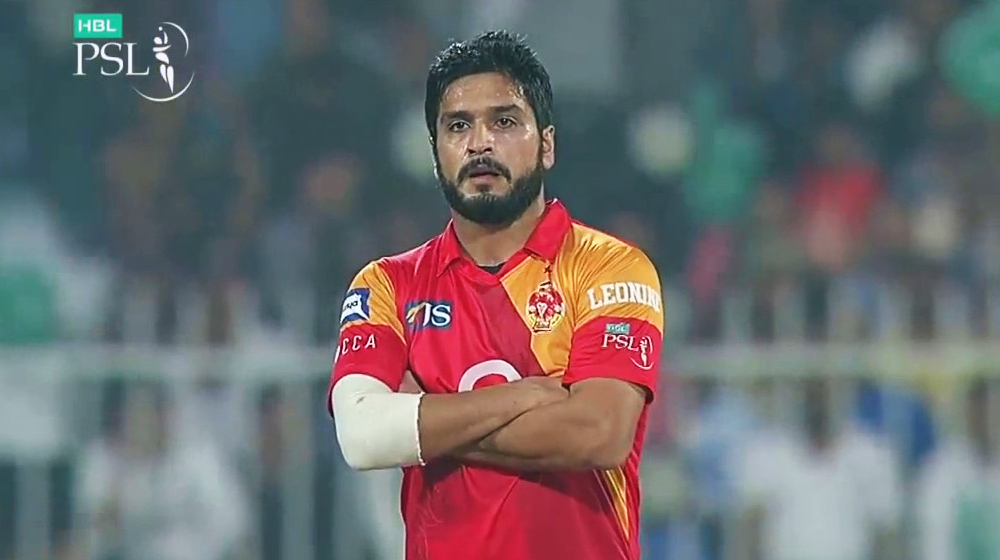 Islamabad United’s pacer, Rumman Raees, has been ruled out of the remainder of the ongoing Pakistan Super League (PSL) tournament due to a knee injury he sustained in a match against Quetta Gladiators.

The PSL official account read, “Islamabad United pacer Rumman Raees has returned home and will not take any further part in [PSL 2018]. Rumman injured his knee while fielding in Sharjah and will now go through a recovery process back home.”

Rumman picked up the injury in the 13th over of the match while fielding at long-on. After Pietresen hit the ball down the ground, Rumman made a dive in an attempt to stop the ball from crossing the boundary.

However, and unfortunately, his knee got jammed in the ground and he was stretchered off the field later on.

Talking about his injury, Dean Jones, the coach, said:

We are hopeful that the initial tests are good. The kid is a fantastic kid. I hope he will be alright.

The team physio, Errol Alcott, discussed the left-arm pacer’s injury with a knee specialist who reviewed his condition. It was concluded that although his knee has improved, it is still not in perfect condition. His knee is not holding up to the heavy load of landing impact during bowling.

With Islamabad United in sight of topping the points table and qualifying for the next phase of the tournament, it is a huge blow for them and the Pakistani fans who would have loved seeing more of the local talent.

United have already lost Andre Russell to injury and these injuries have become pretty common this PSL. Prior to this, Quetta Gladiators’ Jofra Archer also sustained a side strain and was ruled out of the tournament. Shahid Afridi, Imad Wasim, Kevin Pietersen and Umar Gul have also sustained injuries during the tournament.