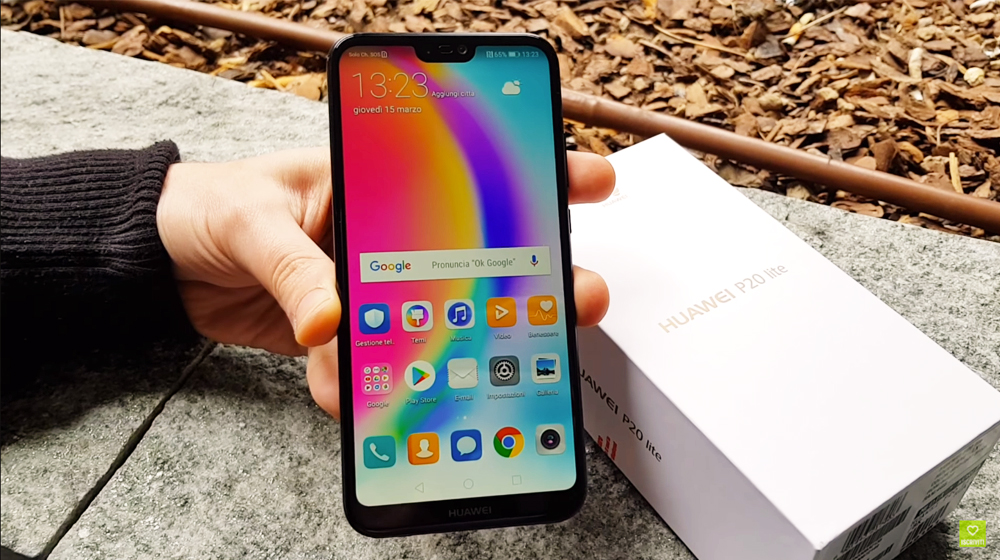 Huawei P20 Lite’s unboxing video has been leaked before its official launch. It has an iPhone X-style notch and a similar design.

Huawei P20 Lite, which was expected to launch along with its variants (P20 and P20 Pro) on March 27th, has become available in Italy ahead of time.

The phone was expected to be unveiled in Paris on March 27th, however, several Italian tech-blogs have already published their unboxing videos for P20 Lite.

Seems like the rumors were true after all, Huawei P20 Lite is confirmed to have an iPhone X style notch on top and a similar design. Do note that the Lite version is not supposed to compete with the original iPhone, rather it’s meant to bring the premium iPhone X design and notch to the mid-range.

The base versions, P20 and P20 Pro, will feature top-of-the-line specifications and will directly compete with this year’s flagships.

The fingerprint sensor is rear-mounted on the P20 Lite. Other leaked specifications like the 5.84-inch Full HD+ display, Kirin 659 processor, 4 GB RAM and 64 GB storage have been confirmed as well.

The “Lite” versions of Huawei’s flagships are mostly midrange phones with moderate specifications, here are the leaked specifications of the Huawei P20 lite: