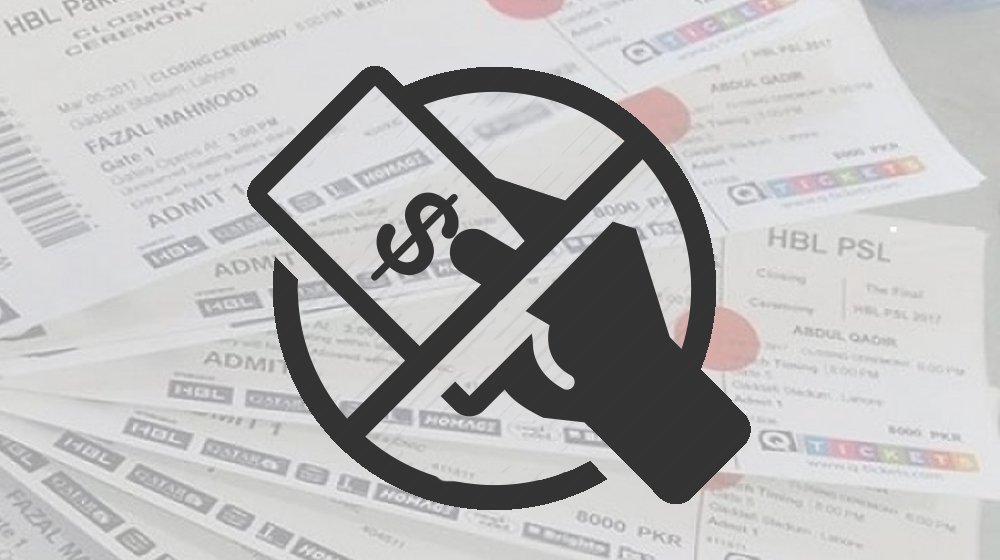 The Pakistan Super League (PSL) 2018 final tickets are being resold on the online black market, sources have confirmed.

The complaint was lodged by officials of TCS Pakistan – official partners of PCB to sell the tickets.

A source close the matter claims that:

The tickets can be bought by people via their credit cards as well, which makes the entire scheme even more dangerous.

The tickets were initially sold out online after 15 hours and for those who failed to purchase any, now have to pay double or more for them.

Ticket prices ranged from Rs. 1,000 to Rs. 12,000 and the cheaper tickets were sold off the quickest, according to the TCS official.

The much awaited final will be held in Karachi on 25th March. Islamabad United has already made it to the final and will play Karachi Kings, Quetta Gladiators or Peshawar Zalmi.