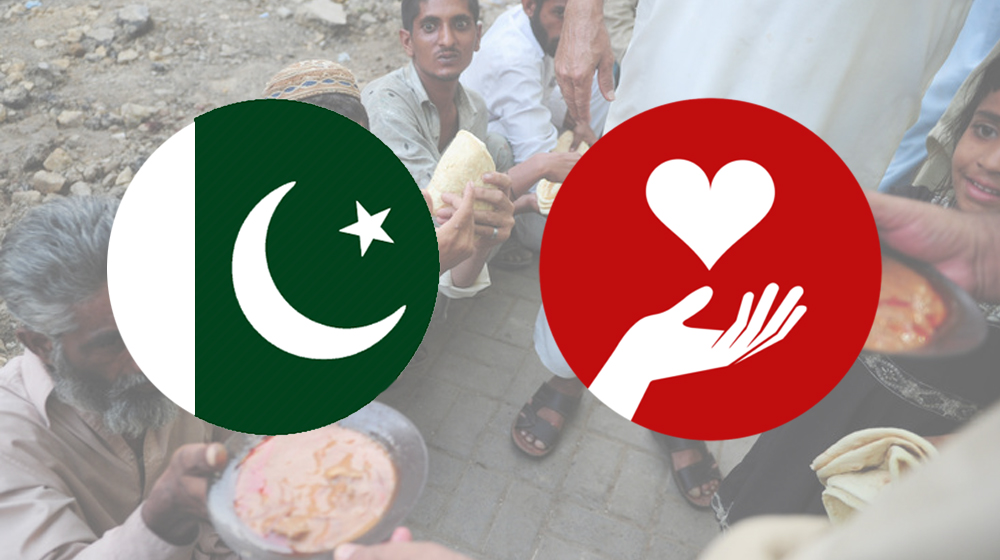 Pakistanis are one of the most charitable nations in the world, a global report on philanthropy reveals.

This news will definitely make you feel proud of being a Pakistani. A report by the Stanford Social Innovation Review has revealed that Pakistan is one of the most charitable nations in the world.

Maybe making other people’s lives better is why Pakistanis are one of the happiest people in the world?

The report reveals that the donations account for 1% of the total GDP and around 98% Pakistanis take part in charitable activities. The donations made by Pakistanis are double of what Indians donate as a percentage of their total GDP.

Pakistan Centre for Philanthropy conducted a study where it was found that more than $2 billion (Rs 240 billion) are donated by Pakistanis every year.

Pakistan also ranks alongside some of the richest and more developed countries which contribute most to charities. These countries include the UK, where people donate 1.3% of their GPD, and Canada, where 1.2% of GDP is spent on charities.

The donations made by Pakistanis are double of what Indians donate as a percentage of their total GDP.

One of the reasons behind such high level of donations is the religious obligation in Islam. According to this, wealthy individuals must donate a part of their wealth to those in need as Zakaat.

The survey conducted for the report revealed that most Pakistanis prefer making donations directly to the individuals in need. However, the study recommended that in order to improve social security net of Pakistan, people need to donate in a more structured way, that is, through charity organizations.

The survey for measuring philanthropy was conducted at several individual households and focus group discussions. Following three parameters were measured to conclude the survey;

The results based on all these parameters revealed that 67% of total donations are made directly to the needy individuals while 33% people prefer to donate through organizations. The reason behind this might be the lack of trust that is placed on the organizations in Pakistan.

Other factors play a role in direct donations to individuals as well. These are;

Farq Parega: Are Your Charitable Donations Going to Those Who Need It the Most?

The conclusion was derived based on the data collected in 2013 from Sindh and 2014 from Punjab, Balochistan and KPK.

The report says that the organizations need to show transparency in their system so that they can raise funds on a large scale and gain the trust of the public.