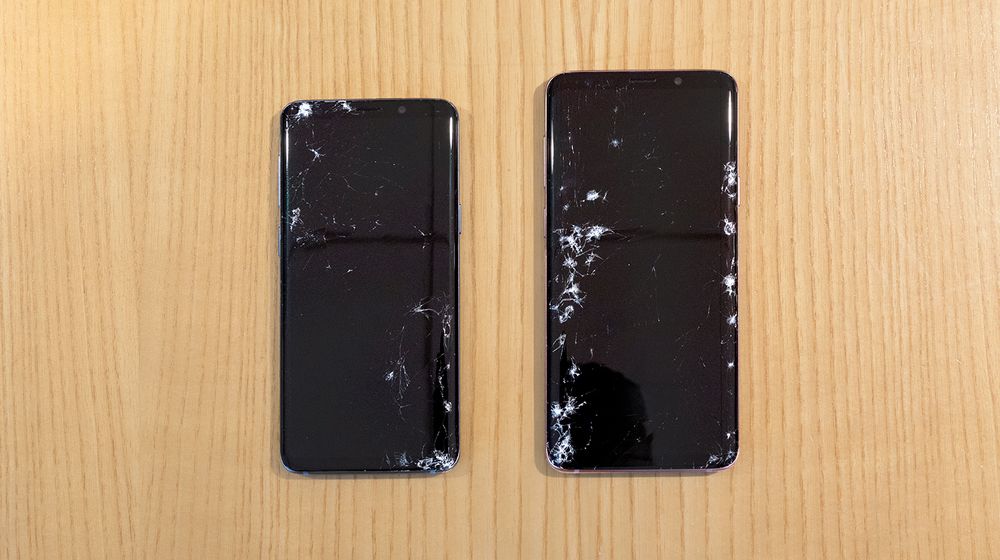 Samsung’s Galaxy S9 and S9+ go through a bend and drop test, courtesy of SquareTrade. Known for its extended warranty service for electronics, the company makes sure to brutally test each phone.

Samsung’s latest and greatest Galaxy S9 and S9+ pack some of the best hardware in the smartphone world. However, flagship phones like the S9 also come with a caveat: They are very fragile and hard to repair.

Samsung users might be relieved to know that the two phones performed a bit better than last year’s S8 and S8 Plus, both of which were some of the worst performers in SquareTrade’s durability test.

Both phones did well, in fact, the S9 is way stronger than Apple’s flagship phone the iPhone X. Samsung stepped up the design game with the S9 and S9+ by adding a 20% thicker glass than the one used in S8.

You might be wondering if Samsung’s move towards the stronger phones paid off or not. Well, not really, despite the upgraded tech it only takes one fall for S9 to crack. So, now would be the best time to buy that case for your S9 or S9+ that you have been thinking about.

Let’s take a look at how well these phones performed.

The Galaxy S9 got a test score of 71, a fair improvement over S8 and S8+. S9+ that got a score of 76, a marginal improvement but still better than its predecessor.

Here is how some of the phones rank on SquareTrade’s breakability tests; 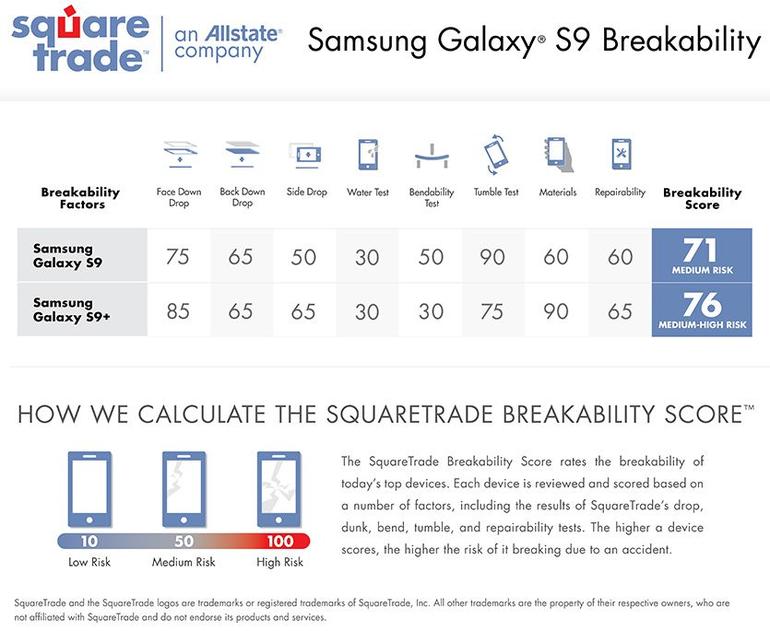 Galaxy S9 is ranked on the list with a “medium risk” of breakability while S9+ has a medium-high breakability risk. The phones were dropped from a height of 6 feet and shattered on the spot on the first fall. When dropped on the front, the S9’s glass got loose and hairline cracks appeared on the screen.

Samsung Officially Launches the S9 and S9+ in Pakistan

SQ performed bend tests as well on both phones. Turns out 210 lbs of force is enough to bend S9 while 230 lbs is required to make Galaxy S9+ bend.

Here is how the tests went.


One thing to mention here is that these are not amateur tests from those YouTube videos. The company behind the test used proper equipment to perform the test so it is as reliable as they come without human error.