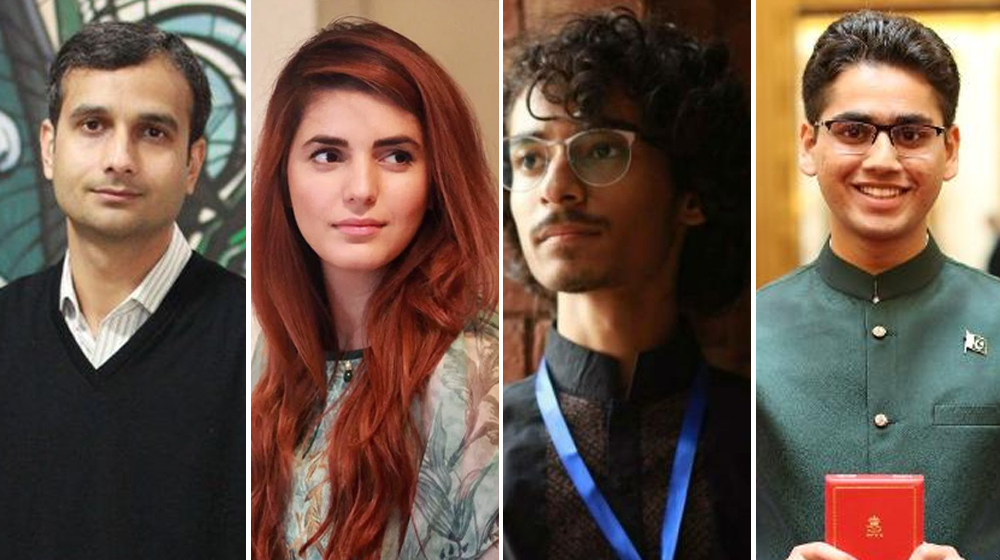 Young Pakistanis are making waves globally for all the right reasons. With about 60% of its population belonging to the under 30 years of age group, its safe to say that Pakistan’s future will be reshaped by the quality of its youth.

Forbes recently released its 30 Under 30 List for Asian countries in 2018, and about as many as seven Pakistani youth feature prominently on it.

Here are the personalities who were honored by Forbes for making huge contributions in their respective fields.

After her debut in music show Coke Studio in 2016, 25-year-old Momina Mustehan became an overnight sensation. She won praise for her rendition of ‘Afreen Afreen’, with the YouTube version of the song becoming the most viewed video from Pakistan to date.

These Are Top YouTube Videos Watched in Pakistan During 2016

From that moment onwards, Momina has used her clout and fame to speak about issues such as depression and cyber-bullying, helping raise awareness regarding them in society. She has also spoken out about women’s issues over social media, generating a much-needed debate on the matter.

A World Health Organization report from 2006 mentions that Pakistan is one of the 57 countries that have a critical health workforce deficiency. In short, Pakistan companies face a huge shortage of skills and human resources. This was the problem that led Muhammad Asad and Abrahim to start Neurostic, a healthcare related startup that aims to plug some of those gaps – by looking out for employees’ well-being.

The two 24-year-olds established Neurostic which provides services such as clinical decision support, active, fitness and healthcare monitoring, and data analytics for healthcare applications. They also provide amputees with prosthetic implants, serving people from not only Pakistan but also Iran, Syria and Afghanistan where such services are not available.

His work has already appeared in the prestigious Royal Society Open Science journal, and he just happens to be 17!

Shaheer’s work has laid new groundwork in biomedicine. He has captured the movement of charged ions in a honeycomb, a development that will be studied by fellow researchers in the years to come.

The Shaffi brothers founded PriceOye, a price comparison platform for electronics in 2015. Adnan (28) and Adeel’s (29) creation have proven to be popular in second and third-tier cities in Pakistan, where electronics products are hard to come by and are priced higher than those you can find in major first-tier cities.

PriceOye finds the best deals for consumers by way of data analytics, after comparing products and their prices at various e-commerce platforms in one place.

Sadia Bashir has always wanted to pave the way for women to enter what was previously considered as a male-dominated industry in Pakistan – video games development and production.

She got her start in the industry as a designer, accumulating invaluable experience in game design and production, game programming, digital art and animation. Her path led her to find Pixel Art Games Academy, and she has not looked back since then. Her academy provides training to women who want to work in Pakistan’s IT industry. To accomplish this, her program is aiming to maintain a minimum ratio of 33% for women in the Pakistani games industry. She is also providing scholarships for women developers at her academy as well.

Water scarcity is a serious issue in Pakistan, especially for people who live in villages who have to walk 4 hours a day to get usable water supplies. 24-year-old Hamza Farrukh, a graduate of Williams College and the University of Oxford, wanted to do something about it.

He has set up two solar powered wells that will serve 1,500 citizens at a village in Pakistan, providing them with clean water resources for all year long. Just one pump at this well will be able to supply drinkable water to 5000 people daily!

Syed Faizan founded Perihelion Systems when he was just 23 years old. His startup has already launched two products that have made a difference in the lives of many.

The Edu-Aid app, created by Faizan’s startup, helps in translating sign languages to those who are not familiar with it. His company has also launched One Health, a tracking system that helps to predict disease outbreaks, informing medical institutions and other stakeholders for better intervention and management of healthcare related issues.