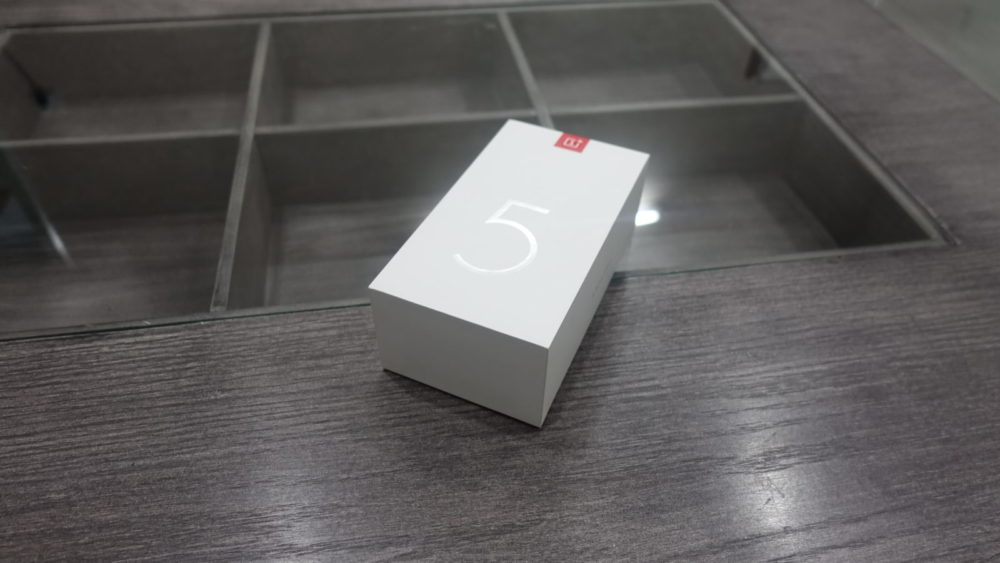 Known as the “flagship killer”, OnePlus started its journey back in 2014 in China with the original OnePlus One.

Not only did it have flagship grade specs, it came at a low price of $300 (16 GB model), beating out the likes of Samsung, Sony, and HTC.

Fast forward 3 years and the once aspiring OnePlus, that wanted to be among the very best Android smartphone builders in the world, was now recognized as a flagship maker itself.

OnePlus 5T is a reflection of that sentiment.

We here at ProPakistani have received a OnePlus 5T unit, courtesy of RockMobile. Read on as we unbox the refreshed, upgraded sibling of the OnePlus 5. 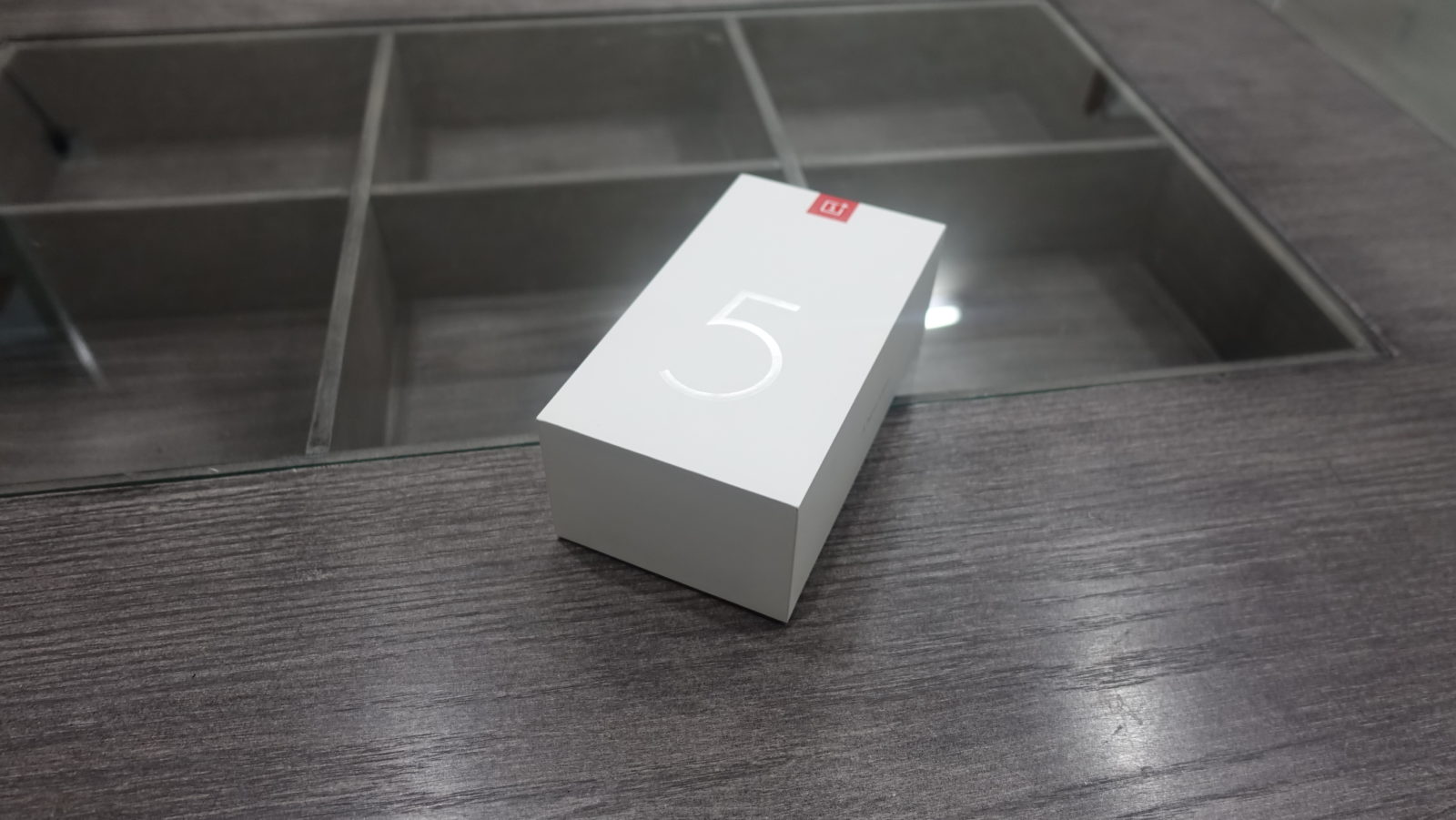 The box looks nothing out of the ordinary with an embossed “5” at the top. Nothing audacious or overly decorative. 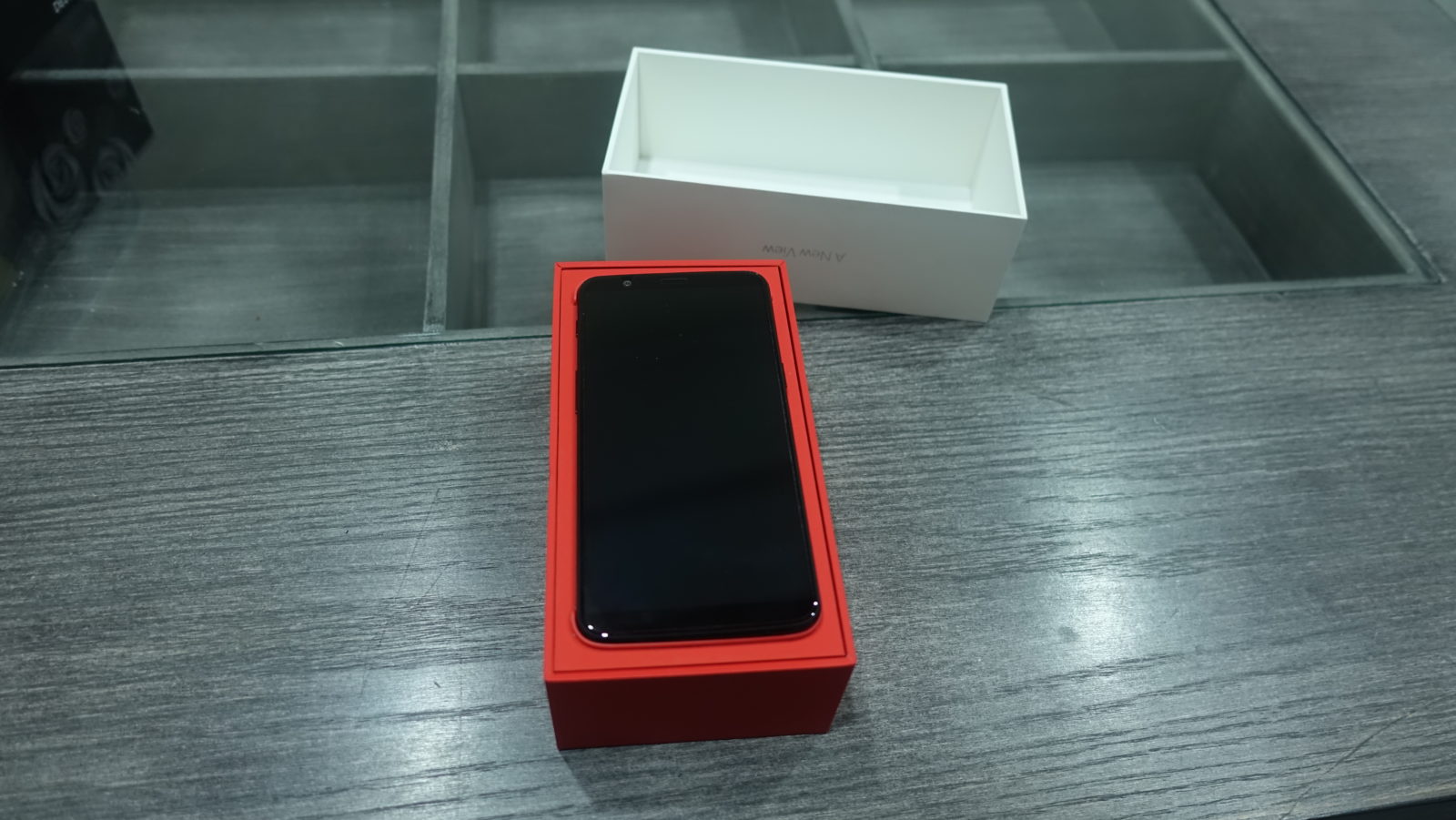 Taking off the cover reveals the OnePlus 5T in all its glory. OnePlus’ signature red and white theme is visible here with a white cover and a red box. 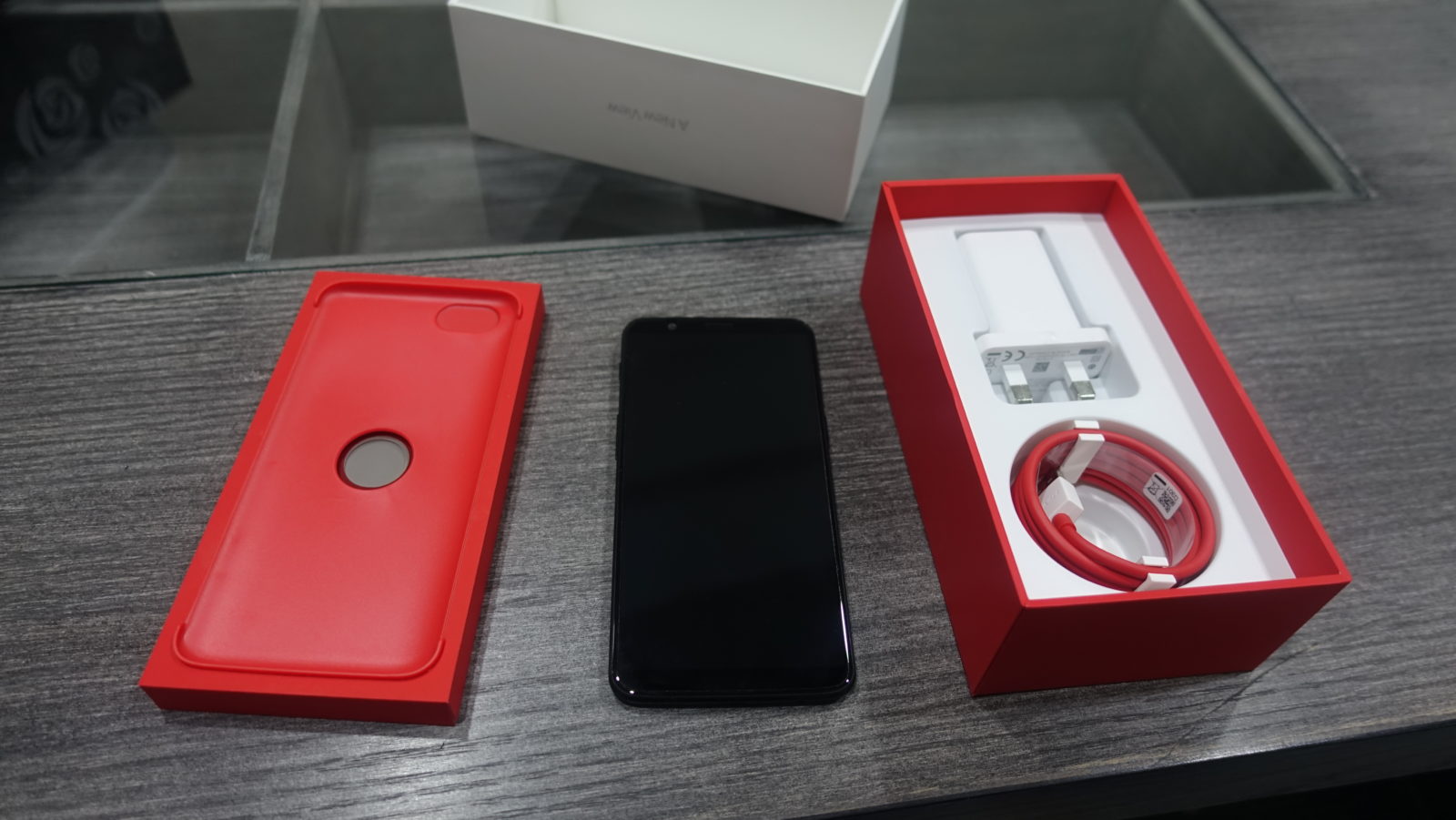 Underneath the phone is another smaller box as well as the charger and a USB-A to USB-C cable. 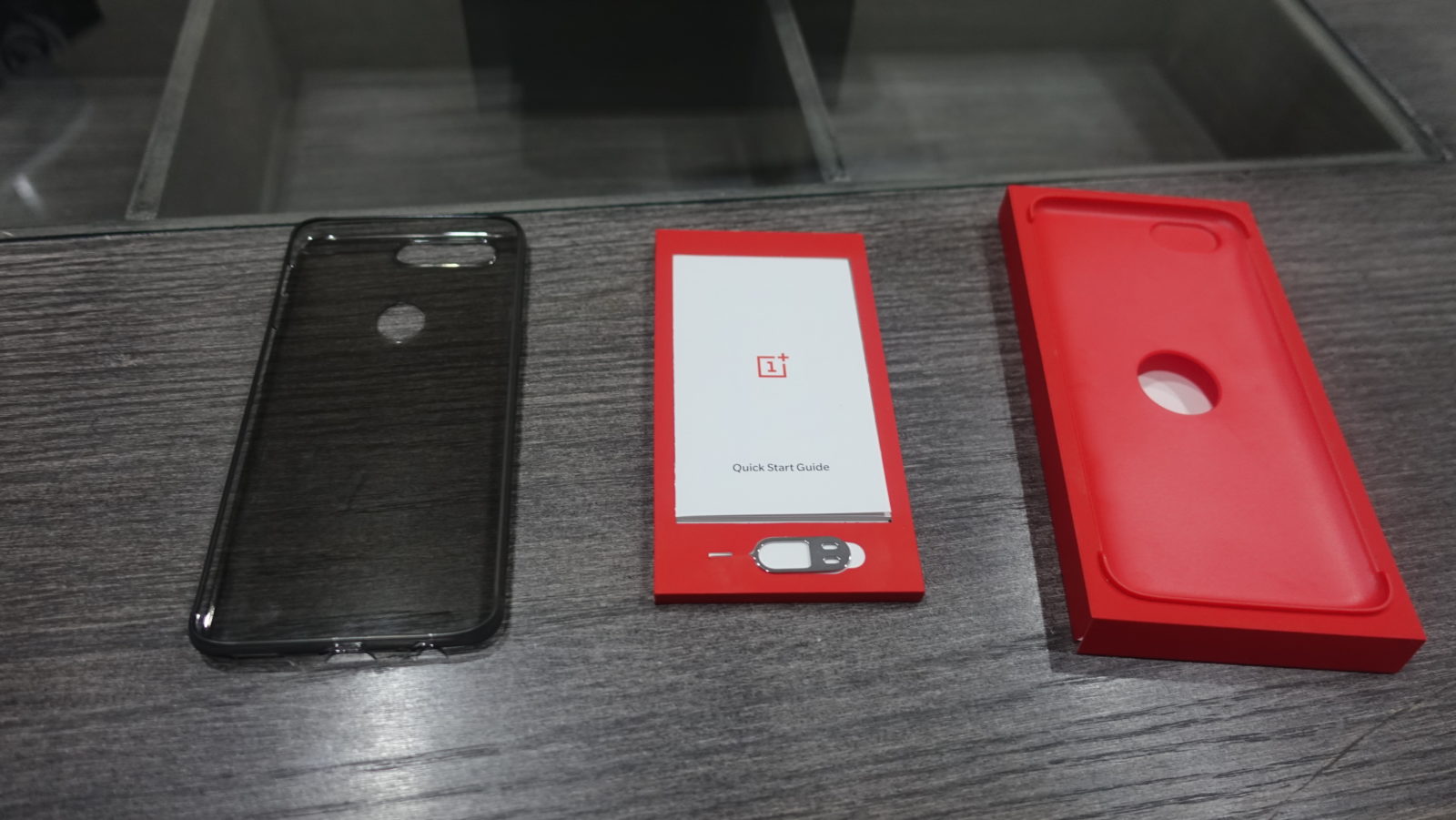 The smaller box has a clear silicone cover inside, with a quick start guide and a SIM ejection tool. The silicone cover can save your phone from scratches and the occasional bump or fall, in case you don’t need a different, sturdier cover. 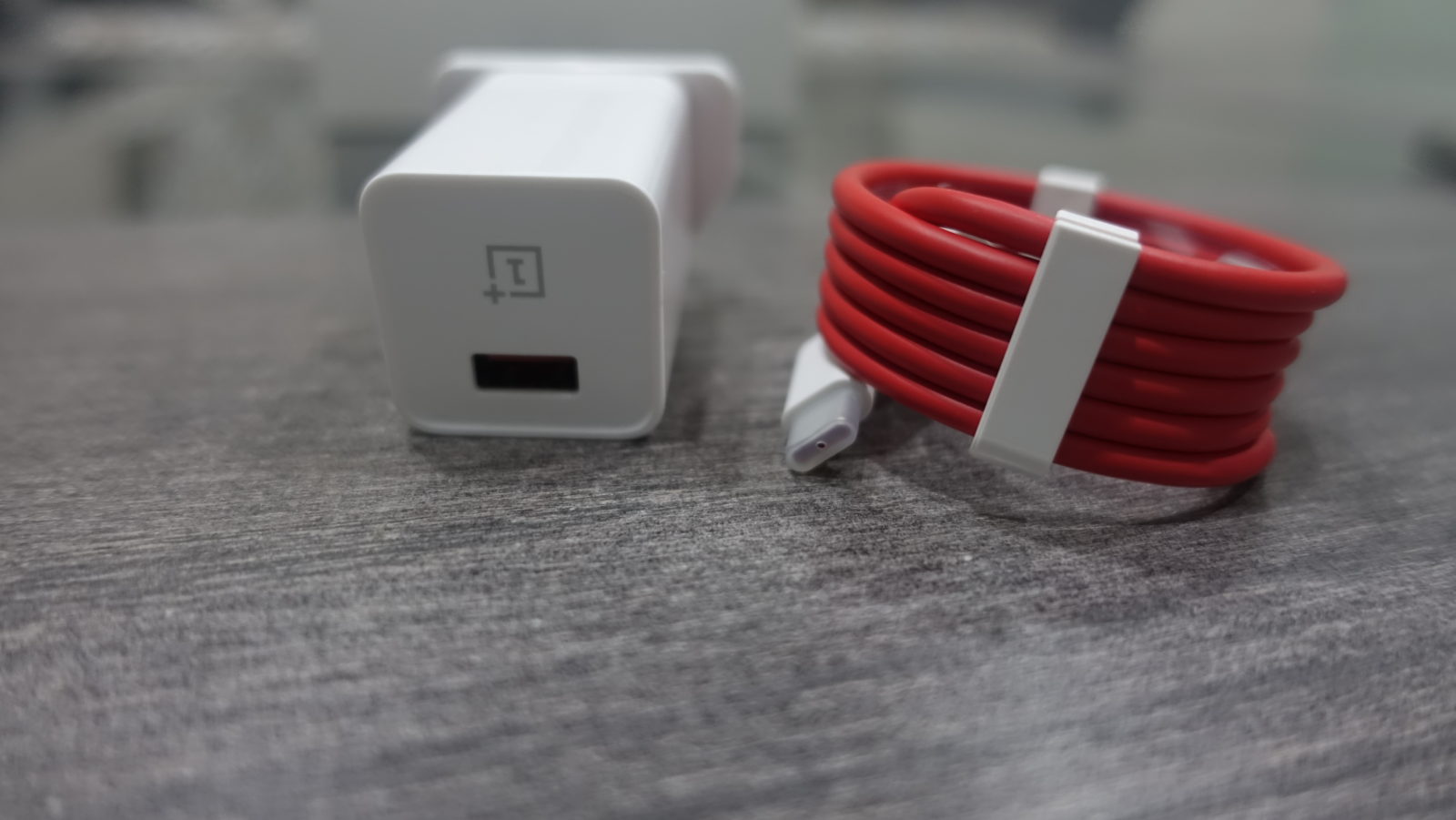 Companies usually package a regular charger with the phone. In Oneplus’ case, it comes with a Dash Charger, promising 0-55% in 30 minutes. 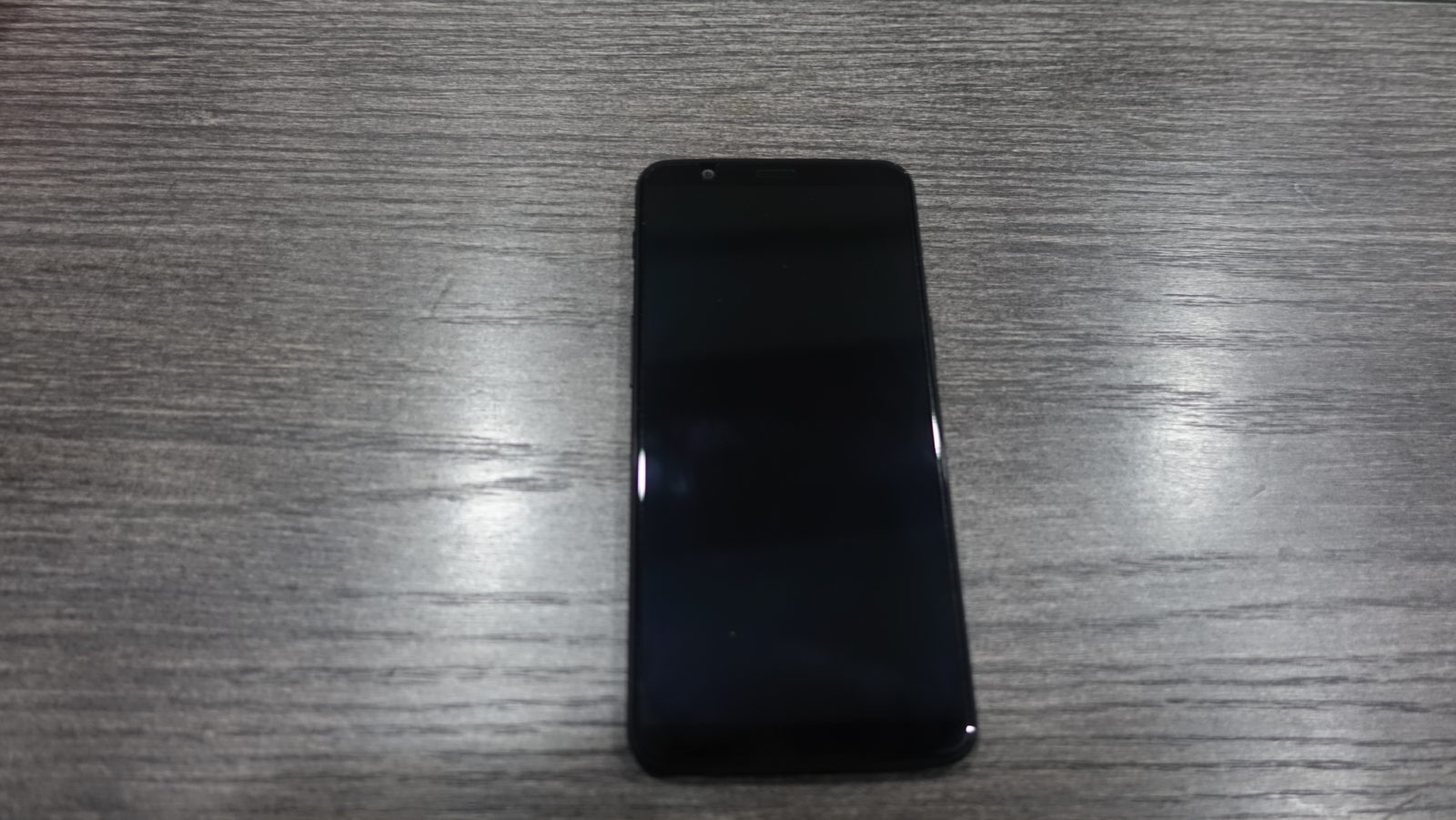 Taking a closer look at the phone, we see that OnePlus was kind enough to pre-install a screen protector. It’s not a tempered glass protector, but it’s a nice touch anyway. 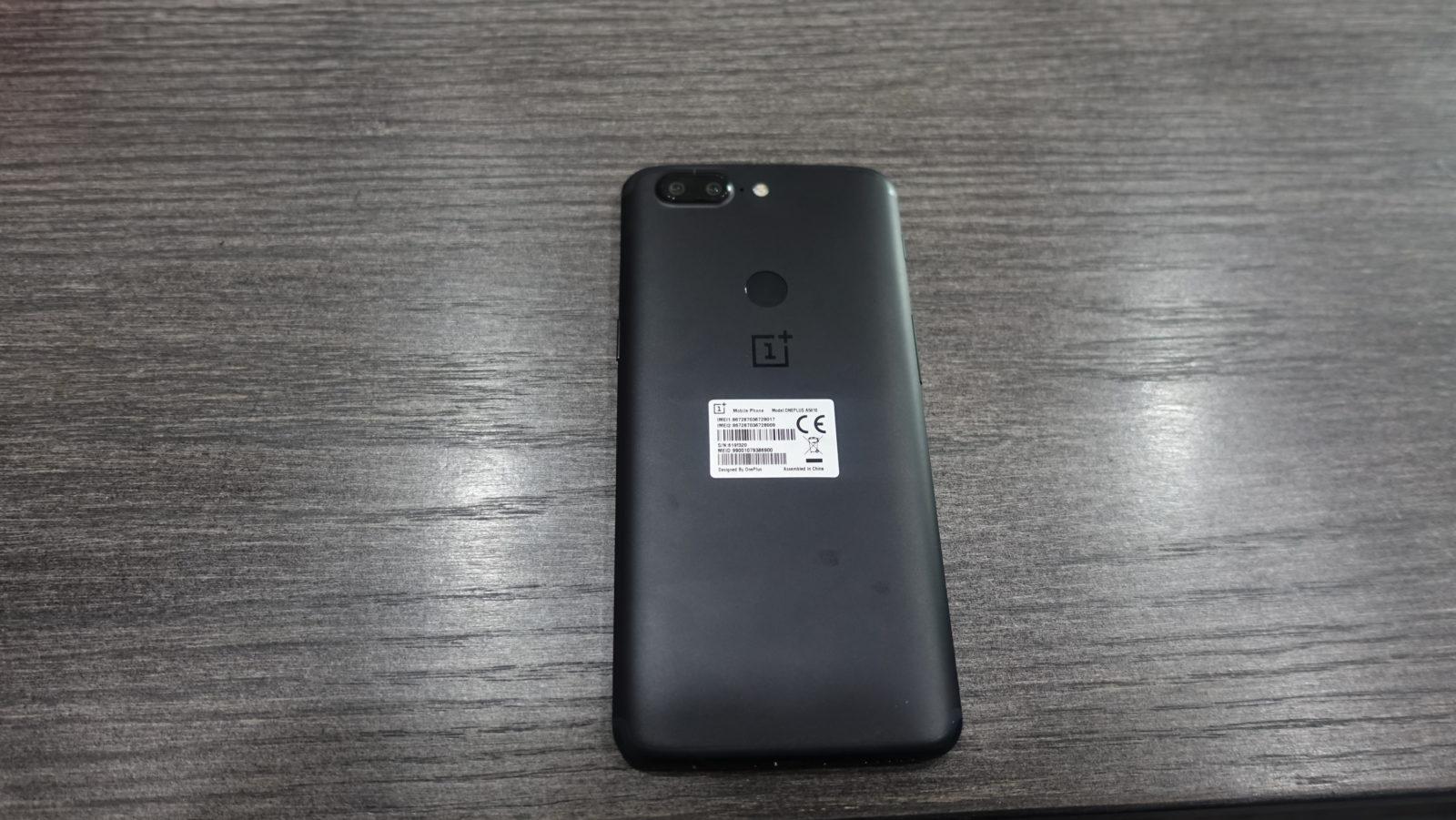 The back of the 5T looks a lot like the iPhone 7 Plus, with the dual cameras located at the top left. 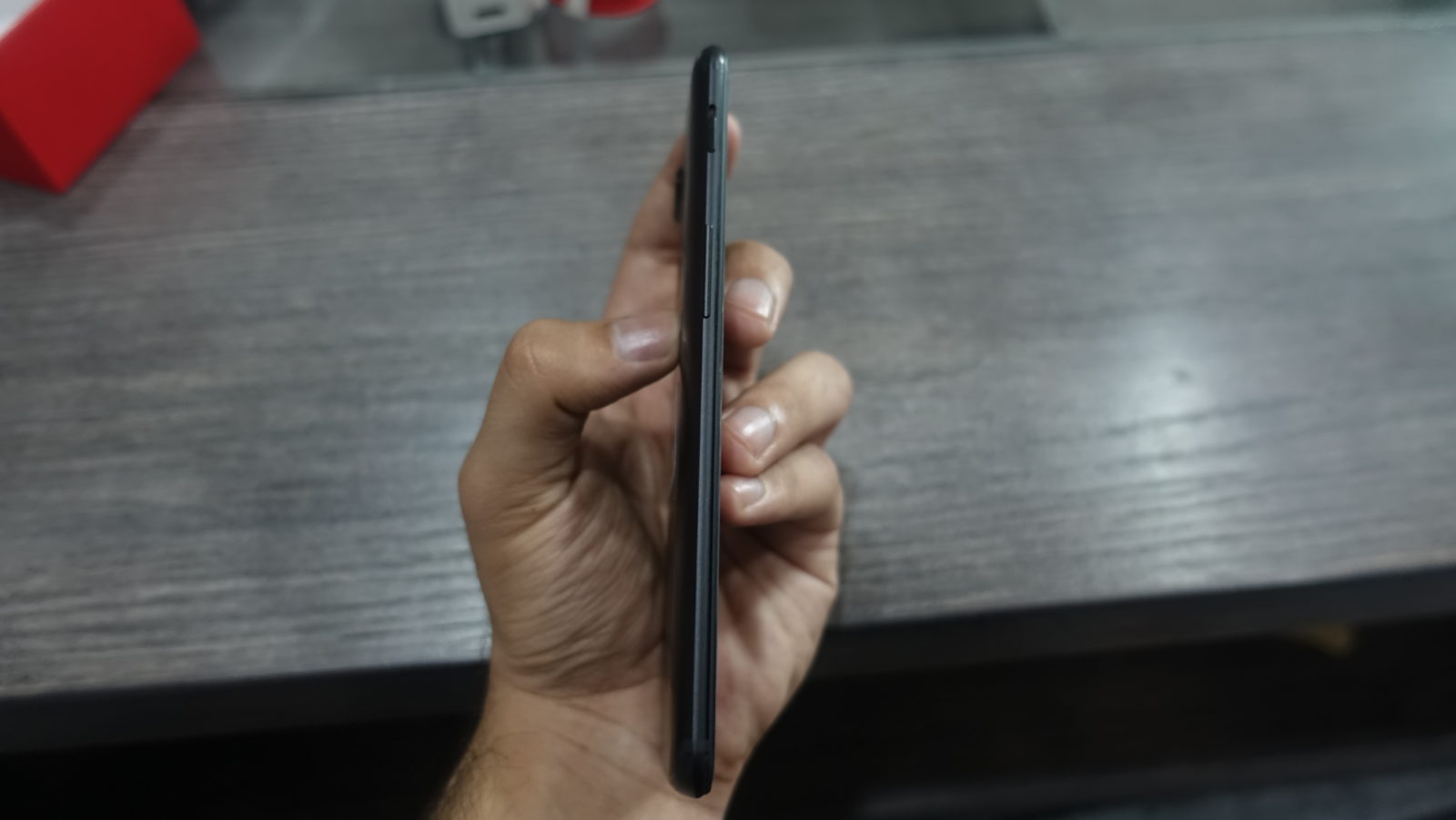 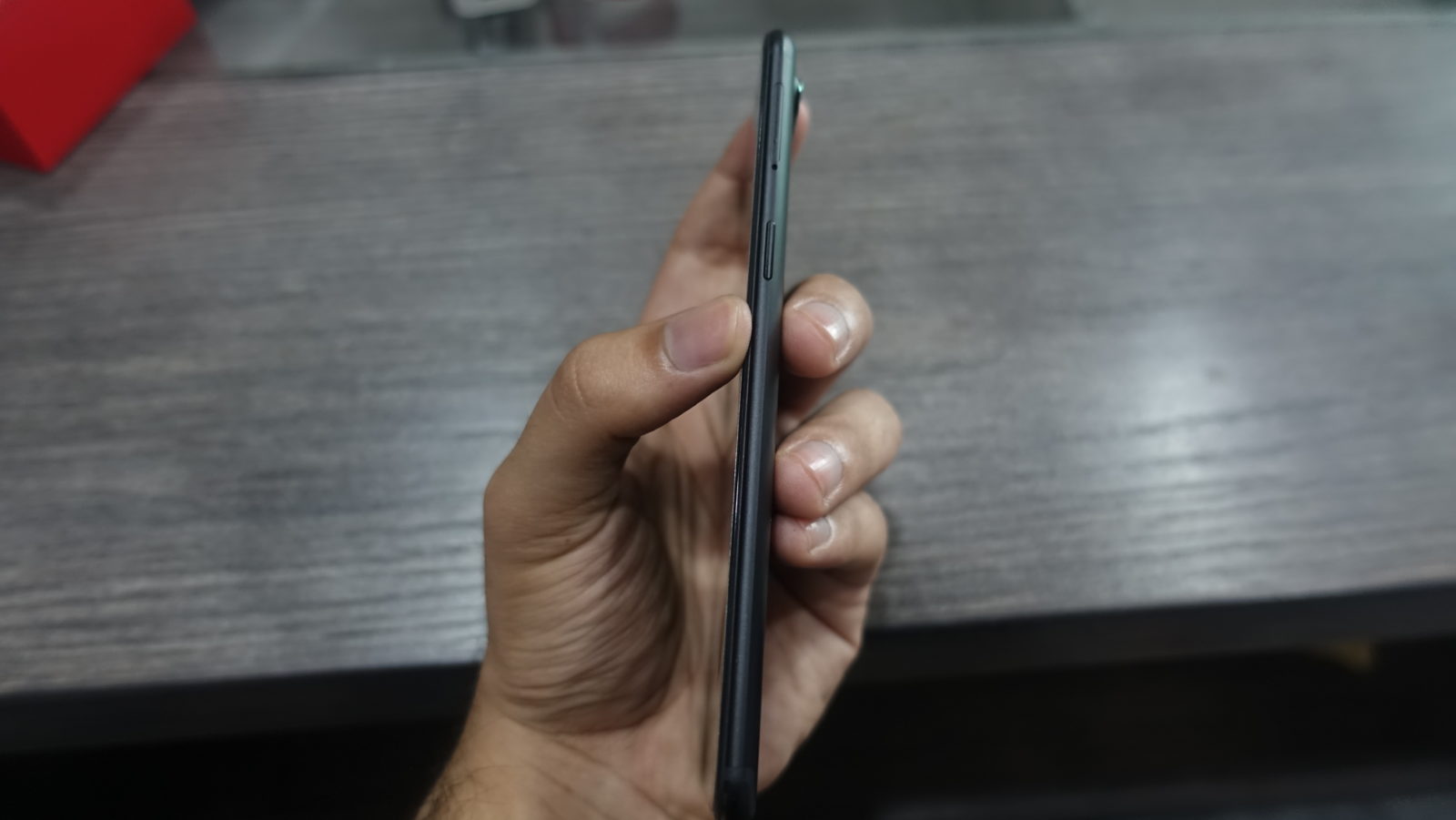 While on the right is a solitary power button. 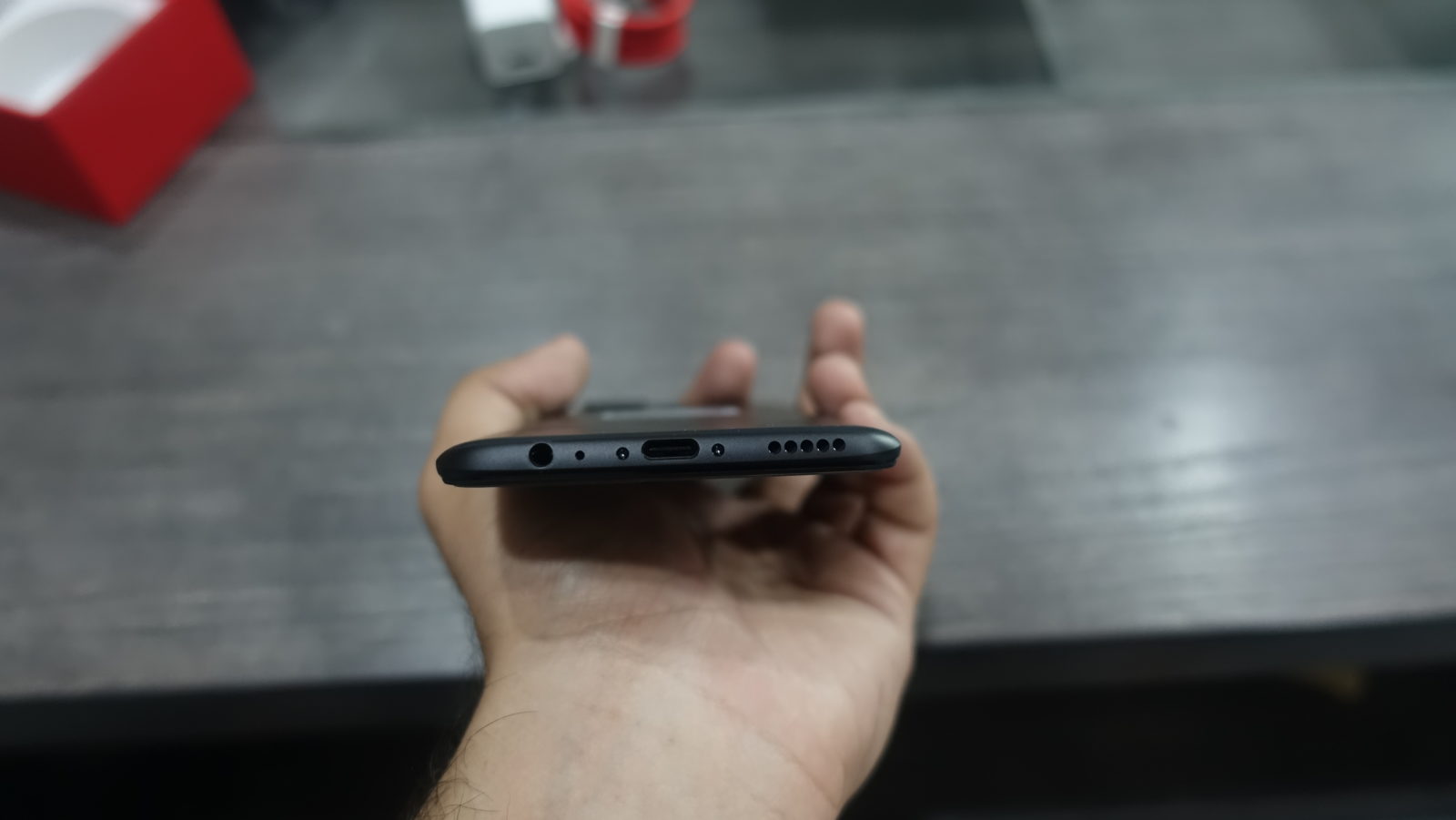 Underneath the phone is a headphone jack, 10 points to Gryffindor for that, as well as the speaker grille and the USB-C port. 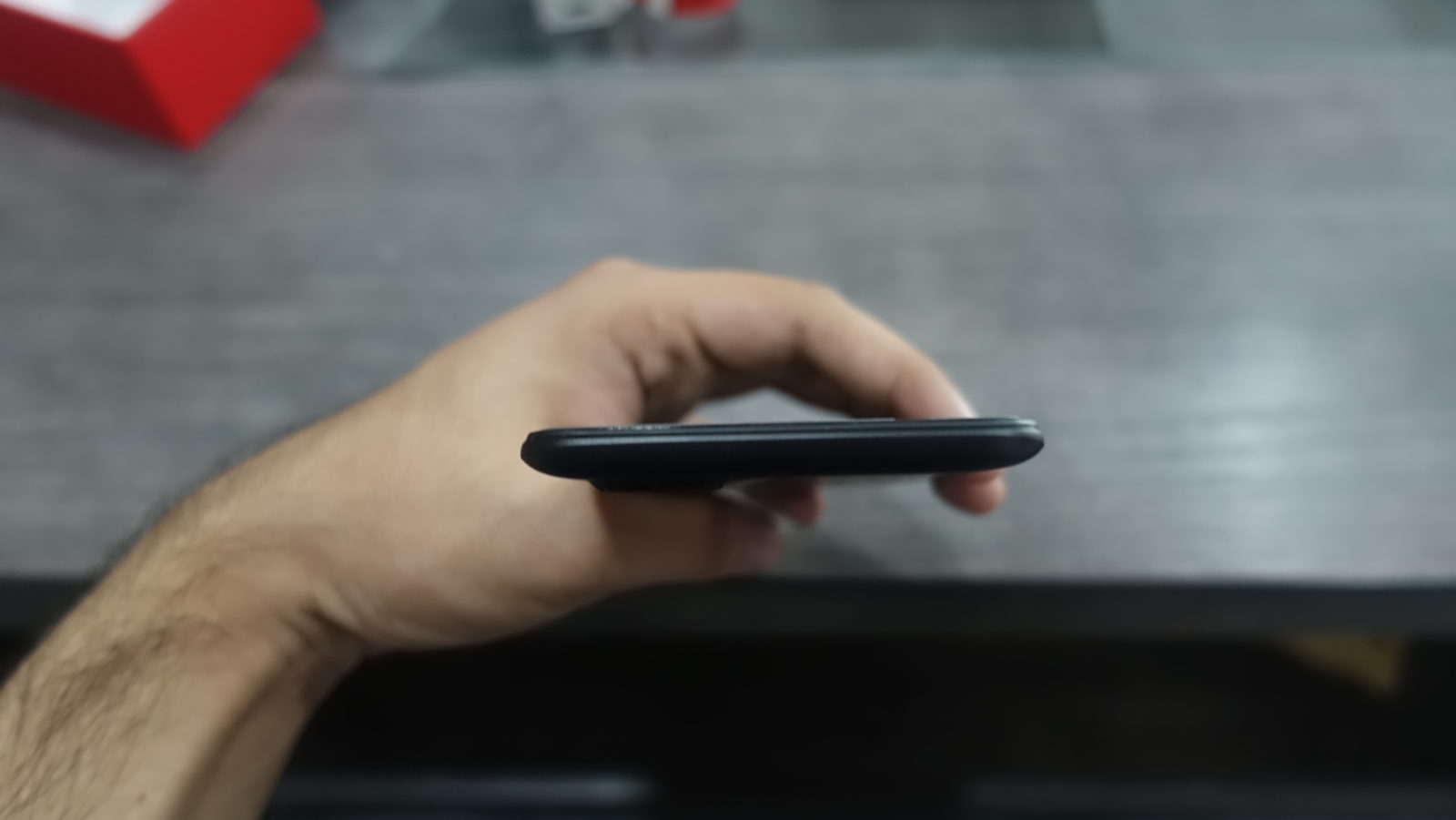 The top of the phone is bare, with only a rubber strip. Metal phones have trouble with their radios (Wi-Fi, mobile network, GPS etc) as the aluminum isolates the signals. The rubber strip helps get the signals into and out of the phone. 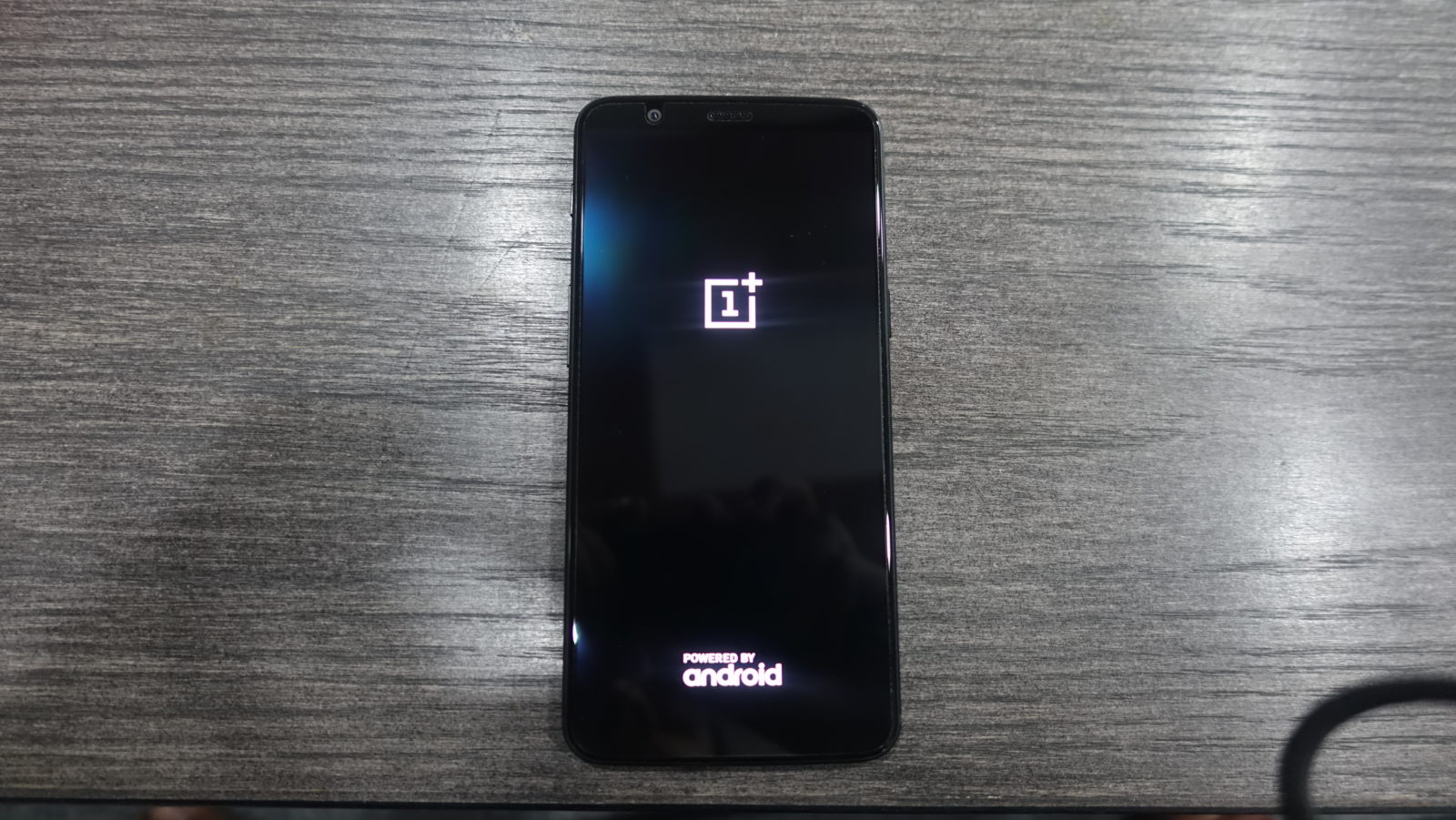 Let’s turn it on. We’re greeted by the OnePlus logo. 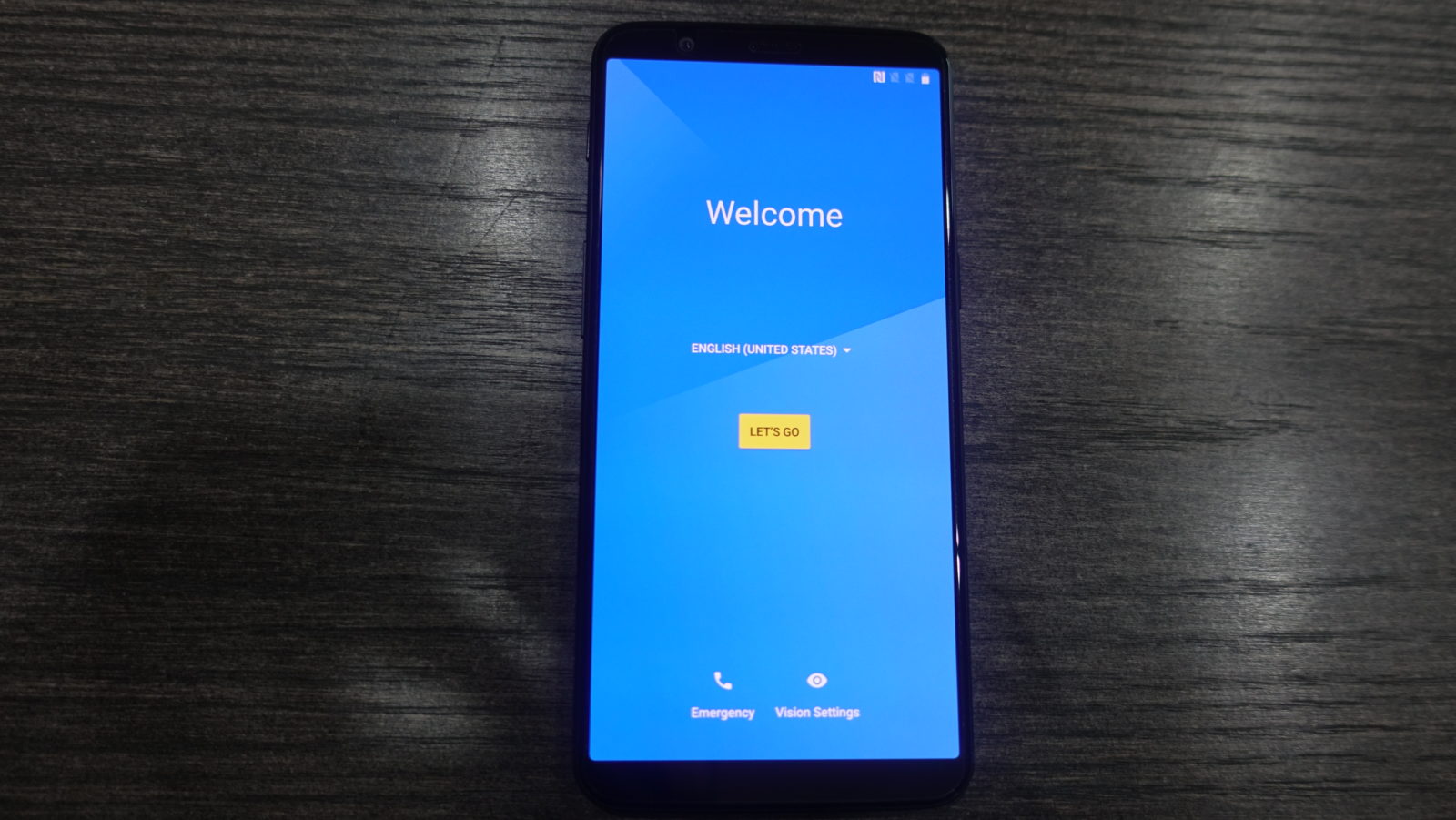 Followed by the welcome screen. 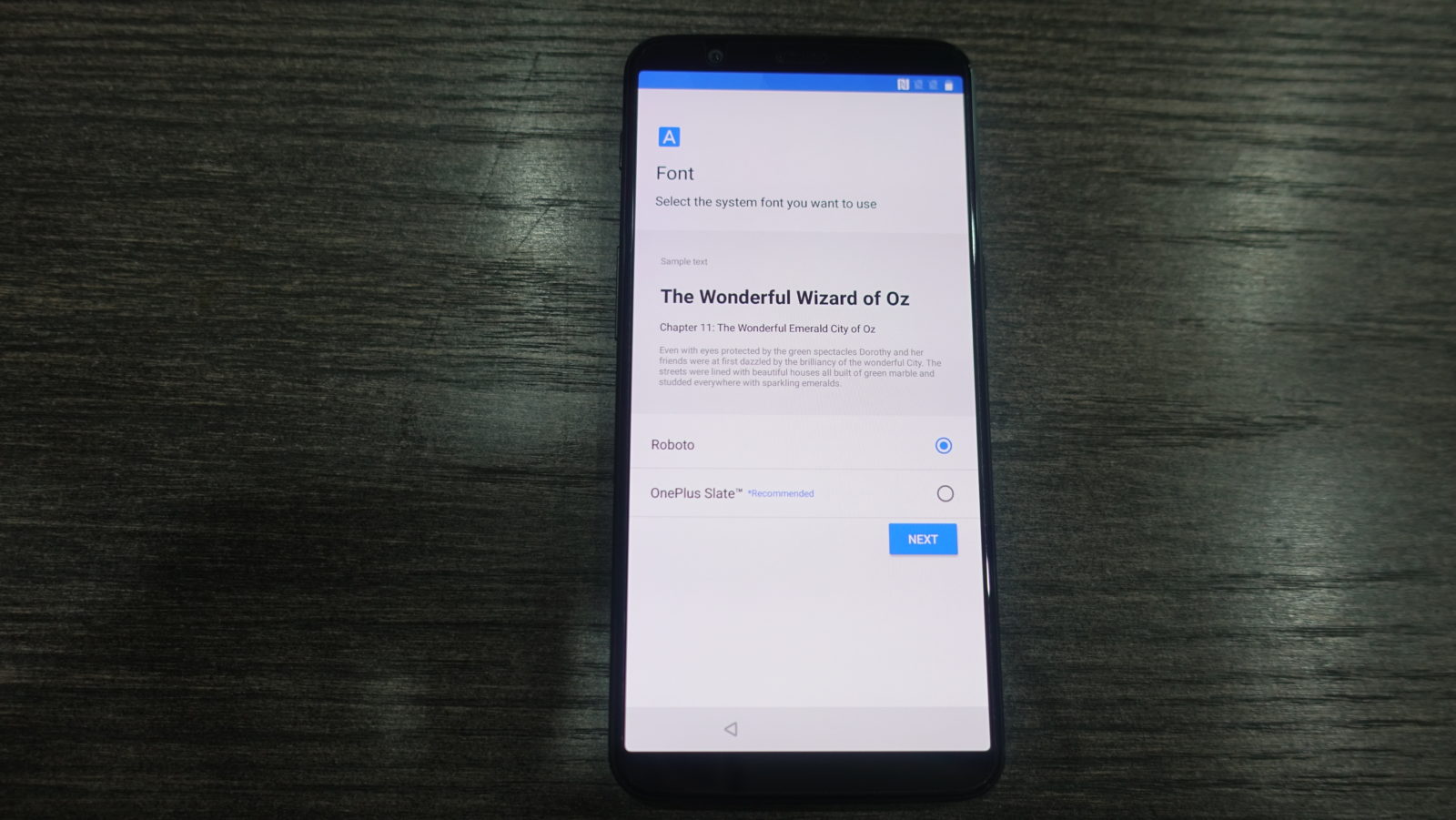 Now here’s what you don’t see often. OnePlus asks you about what font you want to use for your 5T. We’ll go with the recommended “OnePlus Slate” option. 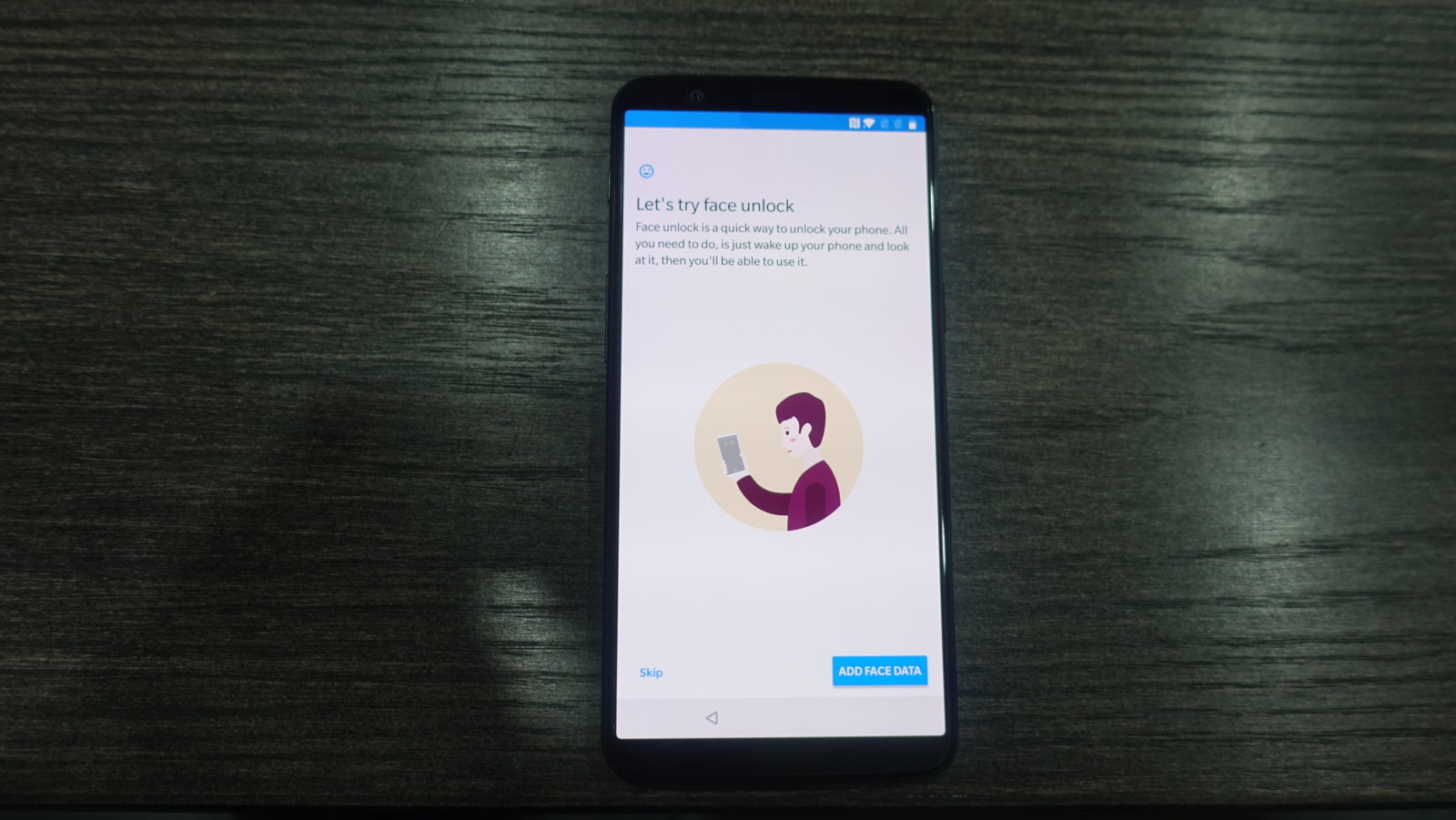 After the setup asks us to configure face unlock. Surprisingly, it didn’t seem to work after setting up and we had to set it up again from the settings. 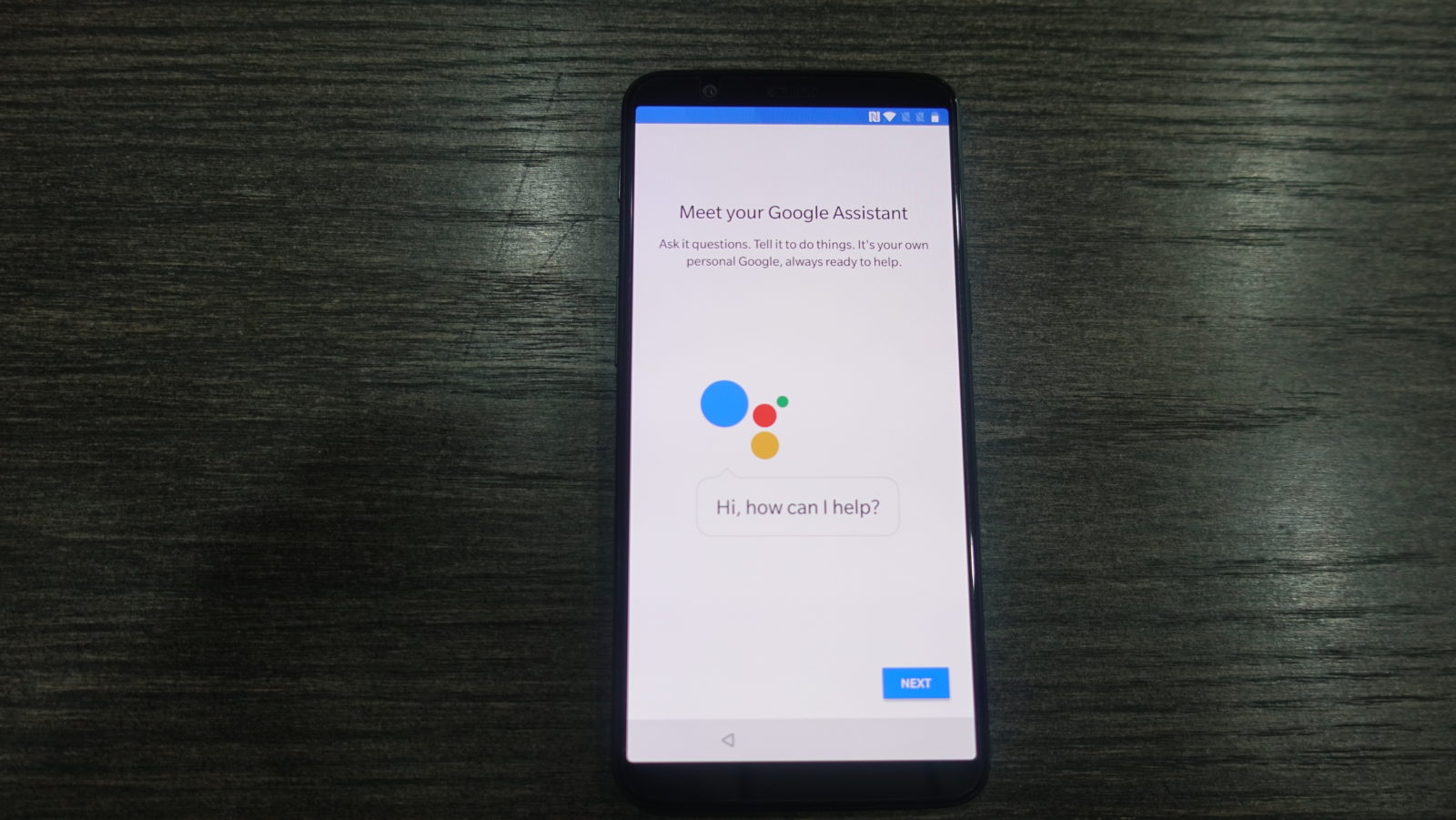 Next is a screen for setting up Google Assistant, quite like Siri in iPhones or Cortana when you’re setting up Windows 10. 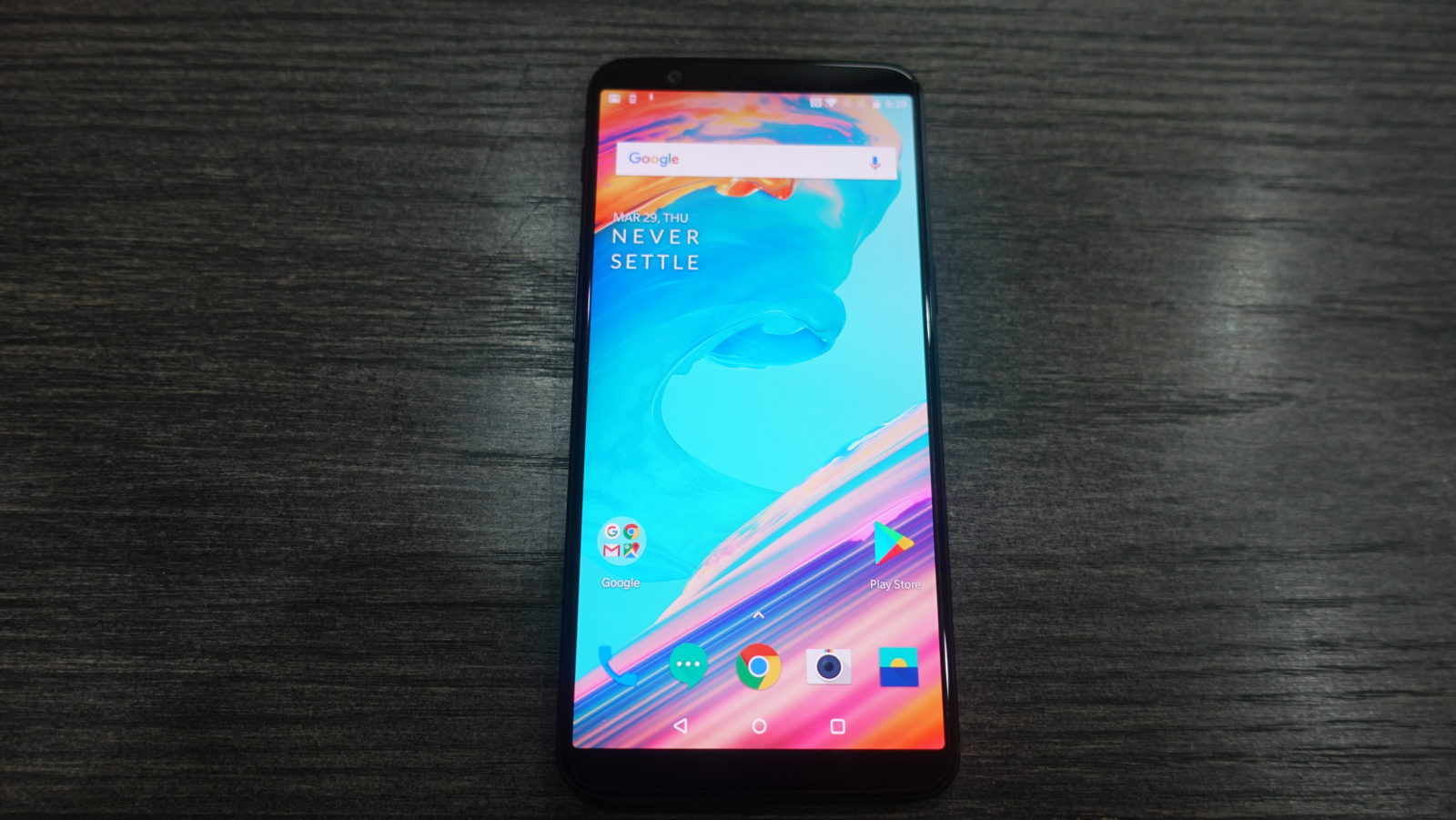 Finishing up, we see the Never Settle OnePlus wallpaper on the homescreen, standard on all their phones.

Swipe left to see the dashboard while swiping up from the homescreen reveals the app drawer, just like stock Android does it. 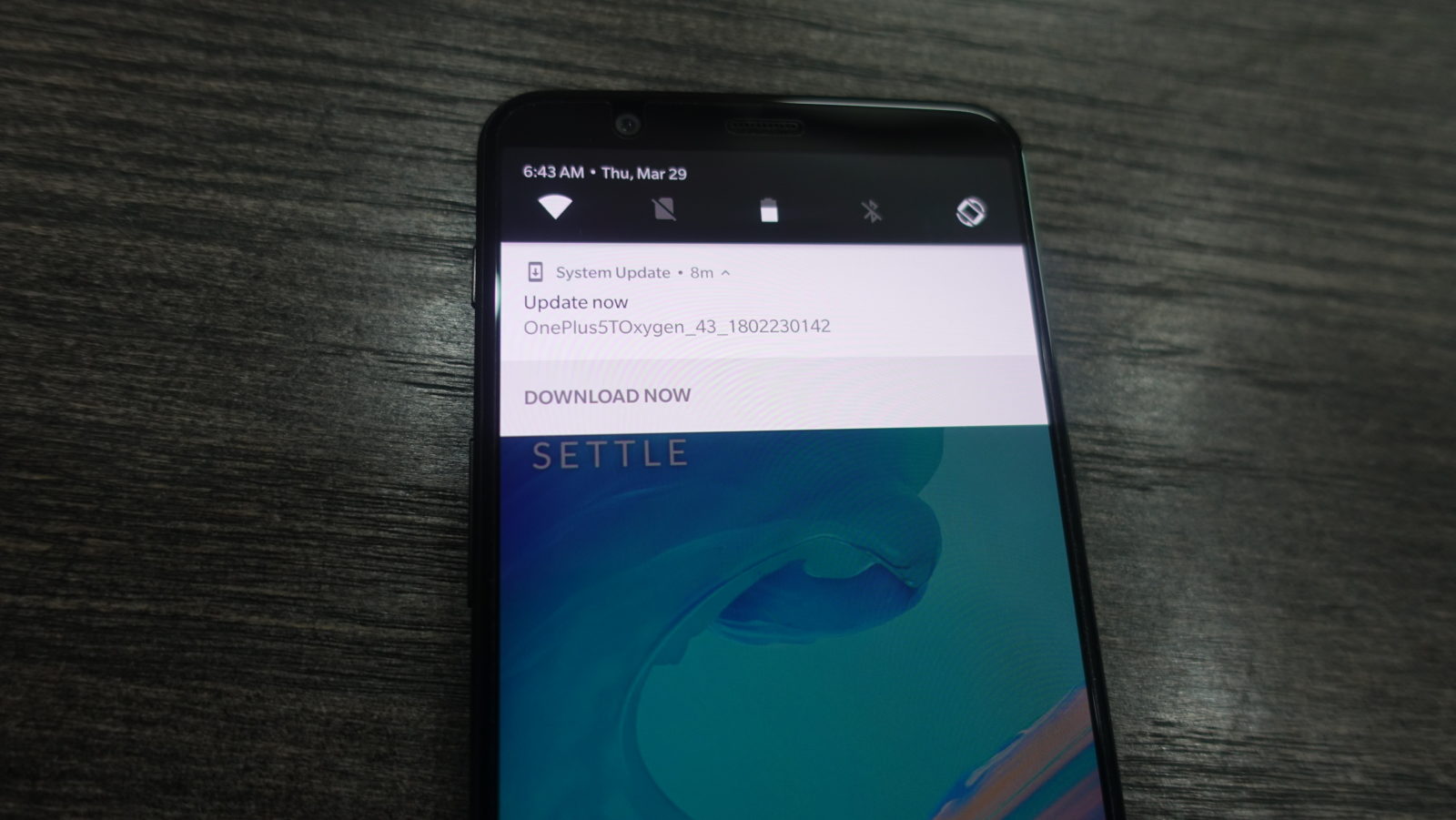 You’ll notice that a system update is available once done looking around. Unfortunately, it’s not Android Oreo (the 5T runs Android Nougat out of the box), but an OxygenOS update. 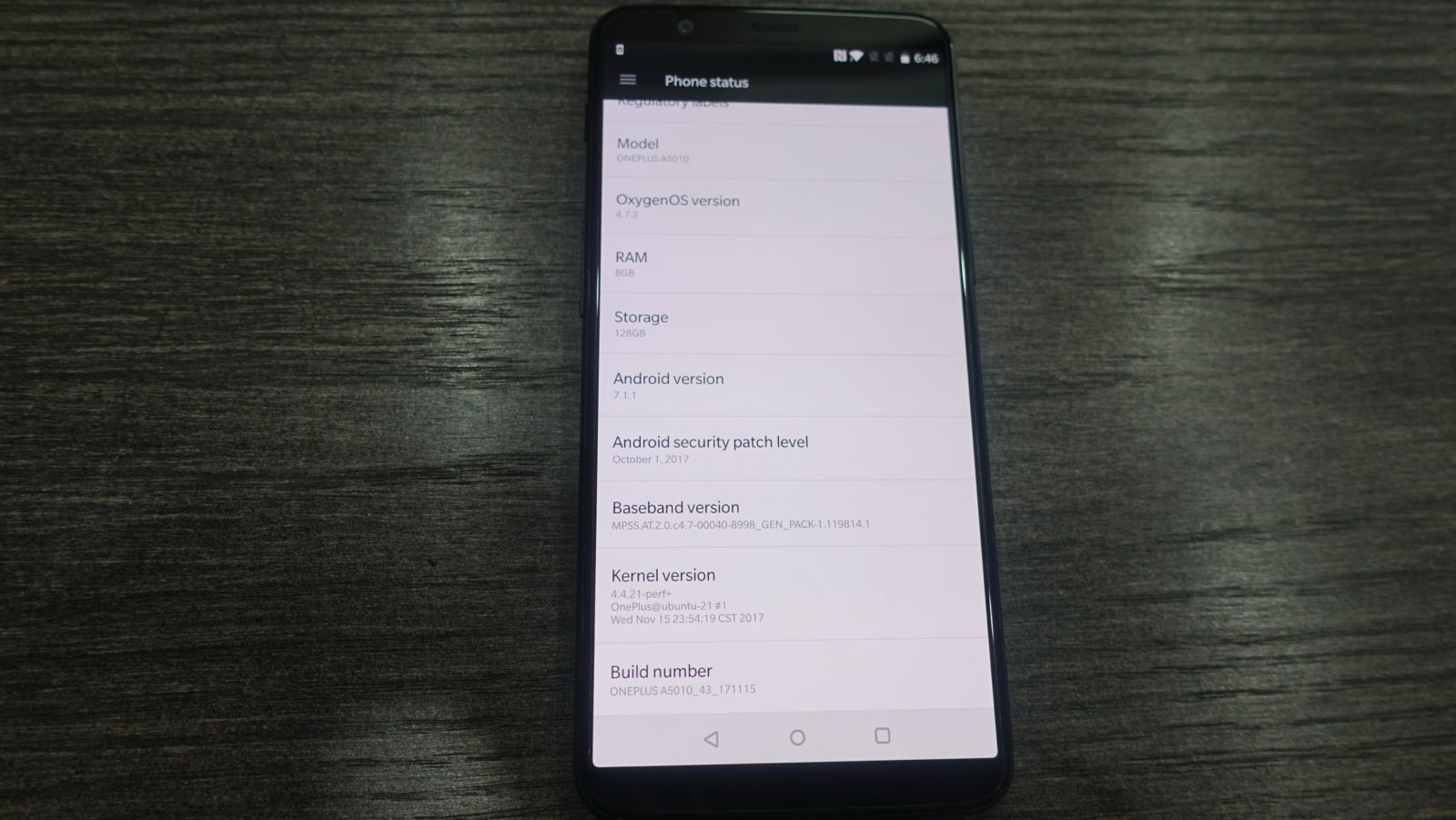 Heading into the settings we can see that it’s Android 7.1.1.We have the 8 GB RAM model with 128 GB storage. 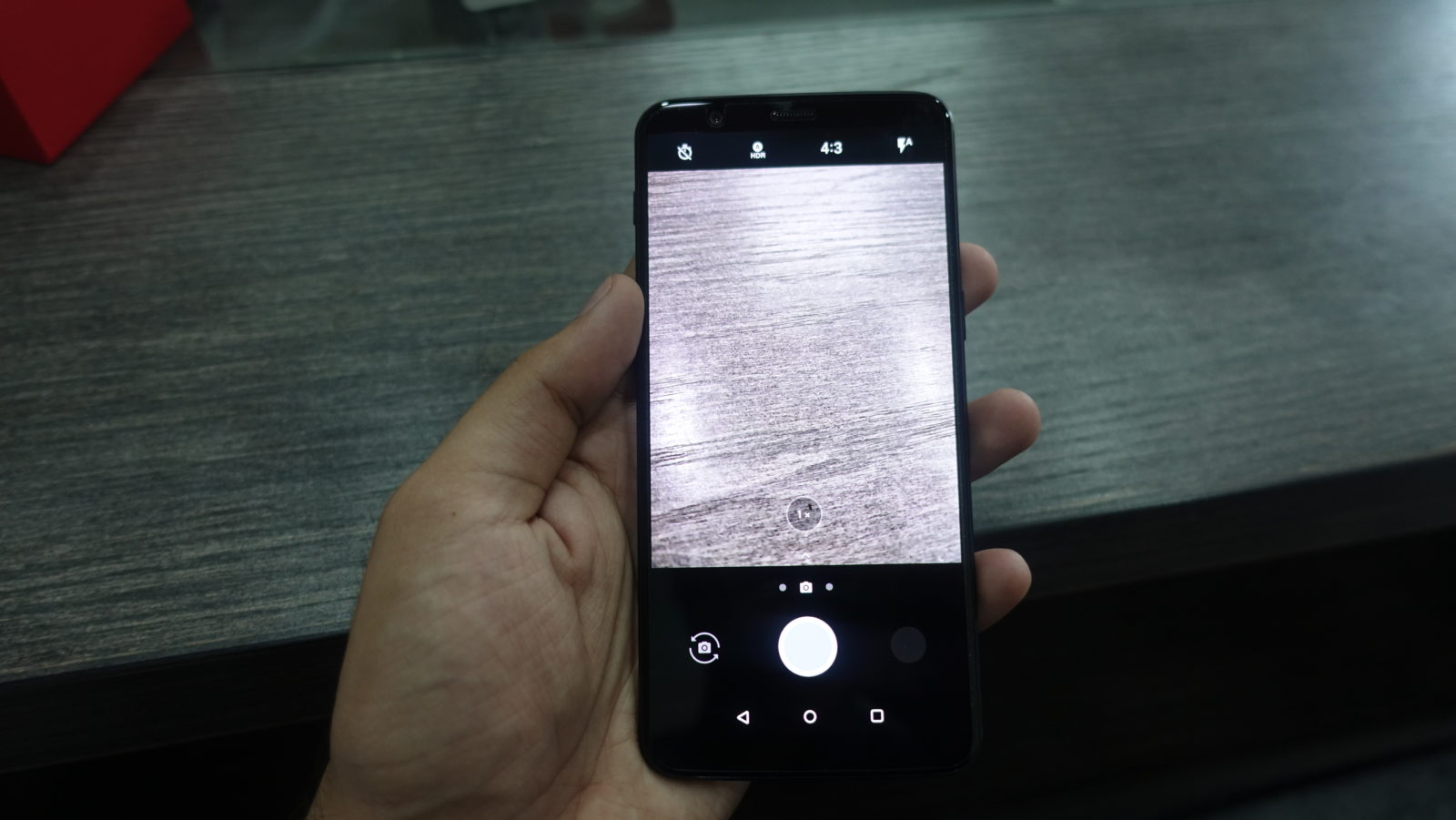 Lastly, we head to the camera for a quick look.The camera app notifies you as soon as you turn it on that swiping left will get you to video recording while swiping right you’ll get the portrait mode. 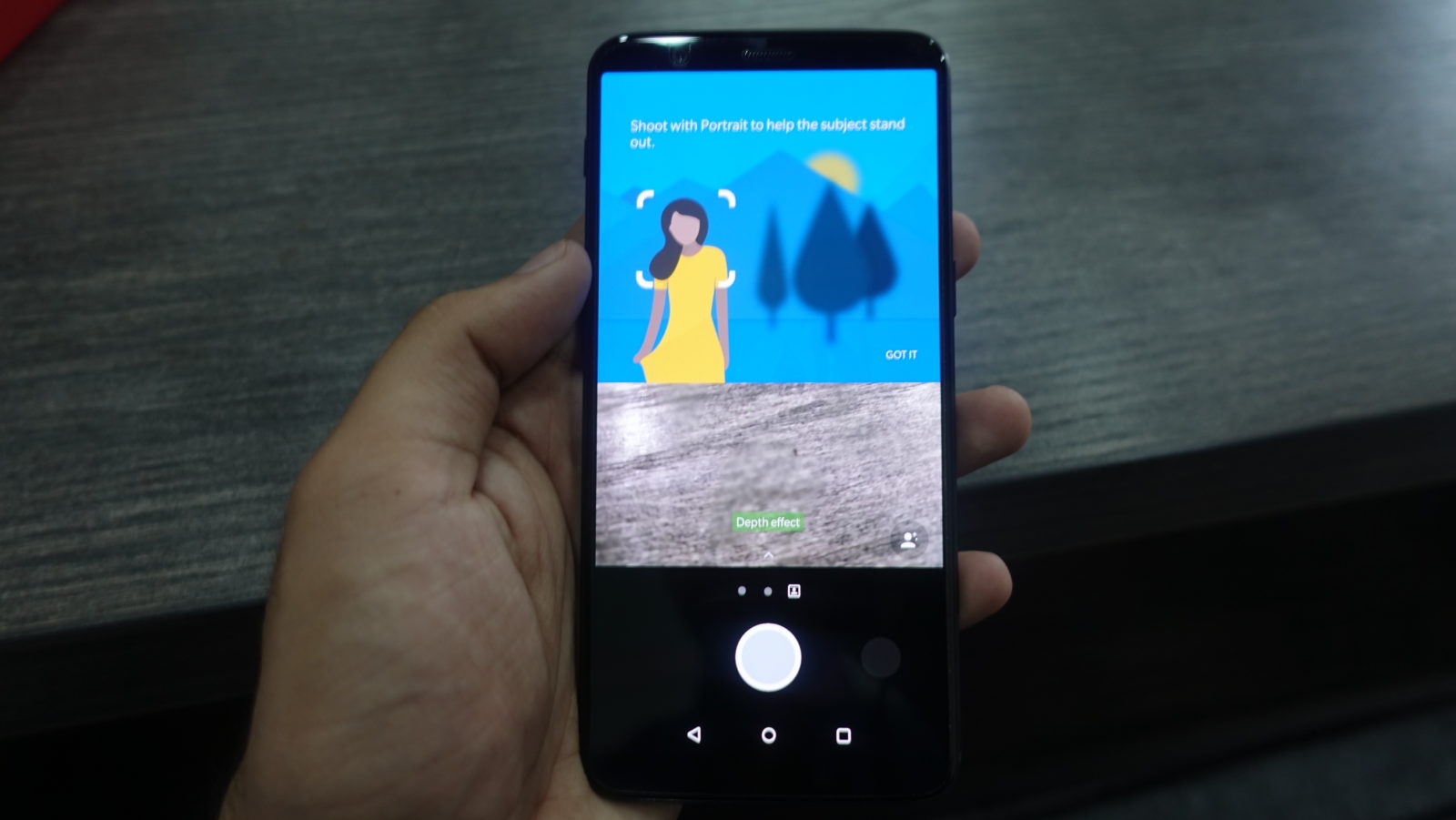 Here we see the famed portrait mode, blurring out the background to emphasize the subject. 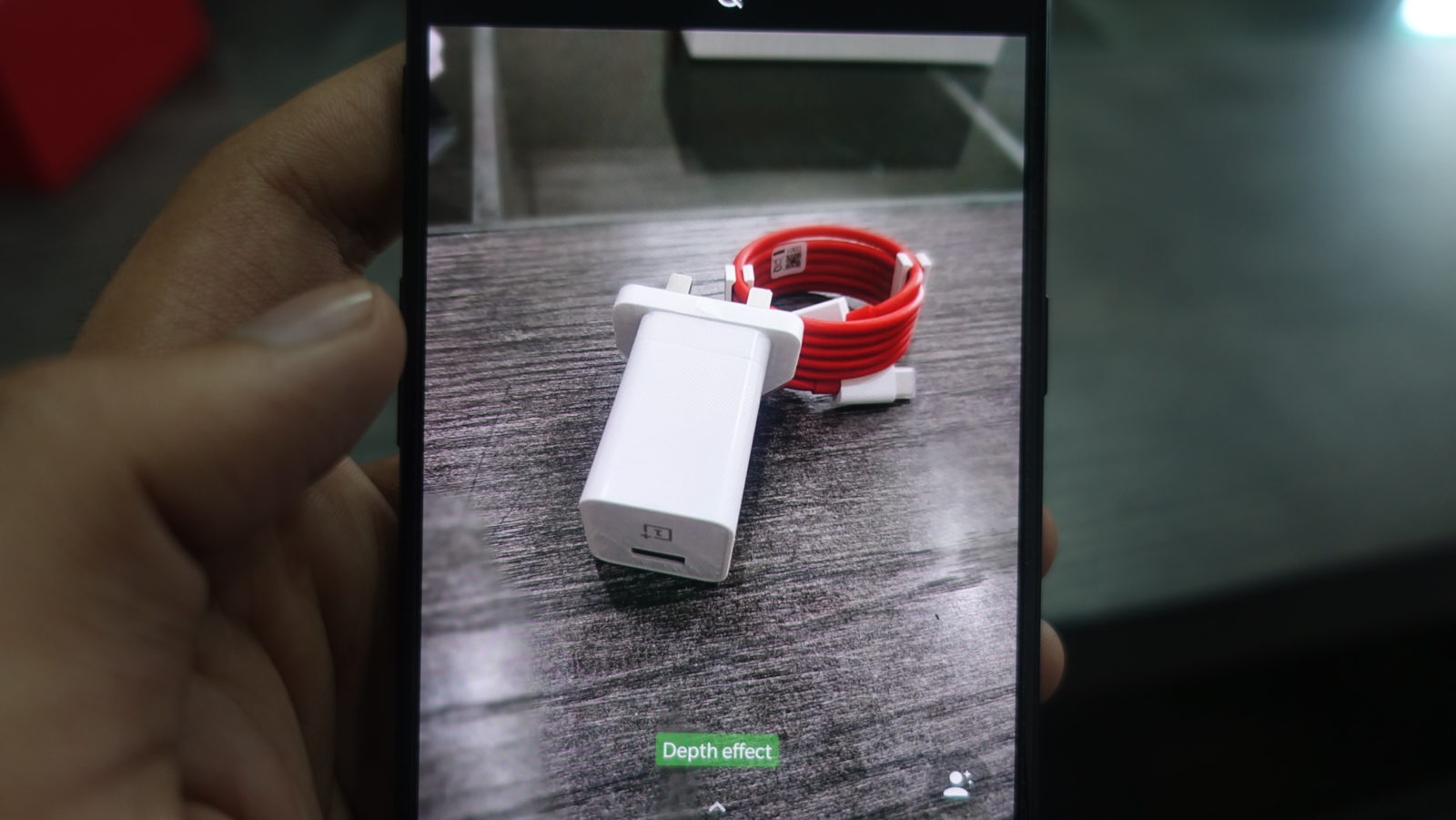 Testing out the portrait mode, we can see the background is blurred on the sides of the Dash Charger.

That wraps up our OnePlus 5T unboxing. Stay tuned for more.

RockMobile is the official distributor for OnePlus phones in Pakistan. They also provide accessories such as the Dash charger, power cables, and OnePlus bullets earphones.

They plan to expand their network to other cities in Pakistan and launch more OnePlus phones in the future.

OnePlus phones are available online and offline both. You can find them at Daraz.pk and Yayvo.com online, or in retail stores across Islamabad, Lahore, Karachi and other major cities.

All OnePlus phones are offered with an official local warranty, courtesy of RockMobile, with service centers located in Islamabad, Karachi, and Lahore.