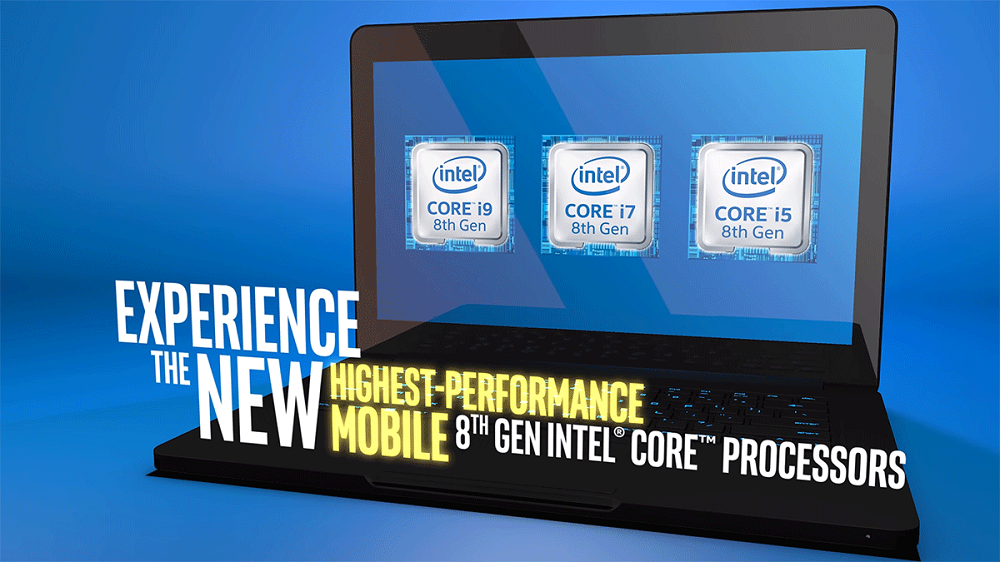 Core i9 has finally arrived on laptops, accompanies by new hexa-core Core i7 processors. Seems like Intel is finally baring its fangs against AMD, at least in the processor department.

After introducing its first ever Core i9 processor in the Core X series last year, Intel is taking steps to make sure it has something for gamers on-the-go.

It has introduced a new Core i9 processor for laptops (alongside new Coffee Lake H-series and U-series chips) which it calls “the best gaming and creation laptop processor Intel has ever built.”

The Core i9-8950HK, the only processor of its kind to be announced, comes with six cores and 12 threads, clocked at 2.9GHz. It can be overclocked, comes with 12 MB cache, and has a maximum boost of 4.8GHz.

Intel has recently made some big strides in laptop gaming, including its partnership with AMD to bring the fight to Nvidia. However, while that project is still meant to save costs, the Core i9 is all about providing as much horsepower as it can.

New i7 Processors Join The Fray

That’s not all, as Intel also unveiled a bunch of new Core i7 processors, also for laptops. These are based on the 14nm++ Coffee Lake architecture, rather than the later Kaby Lake R.

Processors are not the only cause of elation, though, as Intel is also bringing Optane memory, in both SSD and hybrid drive forms. The result will be a 1.3x improvement in performance, as well as 4.7x in gaming. Finally, the 300 series chipset will bring Gigabit Wi-Fi to future flagship laptops.