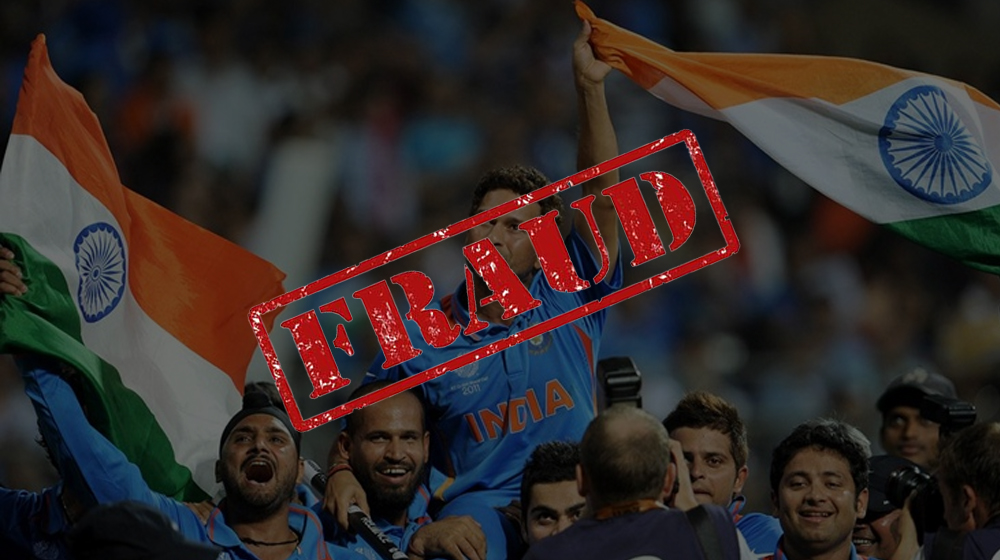 Match-fixing has always been there in the world of cricket. In recent years, and some high-profile match fixing incidents, cricketing bodies and authorities have adopted a zero tolerance attitude against activities that illegally affect the outcome of a match, and end up compromising the integrity of the game.

Today, another incident relating to match-fixing has come to light which involves a member of the India’s 2011 World Cup winning squad.

The involvement of the former Indian cricketers has not yet been discussed in public, possibly to preserve the image of India in the world of cricket.

The member is said to have “ties to a match-fixing syndicate that organized a domestic T20 tournament in Jaipur last July”, according to Indian media.

According to various reports, the T20 tournament — Rajputana Premier League (RPL) — is under investigation by Rajasthan Police’s CID.

This is not the first time RPL has to respond to some tough questions. Last year, BCCI’s Anti-Corruption Security Unit (ACSU) also questioned them regarding allegations of match-fixing.

Rajastan Police claims that they have located the “mastermind of the organized cricket racket” who helped RPL.

Through unfair means, organizers of such leagues earn between Rs. 35 million to Rs. 55 million within a week.

The police has further made the shocking claims that the accused also has business links with a former international player who has played for India’s national team across all three formats.

The former player had been spotted on the sidelines of the tournament that witnessed some bizarre passages of play. For instance, sources said, a bowler conceded eight byes by bowling “blatant wides” in the final over of a tight contest.

Note: The video of the “tight contest” is attached below.

It is evident from the video that the bowler had no intention to win the match and as a result, he bowled some atrocious deliveries to ensure that the opposition registered an easy win.

RPL — Just One Example of Match-Fixing in India

The RPL has been consistently linked with match-fixing and last year, 14 people were arrested after they were suspected of betting and fixing activities in the tournament. The culprits included organizers, players, umpires and alleged bookies.

Pankaj Kumar Singh — the additional DGP CID — said they are looking at all possible scenarios and following all leads.

We are currently probing links between private entities, those who are part of the cricket fraternity and officials. We will take action if there is evidence that links them to corruption.

This is a new methodology bookies and fixers have come up with. They host a private T20 tournament, select a venue and arrange to have it telecast. Because if you telecast it, then the bookie community and betting community gets involved and everyone sitting in a drawing room can bet.

Not even once can I recall a meeting in which you have chosen to discuss this issue. Not even once have I been asked what the magnitude of the problem is and what needs to be done.

This incident can spark a lot of controversy and (possibly?) uncover a lot of match-fixing incidents. This goes on to show that match-fixing plagues every other test playing nation. Those who publicly shamed Mohammad Amir, Mohammad Asif and Salman Butt, need to take a good hard look at their own selves before pointing fingers at others.