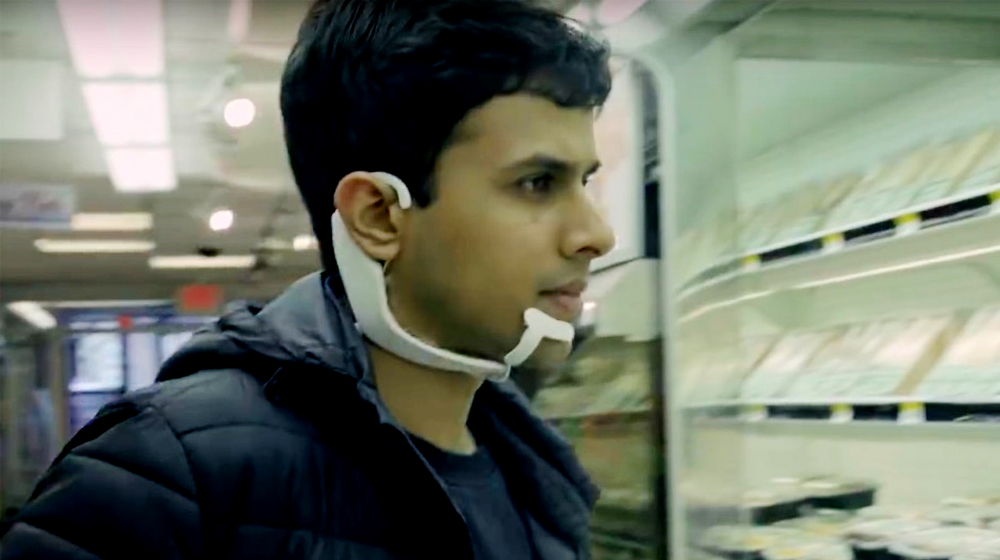 This device is able to “read your mind” and figure out what word you are thinking in your head.

Ever wanted to impress your friends by controlling your computer telepathically? Yeah, me neither. But in the coming days, you will be able to do that thanks to MIT’s AlterEgo headset which can “read your mind” and is able to recognize what words you are thinking of.

The mind behind its development is a graduate student Arnav Kapur. Here’s the device in action:

It will be quite similar to how digital voice assistants work, such as Google Assistant and Siri. You will be able to tell it to “set a reminder” or “call mom” without really saying anything – it picks up signals sent to your mouth and jaw by your brain with 92% accuracy.

AlterEgo is a wearable system that allows a user to silently converse with a computing device without any voice or discernible movements — thereby enabling the user to communicate with devices, AI assistants, applications, or other people in a silent, concealed, and seamless manner.

Moreover, much like aids for people with hearing impairment, AlterEgo responds to queries through bone-conduction. It sends sound vibrations through facial bones at a particular frequency, which is only detectable by the person wearing the headset. Quite similar to how bone conduction headphones work.

This tech will become more practical in the coming years and in its early trials involving 15 people, it already scored 92 percent accuracy.

Digital voice assistants suffer in noisy environments and are a chore at times to control when you can’t really speak clearly. Other than that, AlterEgo will also revolutionize communication for people with speaking and hearing impairments who can control a computer by just using their minds. Arnav said,

Our idea was: Could we have a computing platform that’s more internal, that melds human and machine in some ways and that feels like an internal extension of our own cognition.

For example, Roger Ebert did not have the ability to speak anymore because lost his jaw to cancer. Could he do this sort of silent speech and then have a synthesizer that would speak the words?

Currently, the device is only capable of recognizing 20 words with 92 percent accuracy. Researchers, along with Arnav Kapur are working on making this device more feasible and adding more to its vocabulary to enhance recognition and application.