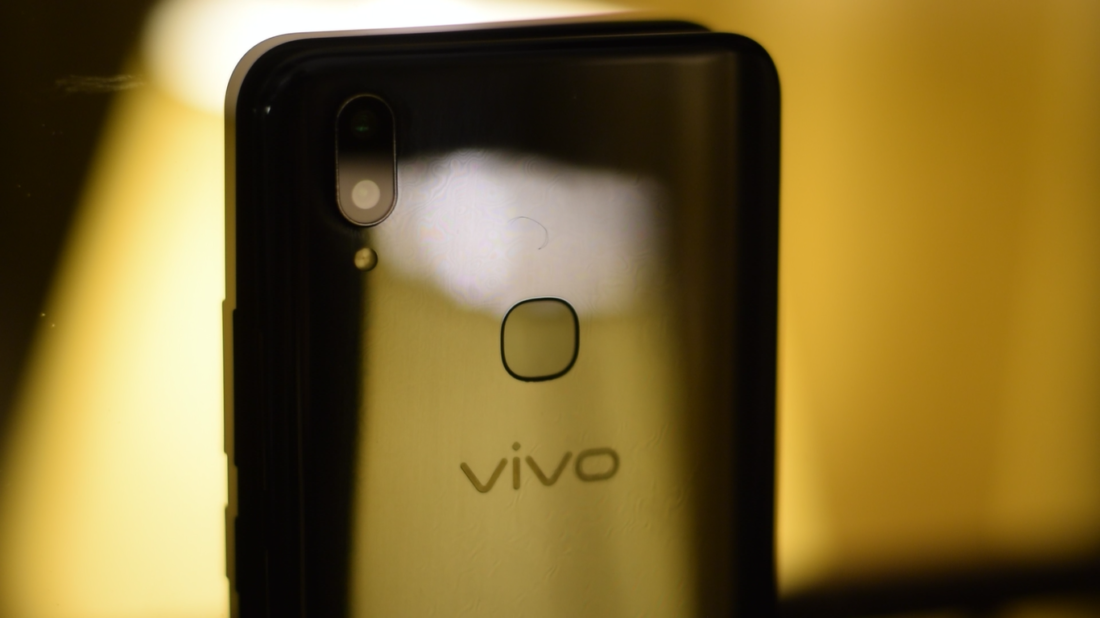 Vivo V9 is the V7+’s spiritual successor in many ways. In this review, we take a look at the V9 and what makes it different from other mid-ranger phones in the market.

Around 6 months ago we reviewed the Vivo V7+. It was a good mid-range phone with decent performance and one of the best front-facing cameras in its category. However, no one else seems to be pushing the boundary of bezel-less smartphones in the mid-range market as much as Vivo with their new V9.

The V9 boasts a screen size of 6.3-inches but still manages to keep the overall dimensions on the smaller side. However, it comes with a notch, something that not a lot of people are fond of.

So what else does the V9 offer? Let’s find out.

Talking about the build quality first, the V9 comes with a plastic build, but Vivo did a pretty good job with it to make it not feel like plastic. If you hold the phone for the first time without knowing that it is plastic, you won’t be able to tell either.

The back is extremely reflective and picks up a lot of fingerprints so you have to constantly wipe it off. On the back of the phone, you get the dual camera set up, along with a single flash. There’s also a fingerprint scanner right in the middle, which in our testing was very fast and responsive.

On the bottom of the phone, you get the microUSB port, a 3.5mm headphone jack, and a loudspeaker. The right side houses the power button and the volume rocker.

Move to the front and you come to the star of the show, the huge 6.3-inch screen with a notch on the top.

I don’t like the notch but I don’t necessarily hate it either. I also believe that bezel-less displays can work without a notch, as we’ve seen on most other smartphones. But whatever the reasons, Vivo decided to go with a notch on their phone but they did a good job of having a really great screen-to-body ratio.

Having such a high screen-to-body ratio means there should be a place for the sensors, front facing camera, and the earpiece and that is where the notch comes in, which houses all those.

The colors are accurate, the brightness is good and being an IPS panel, the viewing angles are great as well.

Vivo has also done a good job of making the apps on the V9 work around the notch. All native apps already support the notch. Applications from Google like, Maps, support viewing full screen but Chrome does not. It works similarly for most of the apps.

For applications that do not support full screen view, a black bar appears on top of the display, which also completely hides the notch. Since there are barely any videos with an 18:9 aspect ratio, let alone 19:9, there are bars on both sides of the phone when watching YouTube videos which eliminates the purpose of having such a large display.

Moving on to the performance, I applaud Vivo for their decision of going with a Qualcomm chipset on their phone instead of Mediatek, found in most Chinese mid-rangers. The V9 uses a Qualcomm Snapdragon 626 chipset along with 4 GB RAM.

As is the case with most mid-rangers nowadays, day to day performance was smooth on the V9. There were no lag or stutters when moving through the UI or during the animations. The loading time of applications was decent as well and their overall performance was satisfactory.

The gaming performance on the V9 also did not disappoint. Although games like Asphalt 8 and PUBG took a little while to load, the actual gameplay was not at all bad. The frame rate wasn’t high but it was consistent and games ran without any problems.

The 4 GB RAM on board also made sure that multitasking was a breeze. You can open up multiple applications in the background and you’ll still be able to switch between them without them shutting down or reloading from the start.

However, don’t expect too much if you open some resource-intensive applications.

The V9 has dual cameras, one of which is the 16MP wide-angle whereas the other is a 5MP depth sensor to shoot portraits and for bokeh mode.

The still images from the V9 were a mixed bag. In good daylight conditions, the results were great. The focusing was fast and the exposure in most photos was on point as well. Close up shots were incredibly detailed but some landscape shots lacked detail.

The 24 MP front camera is the main highlight of this phone, as was the case with the V7+. The resulting images are incredibly detailed. Photos are bright, the exposure is good as well and most of all, its low light performance is also better than the primary camera on the back. Which is sad, since I personally use the primary camera more than the front and would have loved the primary camera to be just as capable.

The Vivo V9 sports a 3,260mAh battery which is just a bit more than the V7+’s 3,255mAh battery. However, the battery performance is more or less similar to the V7+ and not an actual improvement.

My day starts at 6 AM and ends around 7 PM and during this time, the V9 didn’t once shut down on me and almost always had about 20% or so battery remaining. That’s not saying much since most smartphones manage that quite easily.

The screen on time was consistently around 4 hours to 4:30 hours and my usage generally consisted of running benchmarks, playing games, taking photos, using social media, alternating between Wi-Fi and 4G for most of the day.

Given my heavy usage of the device, it lasted well enough. A light user will obviously be able to get better battery timings out of the V9, so expect around a full day on light usage.

The V7+ was the first phone available in Pakistan with an 18:9 display and the V9 takes it a step further by having a huge 19:9 6.3-inch display.

The Vivo V9 pushes the boundary of what’s possible for mid-range smartphones by having a large display with minimal bezels, decent performance, and good cameras. This time, however, it is priced at Rs. 37,999 which is by no means cheap.

Given the advantages and features it has over most mid-range smartphones, it is still a better buy than most other phones on the market.