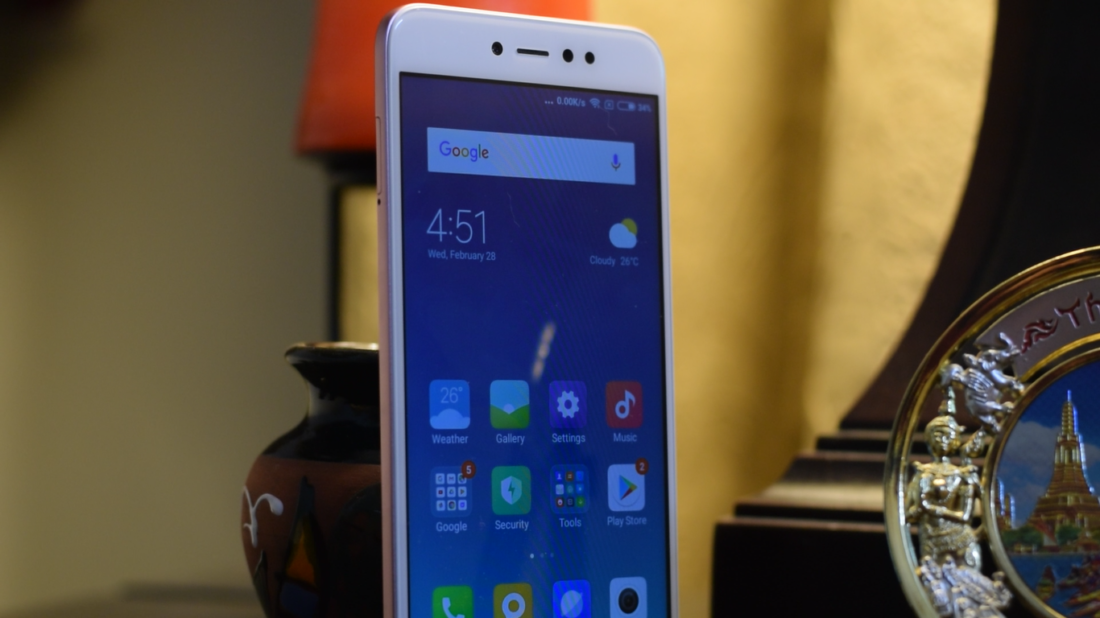 Xiaomi’s budget Redmi series offers a lot for a low price. How do the Redmi Note 5A and Note 5A Prime stack up against last year’s models? Check out the review to find out.

Xiaomi’s Redmi series is well known to cater to the budget segment of the market and in the past, they have launched great entry-level smartphones.

An example of this is the Redmi 4A which launched for just Rs. 12,900 and offered good enough specs to get through the day without any major hiccups.

Today we have with us the latest from Xiaomi, the Redmi Note 5A Prime, and Note 5A. While they both come with upgraded specs and under the hood changes, the price has also been bumped up to Rs. 21,499 and Rs. 16,900 respectively.

So, are they still worth the price tag? That’s what we are here to find out.

What you get from both these phones is more or less the same generic design from Xiaomi that we are used to seeing. That’s not to say that it is bad by any means.

On the back of the phones, you have the primary camera located on the top left corner along with an LED flash. The 5A Prime also sports a fingerprint scanner in the middle, something which the regular 5A lacks.

Other than that both have antenna lines on the back and Mi branding. The antenna lines are purely there for a design point of view since the back is actually made of plastic. Xiaomi actually does a pretty good job of making it feel like metal and had us fooled for the first few hours too.

On the bottom of the phone, you have the microUSB charging port, single loudspeaker, and microphone. The right side houses the power button and the volume rocker. The SIM tray can be found on the left side.

Both phones have a 5.5-inch display, on top of which you will find the earpiece, front-facing camera and your usual sensors. The 5A Prime has a front-facing flash as well.

Both the 5a Prime and the 5a feature a resolution of 1280×720 pixels which roughly translates to 267ppi. This is obviously not one of the sharpest displays around but what bothered us more is the fact that both the Prime variant and the regular variant feature the exact same resolution even though they both stand at different price points.

That said, both displays were quite good in term of color reproduction and saturation. The contrast was good too but we did find the display to be a little biased towards a cooler color temperature.

Our usage of the phones consisted of mostly Facebook, Chrome and playing a few games like Asphalt 8 etc. Both of the Redmis handled the stuff you threw at them with ease and didn’t show any signs of slowing down. You will be able to get consistent performance out of both these phones in your daily tasks, which is more than enough.

The 3D performance was not as impressive but still, it was good enough to get the job done. Resource intensive games such as Asphalt 8 had a noticeably lower frame rate but they were consistent and the game was playable.

The Note 5A Prime sports a 13MP camera with a f/2.0 aperture along with an LED flash. The Note 5A also uses the same setup but has a f/2.2 aperture instead.

The picture quality of both phones in daylight conditions was more than good enough. The images came out sharp and weren’t oversaturated either. Some of the pictures on both these devices were a little underexposed sometimes. However, HDR was there to save the day and it worked well to balance out the picture.

Move into low light, however, and the performance is as you’d expect from any other phone at this price point. Noise starts to show up as the camera tries to compensate for the low light by increasing the ISO. This obviously means a decline a sharpness as well.

The results were actually not too bad and were still definitely usable. One thing that we did notice was that both phones had trouble focusing in infinity in low light.

In terms of daily usage, both of these phones perform decently and reliably, as expected. But what it really comes down to is the price since both models have seen a price bump from last year’s Note 4A.

The major upgrade here is really the Note 5A Prime. The Note 5A carries the same specifications as its predecessor. Apart from the screen size, the processor is the same as well as the GPU and the camera. In fact, the battery capacity has actually decreased slightly on the Note 5A compared with Note 4A.

At the end of the day, the Note 5A Prime really is the best and worthy upgrade available. In its price range, it offers good specifications that give tough competition to its rivals.

Its biggest competitor in this price range is Xiaomi’s own Redmi Note 4 which undoubtedly offers better specifications in almost every category. However, it is an outgoing model which is now being replaced by Redmi 5 Plus and Redmi Note 5 Pro.