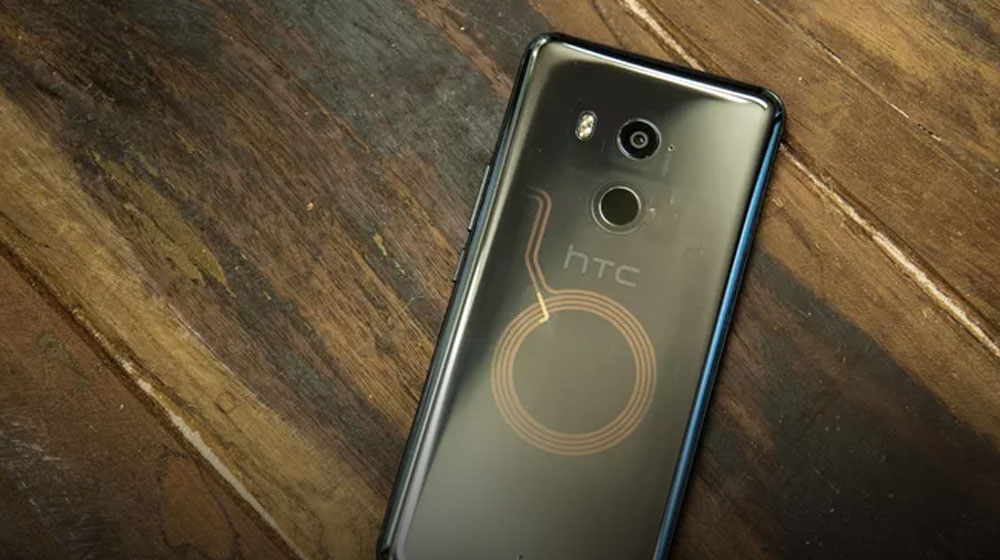 HTC has teased its new U flagship in a tweet. The phone will be revealed in the next few weeks.

After a long pause and a fair bit of leaks, it seems HTC is ready to fight with the big boys with its flagship U-series smartphone.

It will most probably be called the HTC U12 or U12+. To create hype for the phone, the company has teased it in a rather interesting tweet – the teaser in question shows the announcement date as 23rd May 2018 with a background showing off all the parts of the upcoming phone.

The caption reads “Coming Soon. A phone that is more than the sum of its specs.”

Coming Soon. A phone that is more than the sum of its specs. pic.twitter.com/m2skJSK0qt

The most interesting phone parts in the picture include two large and two small camera modules (for back and front cameras respectively). So, it seems the rumors were quite right suggesting that HTC U12/U12+ will have dual cameras on the back as well as on the front. The rear cameras will presumably have 16MP+12MP resolution with at least one of them sporting f/1.5 aperture.

Previous rumors about the device have revealed most of its specs, including the beastly Snapdragon 845 with 6 to 8 GB RAM.

The phone will be IP68 certified with a 6.1” QHD Super LCD display in the now-trendy 18:9 aspect ratio. Following in the footsteps of the rather ambitious but not so successful HTC U11+, the upcoming flagship will not have a 3.5 mm headphone jack. Staying true to its premium audio chops, the company will be including a stereo speaker setup for the upcoming flagship as well.

Edge Sense – a feature unique to Htc flagships since U11 will also be present on the new device. There are only a few weeks before the official announcement, so let’s hope the actual phone will be as interesting as the teaser itself.

What do you think will be the defining feature of HTC’s latest flagship device? Let’s know in the comment section below.