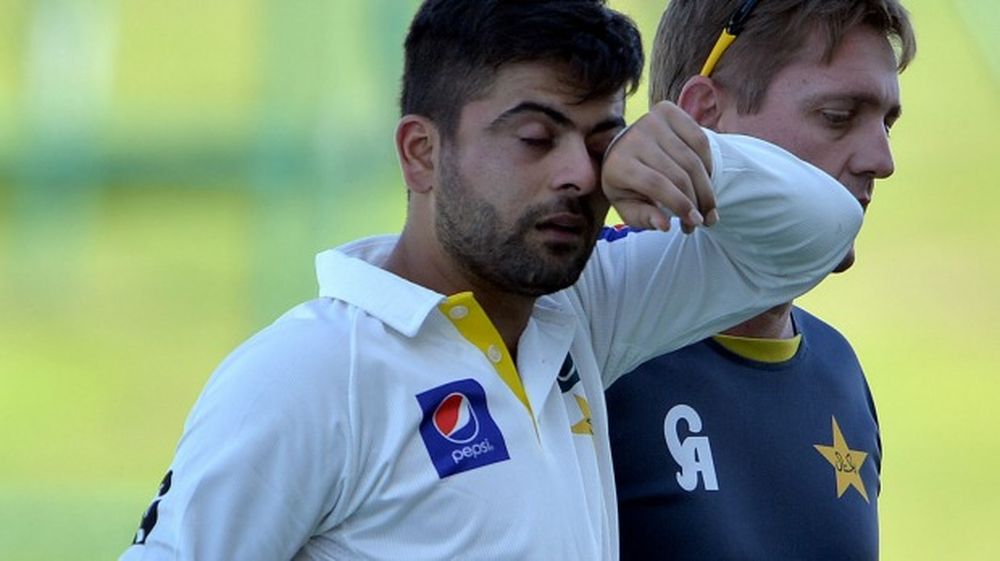 Ahmed Shehzad and Usman Khan Shinwari fined for misbehaving during the Pakistan Cup 2018.

Pakistan team’s opening batsman Ahmed Shehzad is in hot waters again. This time he recently indulged in a spat with a teammate after a run out attempt in Pakistan Cup 2018.

Given his unsporting behavior, Shehzad was fined by match officials for misbehaving once the umpire complained about this matter to the match referee.

Another new prospect of the national team landed himself in trouble as well. Usman Khan Shinwari, the left-arm pacer, was fined 50% of the match fee after the youngster misbehaved with a batsman after getting his wicket.

Shehzad and several other national team stars participated in the recently held Pakistan Cup 2018 in Faisalabad. He’s also leading the Balochistan team in the 50-over tournament.

Khyber Pakhtunkhwa and Balochistan teams faced off on April 30 where KPK batted first. KPK, while batting first, set a target of 373 for the Balochistan side in their fifty overs.

Balochistan started off well in response to the huge target, with Shehzad standing on 72 runs. However, the skipper got run-out soon after some confusion with batsman Rizwan Hussain at the non-strikers’ end.

The run-out was too much to handle for Shehzad as he used inappropriate language towards Hussain to express his feelings.

The umpire took notice right away and submitted a report to the match referee regarding the bad conduct of the batsman. Shehzad was subsequently fined over his unbecoming behavior.

He was in good form as he scalped 5 batsmen for 51 runs in the match. However, the excitement took the better of him as he went too far with his celebrations when he bagged the 5th wicket.