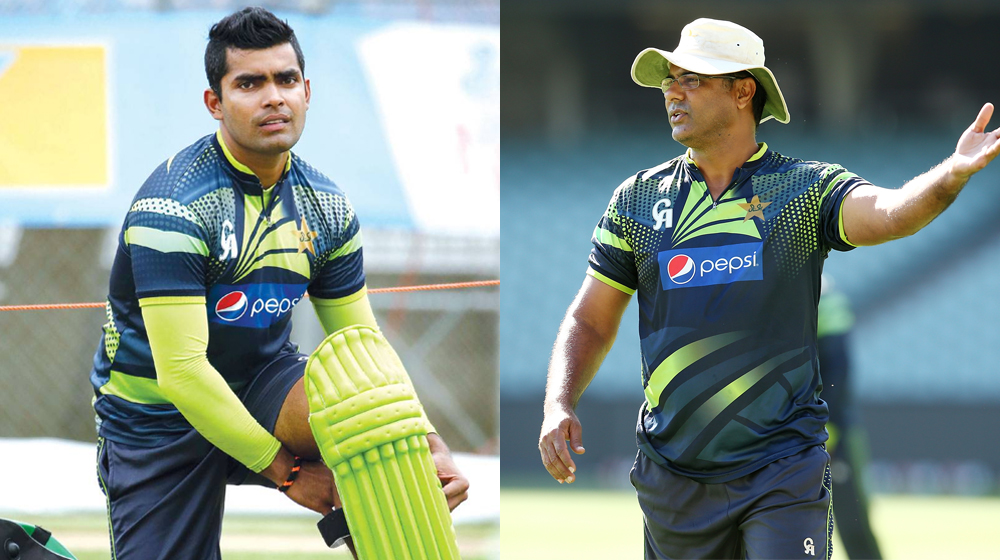 Following his continued exclusion from the national team, Umar Akmal has come forward and made some shocking revelations about the former head coach Waqar Younis.

The dejected Umar claims that Waqar Younis threatened to expel him from the national team if he refused to keep wickets in the Test matches.

This astonishing allegation was made during the final of the Pakistan Cup on Sunday, where his team Khyber Pakhtunkhwa suffered a 5-wicket defeat against Federal Areas.

Back from the Dead: Umar Akmal Confirms He’s Alive

Regarding the matter, Umar said:

Talking about the Pakistan cricket team, I accept that I refused to perform wicketkeeping duties in Test matches. However, I did [keep] in limited overs cricket for three [to] four years.

There our coach back then Waqar Younis told me to [keep] in Test matches, but I refused because we had a series ahead in Dubai, where Misbah ul Haq [the then skipper] used to play three spinners and one fast bowler.

I remember his [Waqar Younis] words, ‘I will see who will allow you to play cricket in the future’, to which I pleaded that I want to play for my country.

This is not the first time Umar Akmal has involved himself in a controversy as previously, he was in a constant word-war with Pakistan’s current head coach, Micky Arthur, who questioned his fitness and his ability to deliver on his potential.

Umar Akmal vs Micky Arthur: What Are People Saying About This Latest Rift

Even though Umar’s reputation has taken huge blows in recent times as he was also involved in a controversy, with his PSL franchise Lahore Qalandars, but if there is any truth to these allegations, there needs to be an inquiry against Waqar Younis as it is against the rules and the moral code of the game.

However, if Umar is found out to be the guilty party then the Pakistan Cricket Board (PCB) needs to ban him from representing Pakistan.