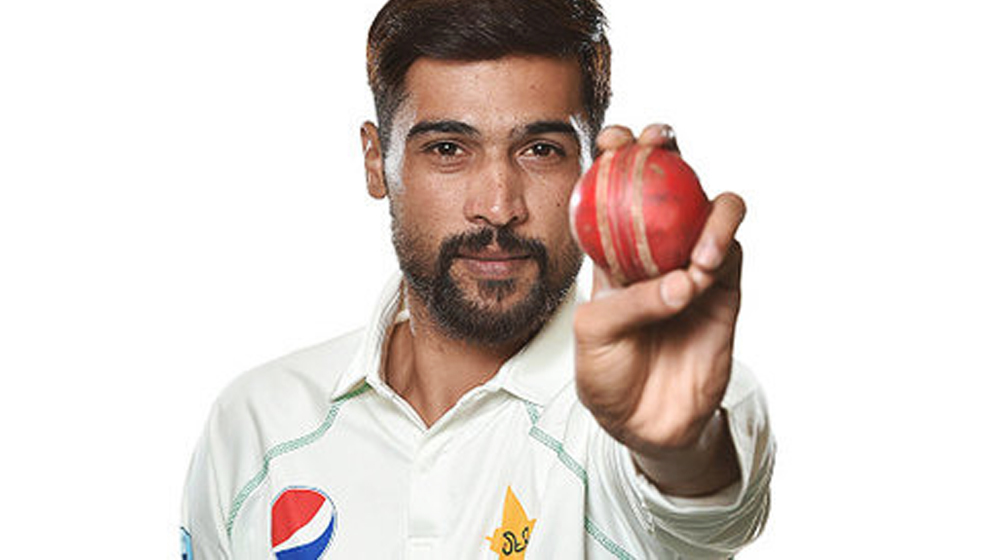 Following a difficult journey, Muhammad Amir has reached another milestone in his international career by taking 100 Test wickets.

The Pakistan spearhead reached the 100 wickets tally in the on-going Test match against Ireland despite having a chronic left knee problem.

With this milestone, Amir has become the only left-arm fast bowler, other than the legendary Wasim Akram, who has taken more than 100 wickets for Pakistan.

Amir went off after bowling only 3.2 overs but he managed to recover after physical therapy. Pakistan enforced the follow-on after Irish batting order collapsed against Pakistan’s vicious bowling attack.

Ireland resumed their 2nd innings at 64 for 0 on the fourth day of the Test match. Amir, however, was not on the field until the 9th over of the day was bowled.

Pakistan managed to take two wickets, one of which was a run-out by Faheem Ashraf. Struggling to breakthrough, Amir was brought onto the attack and he immediately responded with a wicket as he demolished Naill O’Brien’s stumps.

Amir carried on with his spell and again made a breakthrough, this time, taking the crucial wicket of Irish captain William Porterfield who departed after making 32 runs.

At this stage, Amir had taken 2 crucial wickets in seven balls without giving any runs.

The left-arm pacer, playing his 31st Test match, took his 100th wicket after getting rid of Gary Wilson who was caught in slips by Haris Sohail.

Muhammad Amir now has 100 wickets in 31 Test matches at an average of 31.45. The stats are rather remarkable for someone who spent five years away from cricket after being charged with spot-fixing allegations.

Pakistan’s bowling coach Azhar Mehmood has suggested that Pakistan need to utilize its resources i.e. players, much more carefully as fatigue can be a real concern in the longer run. He also suggested that Amir’s knee injury may also be related to fatigue.