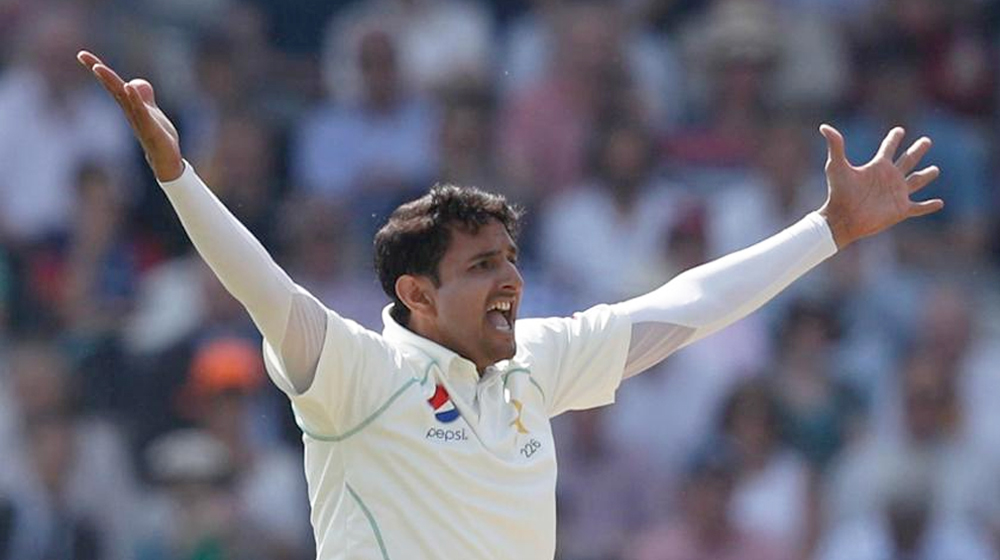 Pakistan paceman happy to have picked up the wickets of “the big players” Alastair Cook and Joe Root in the first Test.

Mohammad Abbas was the best of the lot in an outstanding Pakistan bowling attack in the first Test against England at Lord’s, a line-up that shot the home side for 184 and 242 to set up a nine-wicket win.

Abbas returned 4/23 and 4/41 to win the Player of the Match award, but was a bit disappointed at missing out on a five-wicket haul even though it helped him enter the top 20 of the MRF Tyres ICC Test Rankings for bowlers.

“Very happy. My first match at Lord’s, and to get the Player of the Match award … my aim was to pick up five wickets and get my name in the Honours Board, but it didn’t happen in either innings. But by the grace of Allah, I did get eight wickets,” said Abbas. “It was the first time I played in front of such a big crowd, and I enjoyed myself a lot.”

Abbas, 28, sent back both Alastair Cook and Joe Root in the England second innings after Pakistan had taken a 179-run lead following the first-innings exchanges, and that gave him great pleasure.

“The wickets of Alastair Cook and Joe Root made me very happy … I had it in my mind that in this series I wanted to get the big players out, that’s always my aim. I’m glad I was successful in that,” he said.

Not many bowlers from the subcontinent arrive in England, at Lord’s especially, and adjust so well to the famous slope at the historic venue, but Abbas didn’t have any problems and pointed to his time with Leicestershire for being Lord’s-ready.

“I have to thank the PCB [Pakistan Cricket Board] and the team management for giving me the permission to come and play for Leicestershire before the series. I trained at Leicester, and there’s a slope there too, like most other grounds here. You have to adjust,” said Abbas about his time at Grace Road in April.

He was also gushing in his praise for Azhar Mahmood, the Pakistan bowling coach. “Azhar bhai treats us like younger brothers. He keeps things cheerful and lively, and that’s a big plus,” said Abbas. “Even when he was in Pakistan, I used to stay in touch with him over WhatsApp and ask him questions. That has helped a lot, and now I have performed in Malahide [4/44 and 5/66 in the Test against Ireland] and here.”

While Mahmood has been helping Abbas since he came into the Pakistan team, the Sialkot man says he has learned most things he knows by watching Glenn McGrath and Mohammad Asif.

“My idols are Asif bhai and Glenn McGrath. I try to bowl like them, and I watch their bowling. I have played with Asif bhai too, in domestic cricket for Sialkot. I have spoken to him a lot. I try to bowl line and length like he does. I have also consulted him on my grips,” said Abbas.

“I have watched a lot of his [McGrath’s] videos. He has bowled so much, so many long spells, and I have followed those videos. I have bowled many long spells in domestic cricket, and whether as a batsman or as a bowler, when you play a lot, you know what your strengths are. You know what you have, and that has given me success.”

And just in case his heroics at Lord’s made one aware of the seven-Test-old paceman, Abbas is quick to point to his numbers: 40 wickets at an average of 16.62 and a strike rate of 40.8 including two five-wicket innings hauls, in matches played in the Caribbean, the United Arab Emirates, and now in Ireland and England. He is certainly the latest in a long line of superbly talented Pakistani pacemen all right.