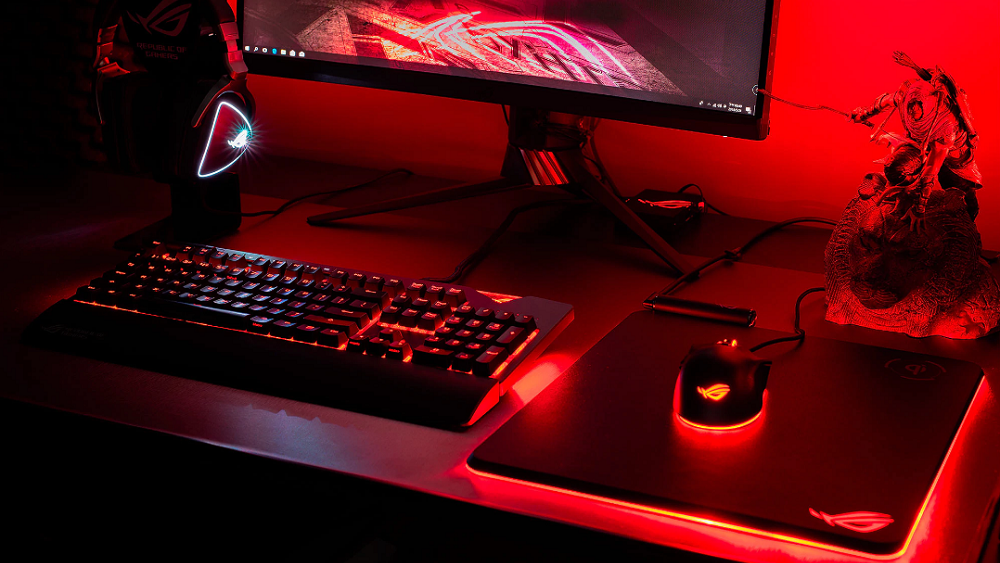 Joining the fray of companies such as Logitech and Razer that offer high-end mousepads is Asus, which is coming out with its ROG Balteus at Computex 2018.

The new mousepad brings a few new things into the mix, however, by far the most major of those has to be the new wireless charging surface. The top-right of the mousepad will charge any phone which supports the popular Qi standard, which should further bring value.

Also, like other ROG products, the ROG Balteus will come with support for customizable backlighting at the logo located on the surface, with the company’s Aura Sync technology helping you sync it better with your other ROG-branded devices’ backlight.

Asus is also ditching the more traditional landscape mode used by most mousepads today, in favor of a portrait orientation, which Asus reckons would take away the need to constantly pull the pad back-and-forth.

For people who don’t want the more high-end offering, Asus will also release a version of the mousepad which comes sans the wireless charging but retains the RGB. A cord is attached at the top-right to act as a power outlet for the Balteus.

Pricing and availability details of the mousepad are not known as of yet, however, just for reference, the Logitech G PowerPlay retails at $99, which would be the range we expect this product to launch it, too. Also, expect a few bundles of the product to be released with the Balteus coupled with a pretty eye-catching mouse.