National Electric Power Regulatory Authority (NEPRA) has finally allowed K-Electric (KE) to use imported re-gasified liquefied natural gas (RLNG) as an alternate fuel for its existing power plants. This development is expected to increase production costs by Rs. 3 per unit.

NEPRA, in its order, said that to bridge the demand and supply gap and to provide immediate relief to end consumers, the authority  has decided to allow immediate application of RLNG as an alternative fuel instantly, subject to an order of refund for the protection of the consumers. KE needs to ensure utilization of a minimum quota of 180 MMCFD gas.

According to the decision, NEPRA has allowed KE to use up to 60 MMCFD RLNG as an alternative fuel and 130 MMFCD of locally produced natural gas under the following terms and conditions:

The Authority said that it has decided to initiate proceedings to modify the existing mechanism of fuel cost components on account of RLNG. The Authority considered the request of KE for immediate application of RLNG as alternative fuel.

The Authority also directed KE to execute the Gas Supply Agreement with SSGC at the earliest.

An informed source from KE told ProPakistani that with this decision the production cost will increase from Rs. 6 up to Rs.9 per unit. However, RLNG is considered as a better fuel source than furnace oil.

“Furnace oil is not only expensive but it also lowers the production capacity. On gas, the power plant operates at up to 60% capacity compared to on furnace oil when the capacity goes down to 40%.”

The source further told that KE required about 190 MMCFD gas to produce 500 MW of electricity. As part of its revised energy mix, about 160 MW electricity will be produced on RLNG and 340 MW on locally produced natural gas. 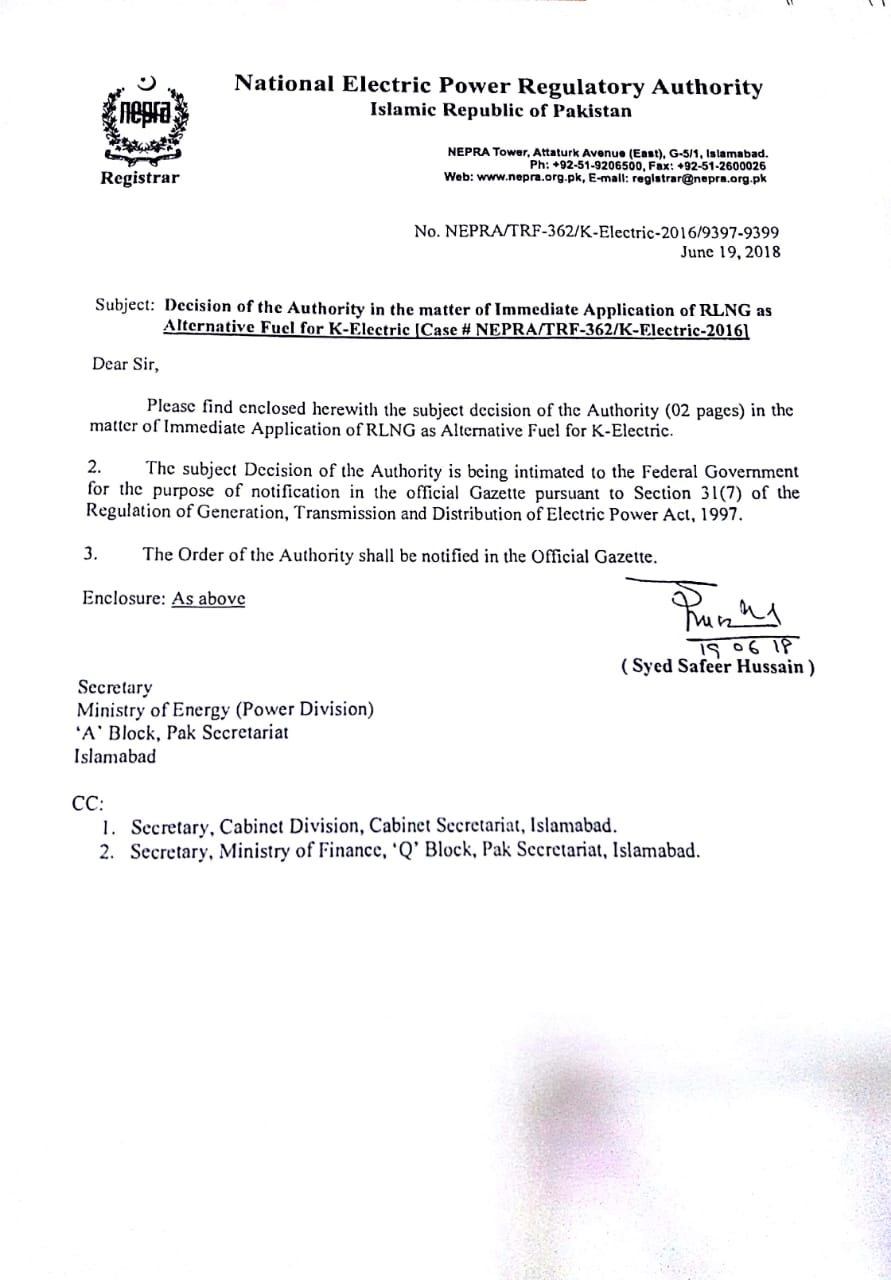 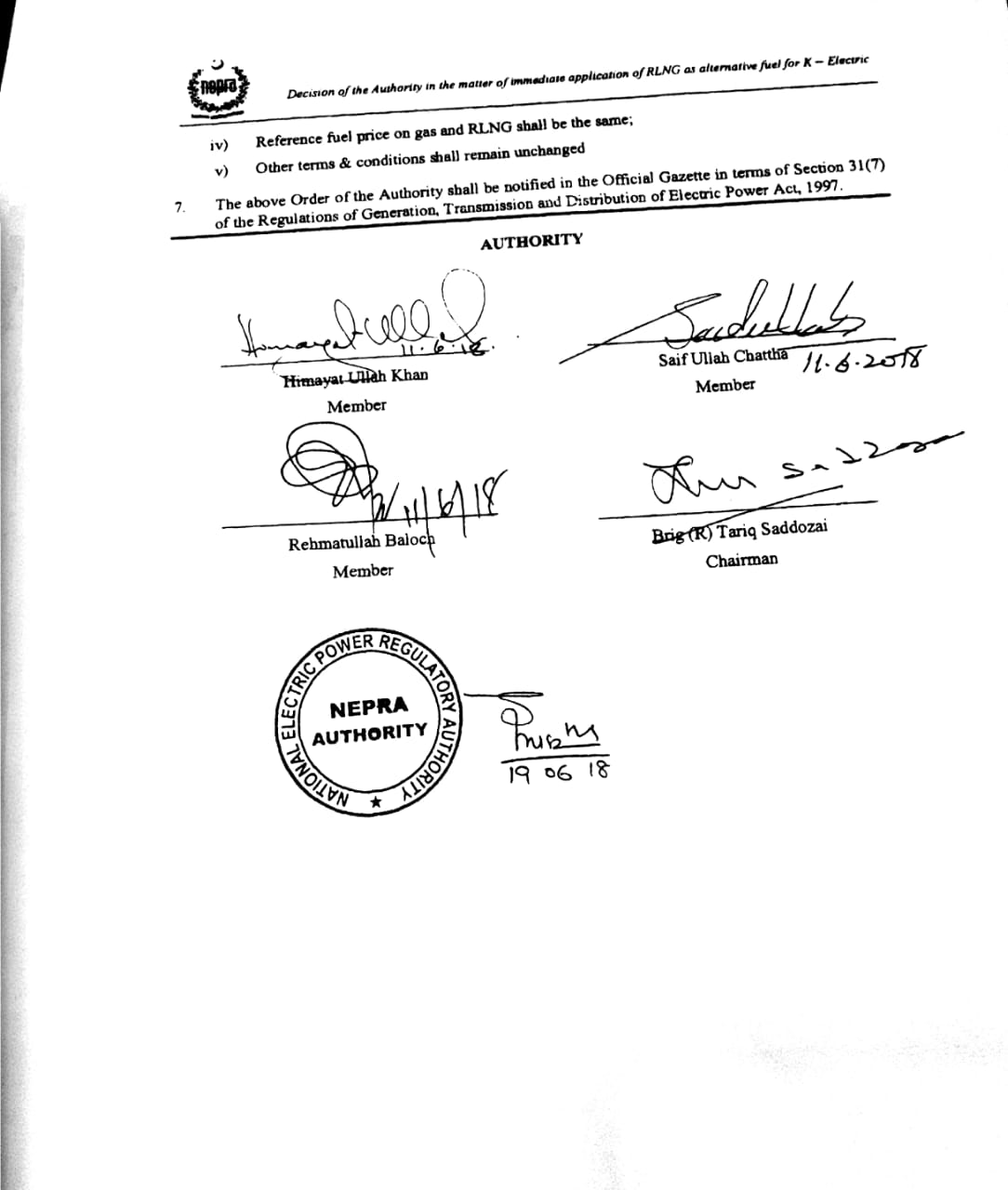 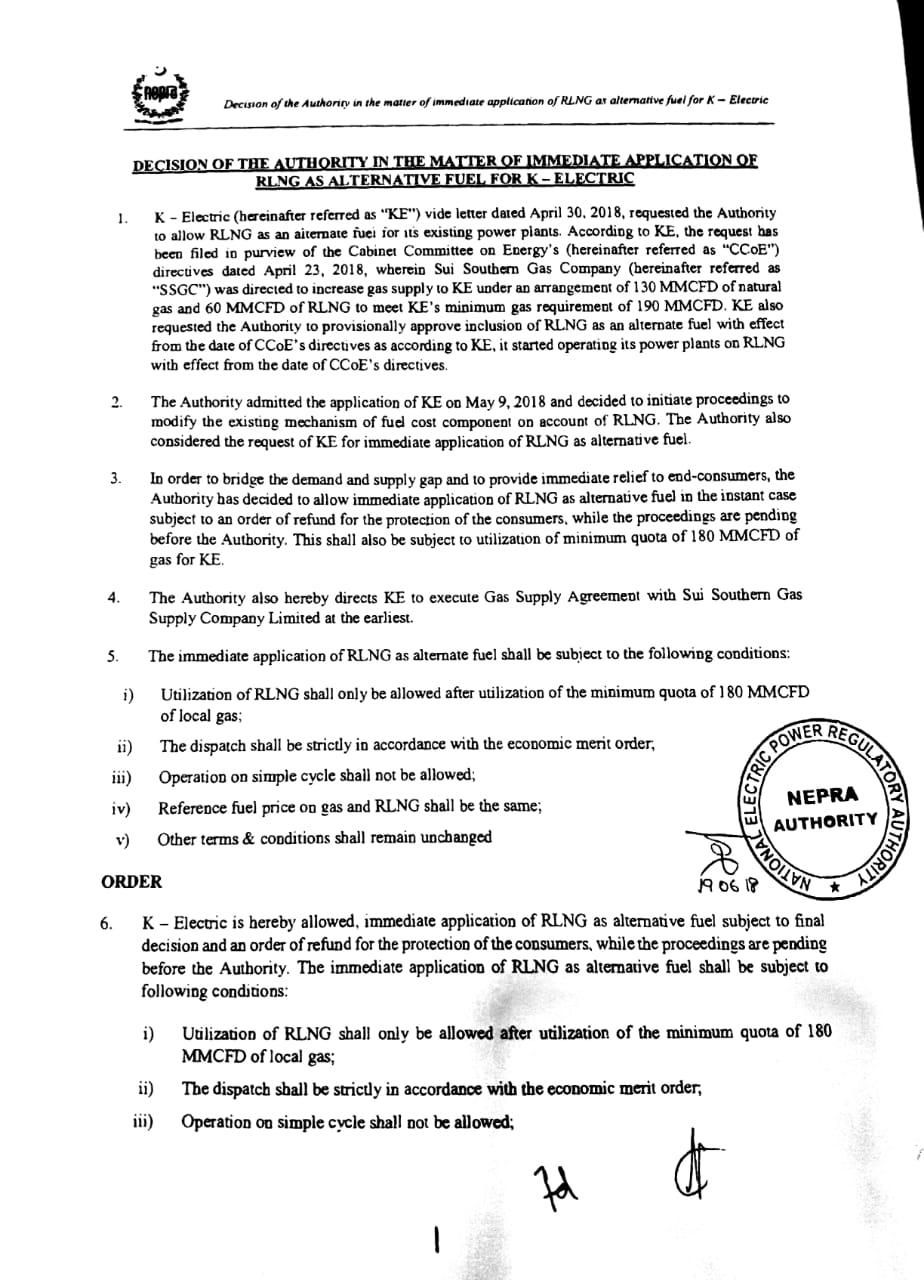