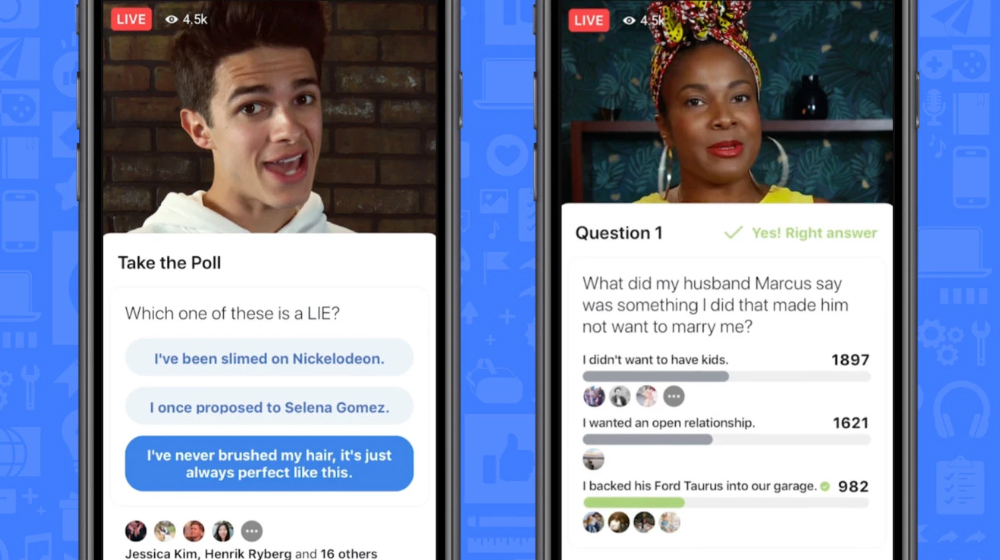 Facebook is rolling out a new “game show” feature that turns live videos into interactive quizzes in which the viewers can participate and choose their answers.

Much like the classical game shows we see (or used to see) on TV, participants stay in the show if they give the right answer or get kicked out for giving a wrong one. Facebook calls this feature gamification, and aims to allow viewers to interact with their favorite videos instead of just being passive spectators.

The “Game Show” feature comes with several different modes. Creators can also add polls to both live and pre-recorded videos that sum up the viewers response.

For now, gamification is only available to a selected few creators for testing. However, you can get access to it as well by applying for it online.

Our vision is to make video on Facebook truly interactive. Watching video doesn’t have to be a passive, one-way broadcast. We believe that many traditional formats — from game shows to reality TV and even scripted content — can be reinvented to be more participatory and community-centric.

Facebook says that several new game shows will kick off in the coming weeks on its platform, all based on gamification, such as: